As I have mentioned before, this trip has been quite unique for me after many years of traveling here with an entourage of residents, medical students and other attendings that require attention to details for others than myself. Don’t get me wrong, as those trips are really the reason that we continue to come, to bring neurological care to the people of Northern Tanzania where there are many patients and little access to this care. By bringing neurology residents from the University of Pennsylvania and Children’s Hospital of Philadelphia to teach the doctors here about the evaluation and management of these patients, we are capacity building in the grand scheme of things and the fact that we are learning as much, if not more, from doing so detracts little from our mission of capacity building in a region where these services just do not exist. Yet the ability to take a step back and to collect my thoughts has been greatly appreciated and has allowed me to spend more of my time connecting with the amazing staff at FAME, many of who I have known and worked with now for the ten years that I have been coming here.

Dr. Adam examining one of our younger patients

Unfortunately, just before my arrival this month, Dr. Anne fell down some steps and hurt her ankle so has not been able to work with us for the entire visit. If I didn’t know how much she loves neurology, I would have been concerned that she may not have wanted to work with me, but having worked with this amazing and caring clinician for the last five plus years, I am absolutely certain that is not the case at all and had she been in any shape to have been here, she would have done so. In her place, Dr. Adam has worked with me for the last three weeks and has been a very quick learner which is saying quite a bit for neurology, a subject that they is taught very little in medical school here as there are no departments of neurology nor many neurologists to speak of in the country. Adam trained at Muhimbili University, or MUHAS, which is the top medical school in the country and is in Dar es Salaam. This is the same program that Abdulhamid has just recently graduated from and I have been incredibly impressed with his fund of knowledge and clinical acumen over these weeks. He is new to FAME, having joined the staff in April, right in the midst of the pandemic with all of its confusion, but has managed to weather the storm like a champ and is thriving. He will make an excellent “community neurologist,” as I have come to refer to those who have worked with me, for he will have the necessary skills to evaluate and treat patients presenting to FAME with these disorders.

Abdulhamid examining one of our young patients

The other two individuals who have worked closely with me for the month are Abdulhamid and Revo, both recent graduates of their respective medical schools (Muhimbili for Abdulhamid and KCMC for Revo) who will be starting their internships next month and have chosen to spend their last free days with me, here at FAME, to care for our patients and learn more neurology. Abdulhamid was born and raised in Karatu, in the shadow of FAME, and many of his family members are currently on our staff as FAME is the largest employer in Karatu. His aunt, Asha, has been the head of housekeeping for years and when he was on break from school two years ago, he decided to come here to volunteer for the month, only to be directed to come and help us with our patient translation. And, as they say in the business, the rest is history. Not necessarily knowing that he had a tremendous interest in neurology when he started, he has now worked with me on four successive trips and has developed not only a keen interest in the discipline, but more importantly, has found that he has the necessary instincts to be a wonderful and capable neurologist in the future. As many of you know, with the help of the Center for Global Health at Penn, he traveled to Philadelphia one year ago and spent the month observing various aspects of neurology. Not only did he thrive there, participating in patient rounds on various services, but he also spend time with our residents and medical students educating them on what medical education and the practice of medicine is like in Tanzania, a perspective that to which they would otherwise never have been exposed. 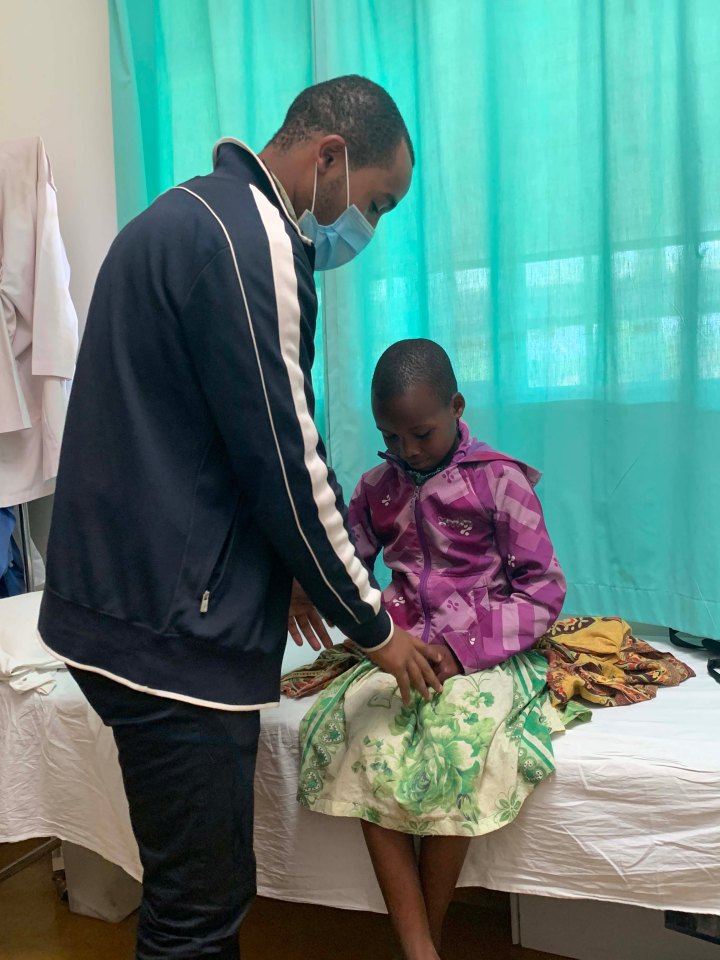 Abdulhamid examining one of our young patients

Likewise, Revo came to FAME over a year ago, having heard of our clinic from somewhere, with a letter from KCMC asking if he could spend the month with here. In principle, FAME has not allowed medical students to rotate on campus as it is outside of our mission, which is primarily to work directly with the staff and to assist them in improving patient care and the health of the community, something in which medical students cannot necessarily participate. Since we were here, it was suggested that Revo work with us and, not to be redundant, the rest is history. With plans to do ophthalmology in the future, neurology was not an area where he had necessarily planned to focus, but now having worked with us on multiple occasions, he has come into his own and can now take an accurate neurological history and can perform an accomplished neurological examination. Not planning to completely abandon his hope to become an ophthalmologist, he is now hoping to pursue neuro-ophthalmology, a specialty that very likely has few in all of the African continent and I am confident that he will accomplish this feat if he still wishes to do so in the future. Watching his transformation from a novice to a skilled neurological examiner reminds us all of exactly why we are in this business of education. Revo truly gets it and watching his face light up with that knowledge is all one needs to see to know that it’s all worthwhile.

One thing I have not mentioned is that both Abdulhamid and Revo passed their examinations after medical school so that they are now both bona fide doctors! That is a huge achievement and they both deserve congratulations for having achieved that milestone. Now, it is off to their internships as their first step in training.

If one were to ever inquire as to why I am here, I would merely point to these individuals and all the others who I have worked with here over the last ten years as an explanation. And that would not even touch the entire other half of the equation, being all of the residents and medical students that have come with me over the years and who have had the chance to experience FAME and Tanzania, and, perhaps more importantly, the people here who are all so happy and grateful for our presence and the care that we provide. Many of those who have come may had already known of their interest in global health and health equities, though many others have come to realize the incredible good that can be done in this arena and have now chosen to pursue it after their visits. And yet others, who may have had different career goals such as research, for instance, may not do global health again in their career, but will be a better clinician and, even more so, a better person, for having spent time here. 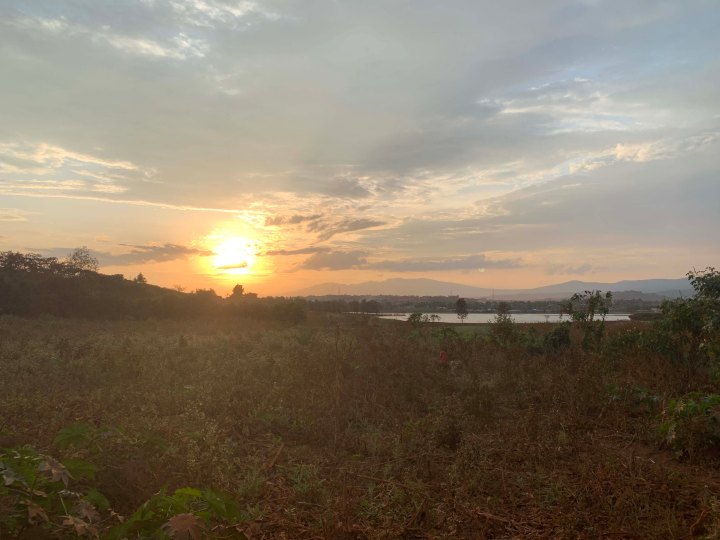 Our clinic was a rather slow one, but we did see our normal smattering of epilepsy patients, one of who was a delightful 10-year-old girl who had been well controlled on valproate, but unfortunately, her medication had been discontinued for financial reasons. Having not received her medication for some time, she was, of course, seizing once again and it was incredibly discouraging for us. This is often our most common hurdle to providing necessary care and the one that we are constantly working on ways with which to remedy. Working with an NGO necessitates developing solutions that are quite different than working in the public sector and requires a completely different skillset and resources. We did what we could by supplying the family with a greater amount of medication than is normally given and encouraged them to continue following up with the hope that one of solutions will come to fruition in the near future and enable us to provide a much greater supply of medication specifically for this very unique disease that is so very treatable.

I was able to arrive home in time to hop on my bike and head out, exploring more of the Karatutown region with its incredibly dusty and hilly roads. I found a route this time that took me well beyond the small lake that I had found earlier and ended up riding on small walking paths that pass through local fields, being incredible careful not to damage any of their crops along the way. I’m sure the children in this area, who all waved and greeted me along the way, were a bit surprised to see an older mzungu riding through the fields this far from town, but I’ve always enjoyed doing things a bit out of the ordinary. The area here is perfect for mountain bike riding and even though I’m not the most proficient at it (I’ll have to admit that I’d take my road bike over this any day of the week), I was having a great time and it was great exercise. I only wish that I had been able to do a bit more riding while I was here, but given it was first time, I was pretty proud of myself for having made the effort. I’m sure I’ll do more in the coming years.

A bike path through the fields

Abdulhamid’s mother had invited me over for dinner to their house tonight and, as I have come to learn over my many visits, these are invitations that are significantly meaningful in many ways. Having a guest to your house is something very different here than it is at home. To begin, no one would ever consider having a guest visit their home, regardless of the time, and to not present them with something to eat and typically an entire meal if it’s even close to a meal time. It is considered a dishonor for the host not to do this and I have learned, frequently the hard way, that this practice is taken very seriously. I cannot tell you how many times I have gone to visit someone after having eaten an entire meal at home to then be presented by the host with another entire meal and expected to eat it several helpings. Thankfully, tonight I did not make that same mistake and had a delicious dinner, including nyamachoma specially ordered for my visit, with some of Abdulhamid’s family members. The food and the company were great, though no one other than Abdulhamid and me spoke English, a fact that I was reminded of repeatedly throughout the night regarding my poor Swahili after having spent so much time here. Perhaps someday I’ll spend more time here consecutively to focus more on this deficiency, though I’ll be the first to admit that I have never been very good at languages (to which my family will attest) and even more so in my advancing years.