There is little question that delivering healthcare in a limited resource setting can, and most certainly will, be incredibly challenging regardless of how it is structured or funded. The great success of FAME is partially driven by its accessibility to those in the Karatu district, where most patients can reach us by foot or the occasional public transportation that runs in this direction. Though our neurology mobile clinics are held in the more remote corners of the district and it is certainly more convenient for patients to see us close to their home, they can get to FAME when it is necessary for them to do so, such as for diagnostic testing or even refills of their medications. And then there are those regions where it becomes just too difficult for patients to reach us, either due to lack of transportation or to its cost even when it is available. Loliando is one such place that is near the border with Kenya that is a rough seven-hour bus ride from here over roads that many would never attempt for fear of ending up in a ravine. I visited there several years ago, not to provide any medical care for my permit does not allow me to do so, but to visit a camp that borders the Northern Serengeti and to check out a local hospital in the nearby town of Wasso.

Tarangire is the region that surrounds the national park of the same name and is the home to very many Maasai, similar in nature to the Ngorongoro Conservation Area, though perhaps not nearly as remote. Over the last few years, we have seen more patients from this region, all of who are Maasai, and they have been brought by a Maasai chief or elder who has shepherded their care in a manner that has clearly benefited them. He has organized trip to FAME in which a number of patients have been brought at the same time and today we were planning on a large group coming with him. With his supervision, we have had a far better chance of patients remaining compliant on our medications, but it is still very difficult for them to make the trip too often and we found that a number of them had been unable to fill their medications since their last visit here. They were to have arrived as early as possible so we could make sure they were all seen, but of course, this is Africa, or, as Frank always reminds everyone, “TIA.” Being a neurologist, these letters have a far different meaning in our vernacular as they stand for “transient ischemic attack,” or what some might call a “mini-stroke.”

One of our Maasai patients 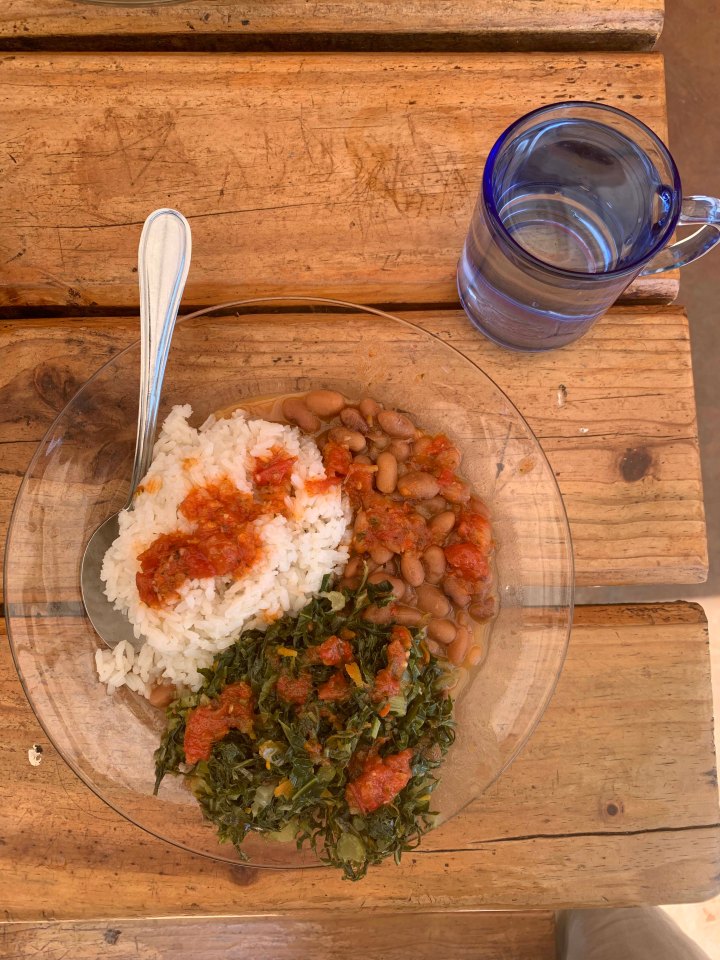 I was still on quite a high from our trip the day before, but it was back to work and we had several days of neuro clinic to get through before the weekend. I had planned to go to the Serengeti next weekend on my own, but in the end decided against it as I was finding the very low key evenings in the Raynes House with my computer and music quite enjoyable, indeed. Though I’ve been to the Serengeti quite a few times before, it is a very magical place and it never gets old, but it just didn’t feel quite right in the end, so I will plan to visit it next year when the residents, if they are allowed to come by then, as well as with a friend who I hope to share it with. Our first patient of the day was a young boy (not from Tarangire) who we had seen before who was born with a flaccid paraparesis and was completely unable to walk. Unfortunately, he also had a very severe sacral decubitus ulcer (bedsore) that we had recommended they go to Haydom Hospital for since they were close, but they had never gone. It was necessary for us to fully examine his ulcer and it was quite deep and down to the bone, but did not appear infected at all. We sent him over to the OPD for the nurses to clean and dress, but before we did so, Revo noted that he had a tuft of hair in the lumbar region about the ulcer that was very possibly related to his inability to move his legs are he probably had a spinal tube defect that was not severe enough to have required surgery at birth, but had still left him with severely damaged nerves going to his legs. Pursuing this now would have served no purpose as there was no corrective surgery that would help him in any manner and it would have only been for academic purposes that we would have pursued it.

One of our patients from Tarangire with the elder in charge

Ultimately, the group from Tarangire did arrive and the fact that there were twelve patients meant that we would have to spit up into two teams to get everyone seen. This had worked well at RVCV, so Abdulhamid and Adam worked together again and Revo and I dislodged our triage team from their space so that we would have another examination area. Two of the patients that we saw were both Trisomy-21, or Down syndrome, patients. Marissa Anto had written a wonderful piece that was published on the FAME website a year ago about a very lovely six-month old baby she saw with the mother and had discovered that there is no word for Down syndrome in Swahili and that these children were often hidden away from society with little care given to their needs. The two adolescent boys that we say were obviously well-taken care of, though we had previously recommended that one of them go for vocational training, but it hadn’t happened due to the cost. The other boy had been referred to the government rehab center where care is free, but unfortunately, the family must stay with the child for several weeks and the cost of such a venture is typically out of the reach for most families. Though we explained to their chief the need for these referrals, and he clearly understood, the issue remained that their families did not have the means to provide these services. Other than checking their thyroid levels, which is necessary as many of these patients are hypothyroid, we had little else to offer them at the moment, but asked them to continue coming back so that we could at least monitor them going forward. Another of the patients from Tarangire was a young girl with epilepsy who had been doing incredibly well on her medications, but as is so often the case, her family either couldn’t afford her refills or couldn’t get back for them. She was having seizures again and it broke our hearts as she was a very normal child developmentally and the last thing we wanted for her was to have to miss school because of her seizures. The schools here are just not very tolerant of children with any disability and will very often not allow them to be in school. We spend a great deal of time with her parents stressing the fact that she needed to take her medications consistently to prevent her from having seizures and injuring herself. I have mentioned in the past the huge issue here with severe burns secondary to patients falling into open cooking fires when they have a seizure. There is also the issue of SUDEP, or sudden unexplained death in epilepsy, which is a complication seen most often in patients with poorly controlled seizure disorders and one of the biggest reasons that we strive for complete seizure control in patients if at all possible. The tremendous dilemma that we face here regarding the inability to maintain patients on their medications due most often to financial reasons when they have a completely treatable problem such as epilepsy has been one of our most challenging issues and something that we continue to focus on every day. One of our young Maasai patients

2 thoughts on “Monday, September 28 – A visit from our Tarangire group….”