Today is the first day of our week-long neurology mobile clinic, where we travel to four local villages in the Karatu District that are more remote and usually require anywhere from an hour to an hour and a half travel by safari vehicle from Karatu. I first began providing this service in 2011, with the help of Paula Gremley, an expat who had lived in Tanzania for a number of years providing help with social services for neurologically impaired children through her own NGO, and Amir Bakari Mwinjuma, her Tanzanian partner in the project. Paula and Amir were the first to take me to the villages of the Mbulumbulu region of the Upper Rift and I have been coming back ever since to provide neurological services to this rather remote corner of Karatu District that was settled exclusively by the Iraqw in the years past. Paula accompanied for a few years, but traveled back to the US for personal reasons several years ago. With FAME’s continued support, though, I have been able to continue these clinics each time I am here (barring political or weather events that prohibit our travel here) and bringing residents to these amazingly beautiful parts of Tanzania is always a highlight of their visit here. 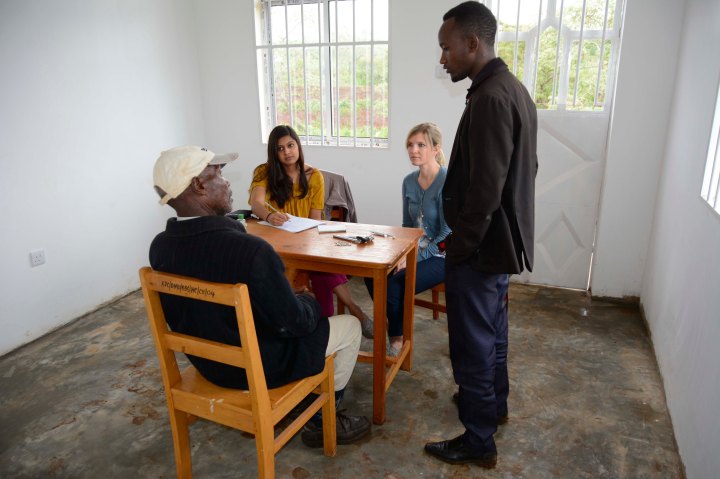 Susanna and Mindy evaluating a patient with Emanuel 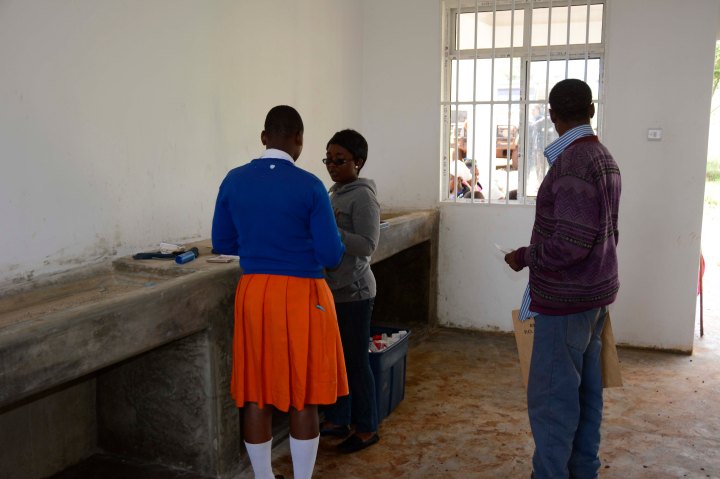 The clinics vary in size, often depending on the weather or the time of year (i.e. harvest time), but there are always some patients who come to see us, many of them returning every six months. It is not our mission to provide general medical care in these locations, as they do have dispensaries where there are typically clinical officers to provide that care and our purpose is to exclusively see those patients with neurological illness only. This can be challenging and requires a bit of triage, though we have angel to do that for us this year. It is always tough to tell at times whether someone has a neurological problem until you have evaluated them so we often see patients with osteoarthrosis (run of the mill arthritis) or what they refer to here as “GBM,” which means, “generalized body malaise,” but has an entirely different meaning in our world as it refers to glioblastoma multiforme, or one of the most aggressive primary brain tumors that has a very poor prognosis even with treatment. When I kept seeing this written in the charts of patients here, I wondered to myself why there was such a high incidence of this malignant brain tumor here. Thankfully, I was in error. 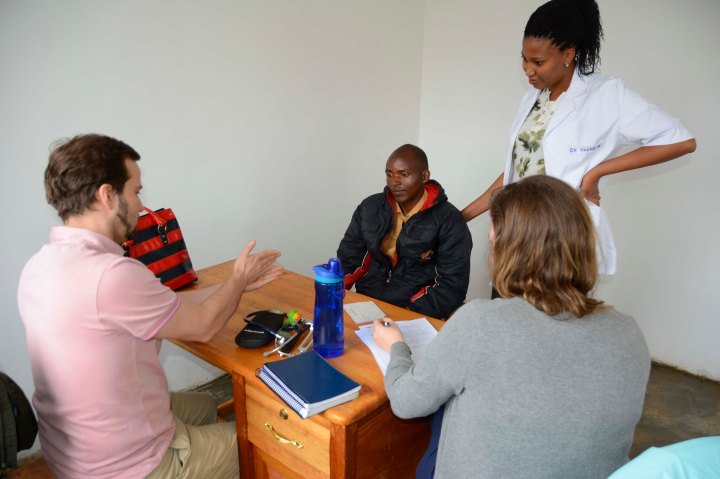 Susan and Johannes evaluating a patient with Dr. Jackie

The first clinic of the week was to be in Kambi ya Simba, or lion camp, that is a small village it the Mbulumbulu region and just shy of an hour away. The roads to the Mbulumbulu region can be very treacherous in the rains and I’ve managed in the past to get my vehicle hopelessly mired in the mud, having to be rescued by Ema, one of our FAME drivers and quite to often my hero here when I seem to find myself in trouble on the road. Roads here become skating rinks in the rain as the “Karatu clay,” the orange or ochre clay that coats everything on the roadside in the dry season when it is dust and everything underfoot and under tire when it is wet, becomes a slippery, sloppy mess. Add to that that deep drainage ditches on the side of the road that are formed by the quick downpours that occur here, and you have a sure bet to spends hours trying to extricate yourself should you happen to slide off the driving surface. These days, during the month of March, I have a driver from FAME take us to Mbulumbulu, and the other sites if possible, since they are much more experienced at driving here than I am.

Mindy and Susanna evaluating a patient with Dr. Jackie

As I mentioned, the road to Kambi ya Simba is close to an hour from Karatu, and by the time we get our lunches, waters and anything else for the day, it always seems like we arrive between 10:30 and 11am for our clinic. Just shy of the dispensary where we are seeing patients, a huge panel truck that we are following up the hill became stuck, delaying us for several minutes while it was being dug out, though we eventually were able to drive around it with only minor trepidation. As we pulled up to the dispensary here, I barely recognized it as there is so much construction going on. The first two years I came here, I saw patients in the field by the church using a desk and chairs to sit on under the open sky. Then we began using the labor ward and over the last two years have used a new building they had constructed. Now there are nearly a dozen buildings where there used to be none and we’re given our own building, though they did have to carry desks and chairs for us to use to see patients. 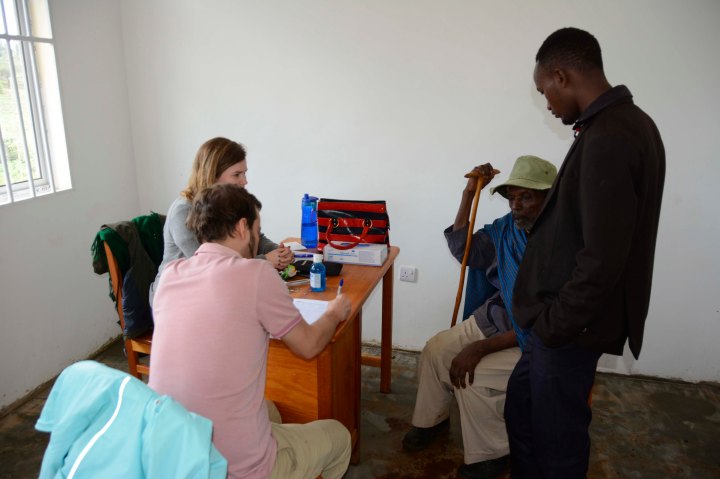 Johannes and Susan seeing a patient with Emanuel

The truck we had driven around was actually heading here to deliver construction supplies to the jobsite and arrived shortly after we began to see patients. Previously, we had seen numerous epilepsy patients here, but none of them seemed to return which is always a bit worrisome considered the now more realized issue of SUDEP, or sudden unexplained death in epilepsy, in patients with epilepsy that is more prevalent in patients who are poorly controlled with their seizures. The patients today turned out to mostly be those with arthritic pains or “GBM” and neurological disorders were few and far between, unfortunately. We were not overwhelmed with patients, but since we started late, it took a while for us to finish causing us to arrive home a bit later than anticipated. I think we were all a bit overwhelmed from our experience yesterday, and so were all pretty much exhausted as we headed home so decided to have our dinner and then a relaxing evening at home.

Susan and Mindy evaluating a patient with Emanuel