We had originally be scheduled to leave for Arusha on Thursday (tomorrow), but I decided that it would be more comfortable for everyone to stay here tomorrow night and leave for Arusha Friday morning since the residents were not departing until the evening time. Today was supposed to be our last clinic, but we decided to see patients tomorrow if necessary, and, as we’d soon find out, just being here is akin to being available to see patients. Today’s clinic was again fairly full, though we didn’t have to turn away anyone, which was important. We ended up seeing approximately 25 patients when I had a maximum number of patients set at 30. 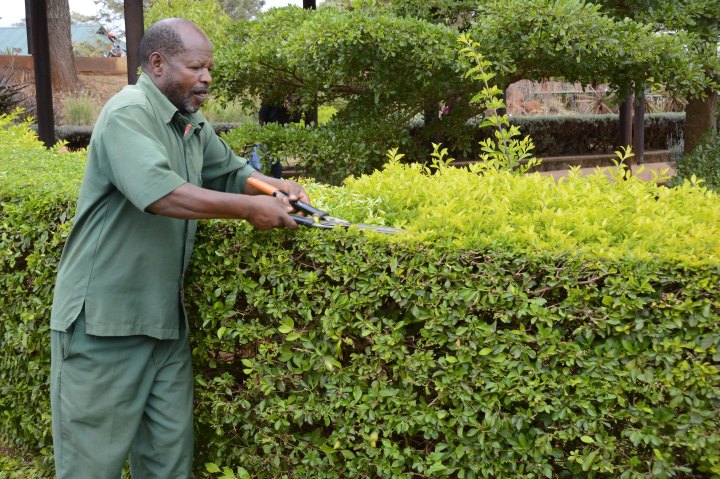 Trimming the shrubs at FAME

Being here for the month often allows us to see patients back in follow up after initiating therapies to make decisions about doses, side effects and effectiveness of the treatment plan. One such case was a patient of Sara’s who had come in earlier and was now being seen back in follow up. The child was about two years old, I believe, and was not only delayed in its development with some mild hypotonicity, but was also having some abnormal movements that were difficult to tell whether they were seizures or some choreaform movements. The movements were quite frequent so it would be easy to start the child on phenobarbital and then bring her back to see if it had any effect on the movements. Also, if they were seizures, this might also have been contributing to her developmental delay in which case she might improve if they were treated effectively.

Our final patients of the afternoon

Much to our pleasure, when mom and aunt returned with the child, they reported that she hadn’t had any further movements since starting the phenobarbital. And perhaps even more importantly, the child was clearly more alert when she returned suggesting that the seizures were indeed contributing to her delay in some fashion. Her family was quite happy with the results so we continued her on her phenobarbital and instructed the family to bring her back to FAME if she began having movements again in which case her medication could be increased. We also encouraged them to return to see us in March when we’re here again so we could reassess how the child was doing.

Charlie, FAME’s dog, who hung around with us and even escorted everyone on walks outside the compound

We did see a number of other follow up patients during the day, to check up on their medications and results, and even though most were doing better after being seen, none that day gave us quite the feeling of satisfaction as our young seizure child. Often, though, it can be something quite simple that we are helping with, but it still makes a huge impact on the patient and family and we must always remember that. In a place without neurologists, providing even the most minor of diagnoses can make a huge difference in someone’s quality of life or prevent them from being treated by with the wrong medications. A young man we saw several days ago that came from Arusha had been seen in Nairobi and Dar by specialists and had had many imaging studies for his diagnosis of epilepsy, but in the end, it was the video that his parents provided to us that made all the difference. He was clearly having non-epileptic events based on the video, but unfortunately we couldn’t be 100% certain he didn’t also have epilepsy, so we continued him on medications, but counseled the patient and family on our concerns. When we return in March, hopefully he will be better and we can consider discontinuing his AEDs.

Walking home along the corridor between the hospital wards and the operating rooms.

At the end of the day, we were able to relax just a bit with dinner and then had plans to go out to Happy Day (not “Days” as I had previously noted as someone pointed out the sign to me this evening), which is the pub where all the expats now meet on Wednesday evenings. It’s a large multinational group and tonight I spent quite a while speaking with a gentleman from Canada who has been coming for seven years as part of their non-profit project to build schools, having just completed a vocational school, that they then turn over to the community and the government. Their program has been very successful in bettering the education of students in the area. 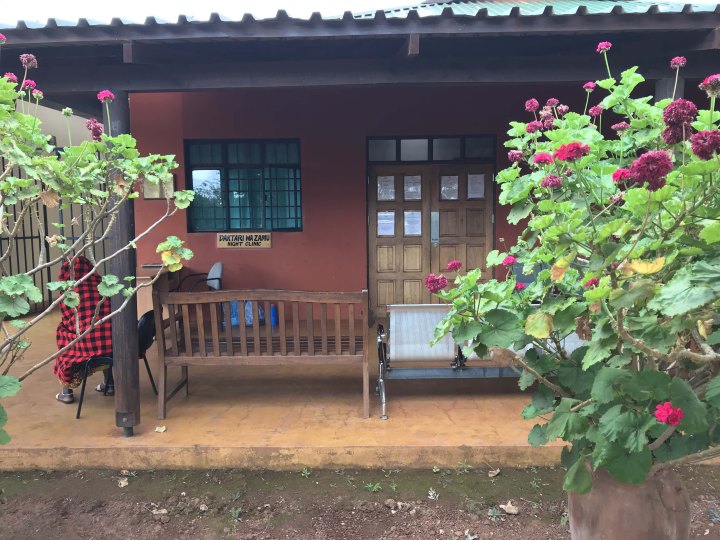 Outside of the night office that was the neurology clinic during our visit. After hours

It was so refreshing to speak with others about the work they were doing and we were again the only medical volunteers there. Others were educators, engineers, accountants and the sort, all here for various amounts of time to give of themselves volunteering or either accepting small stipends to better the lives of Tanzanians while they are here. Though there is a significant generational gap between myself and most of the others here, there is still a camaraderie generated by the work everyone is doing along with the sense of well being that comes from volunteering. 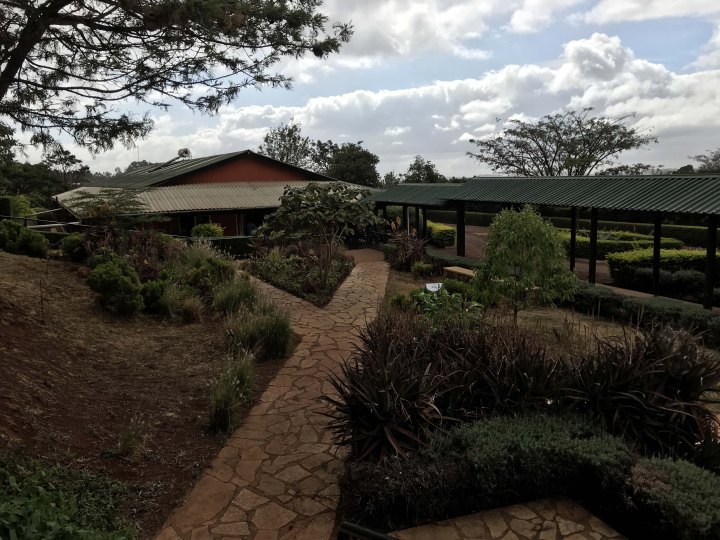 It would be remiss of me to fail to include the fact that after Happy Day, we all ambled over to the Golden Sparrow, which is the new dance club in Karatu, to listen to some music and do some dancing. Everyone enjoyed himself or herself and it was a great way to release any stress one had from the day of seeing patients (though I honestly can’t imagine having any here, despite the long days). It was a wonderful time for all and I think everyone slept a little more soundly this night, as we would have our final, though, unofficial, day of seeing patients tomorrow.