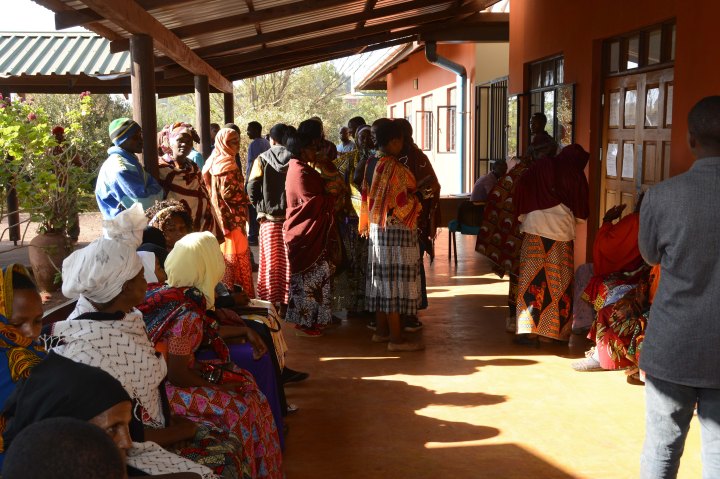 Our crowd of patients to be seen on Wednesday morning

Certainly by Wednesday, we had expected things to be a bit more sane as far as the patient numbers, but that was not what we found to be the case as the onslaught continued. In the past, our volume had always dropped off as the week went on and had become more manageable every day so that by the end of the week we fully able to handle all the patients without having to limit the number of patients we could see. Today, being hump day, it was as busy as ever and we were still making a list of the patients that came as we could only see 30 in the day while the others were sent home to return the following day. Obviously, our hope was that the numbers would decline a bit and we’d catch up by Saturday, our last day of the week here before starting mobile clinic all of next week. There were more people today than each of the previous two days, though.

Our crowd of patients to be seen on Wednesday morning

We again ran three rooms so we could actually get everyone seen and the patients were a smattering of the typical patients for us without any particular skew. We had patients with memory loss, back pain, numbness, developmental delay, headaches, and, of course, seizures. We had Dr. Ken with us again along with Baraka and Emanuel, both of whom were planning to spend the entire week with us. It was another very long day of patients with us seeing a few over thirty or approximately ten per resident which is a good number considering most of the patients were new to us and even the follow up patients are often complicated because of the difficulty getting a complete history and the fact that medications are often stopped or changed without good documentation as patients may be see elsewhere in between our visits. 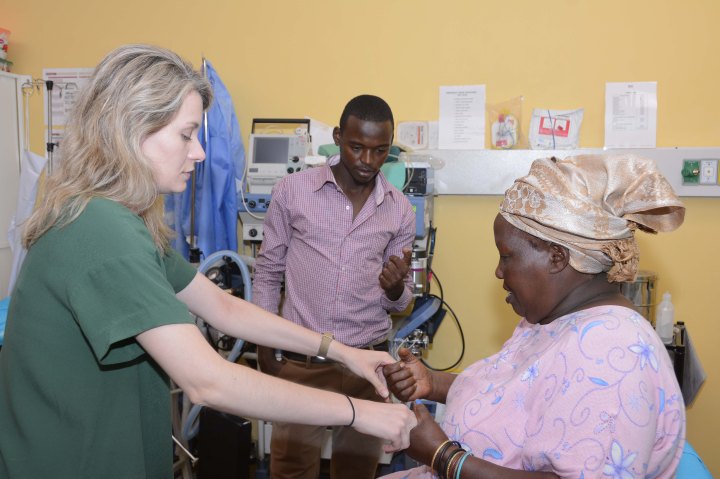 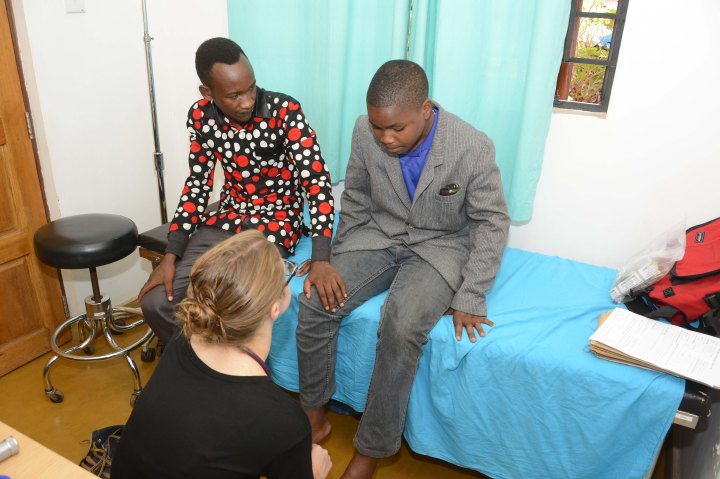 Sara and Emanuel examining a patient with seizures

Patients often stop medications because of cost or because “they are done,” meaning that the prescription has been completed and rather than refilling the medication, they just stop them. If you’re treating something symptomatically like headache, that’s not a problem. But if you’re treating something like epilepsy, that is a major issue as their seizures will just begin again and then it’s difficult to get a good history of how the medication was working. Having to start again from scratch can be very frustrating and very often it’s the reason patients are tried and retried on the same medication several times. We are often running to the pharmacy to get samples of the various AEDs to show to the patient to confirm what they had been or are currently taking,

Sara and Emanuel examining a young girl with seizures

Neena did create a spreadsheet of all the neuro medications we use and what their costs were as that is often an issue. Though we cover the cost of medications as they are included in the visit cost when patients come to see us, they must pay for the medications separately when they return for refills. The AEDs are the most important for us as they are taken indefinitely and the costs add up. Levetiracetam (Keppra), is an anticonvulsant we’ve brought here in the past as it was never available here, and though it is now, it’s also quite expensive. The single pill cost is 1500 TSh (Tanzanian shillings) and patients will typically be taking from 2-4 pills a day meaning 3000-6000 TSh/day or $1.30 to $2.60 per day at the current conversion rate. Over $30/month for a single medication can be devastating for a family in a region where the average annual income is well below $500 and less for many families. Phenobarbital, the cheapest of the AEDs, is just not a great drug for anyone over 2 years of age and it’s very difficult for us to prescribe it to anyone knowing that there are better and safer medications, though they come at a cost.

A young boy with milestone delays and seizures 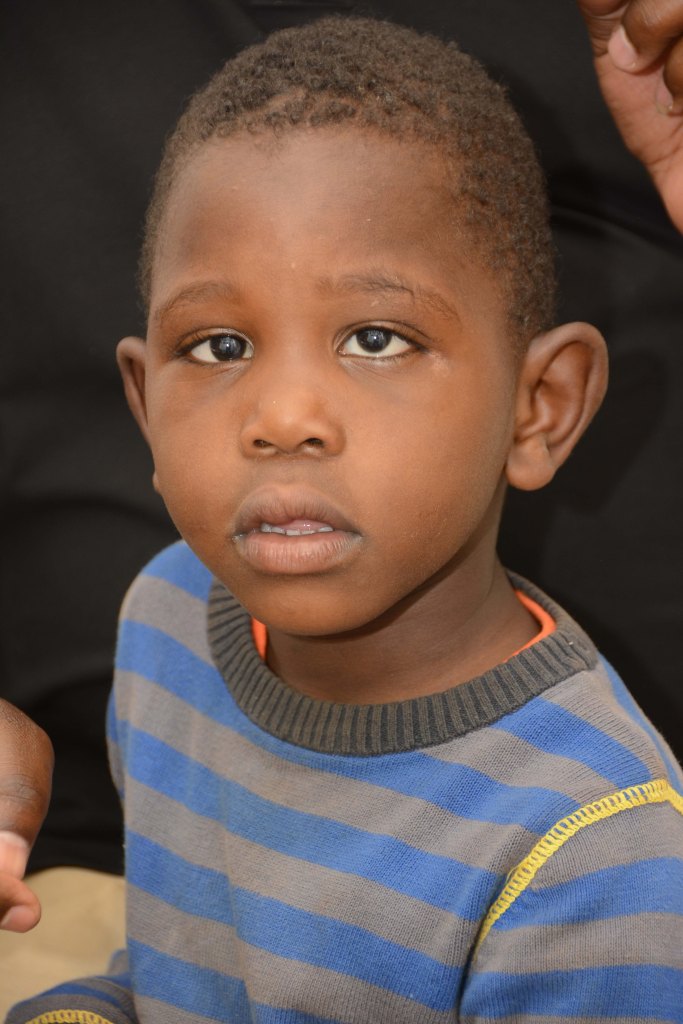 Wednesday nights has turned into expat night at Happy Days since we had been here last, mostly under the direction of Alex, our volunteer coordinator, who seems to have organized the affair. At our visit last week there had to have been at least twenty-five, mostly younger, primarily volunteers there, all from different regions of the world, who are living in Karatu or the surrounding environs providing assistance with education, microfinance and health (us). It is a great community here and having a weekly gathering is a great idea for everyone to meet and I am sure keeps those who are here long-term from getting homesick during their months of work. 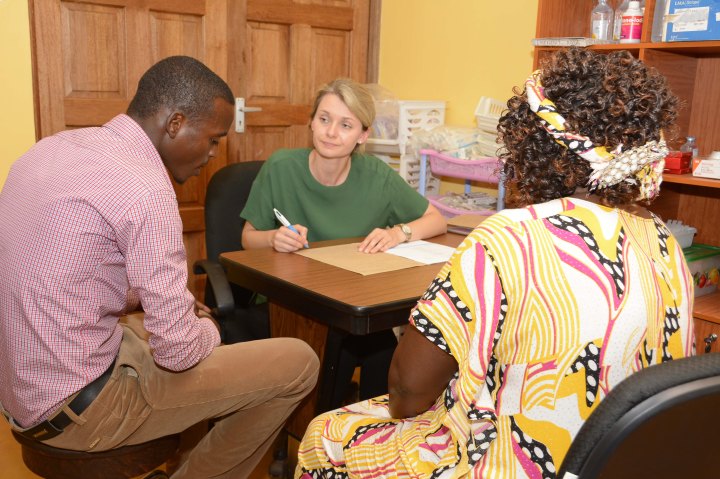 Whitley evaluating a women with “numbness,” a frequent complaint here

Neena evaluating a patient with complaints of memory loss

Unfortunately, I think we all needed to have an evening off to catch up on work and other things so we decided to stay home for this week’s affair. Neena, Whitley and Sara decided to take a walk down the main road towards town and since they had forgotten to supply Glen with dinner tonight, I met him at the Lilac Café for dinner so he wouldn’t have to eat alone. The Lilac was set up to supply food for the patients in the wards as well as their families and also serves as a nice alternative for us to have a meal or sit and have a delicious cappuccino (read Glen) in the middle of East Africa. Glen and I had some wonderful Pizza and Stoney Tangawezi (their strong ginger ale) that is worth the wait as it

Sara and Emanuel evaluating a patient

typically takes about 40 minutes to get a meal here. They have internet that works sometimes with tables outside and the evening was lovely.

Sara evaluating a 9-year-old with perinatal injury and seizures

We all arrived home at around the same time and sat down to catching up on emails, work and reading this evening. It was another great day here, but I think everyone was quite tired from the day. 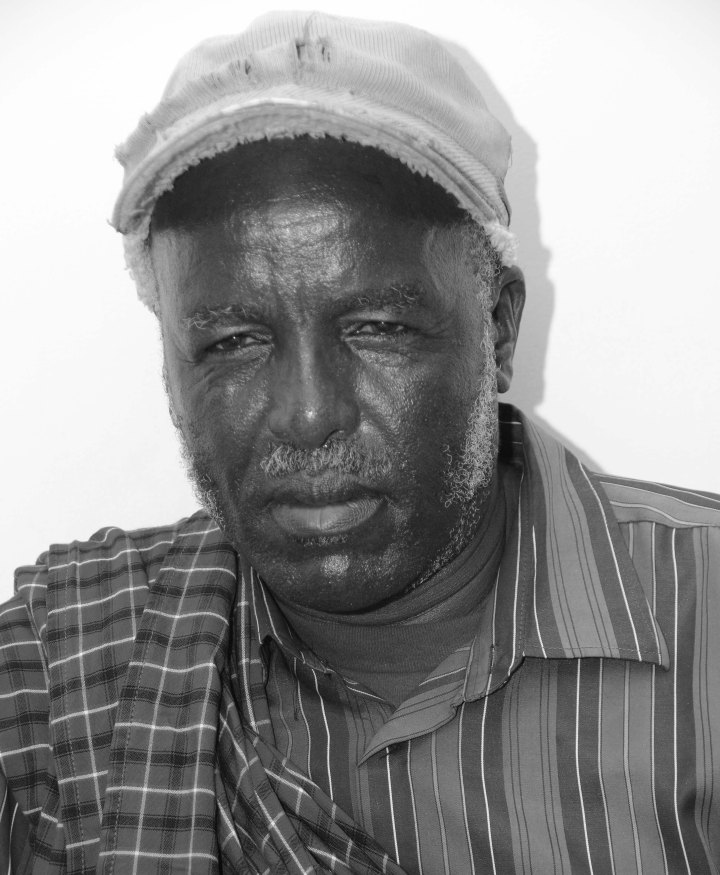 A gentleman we saw complaining of memory loss