Our morning of departure is always tough at the Temba household. As we have so very much planned at FAME, we stay for only a short time with my favorite Tanzanian family and they are so gracious to put us up every time we arrive. It has now been seven years, twice a year, that I have imposed upon them, and now with residents, but they are always so happy to have us and for that we will be forever grateful. It is so meaningful for the residents that are with me, as well as myself, to have such as a wonderful place to crash after our flights half-way across the world. 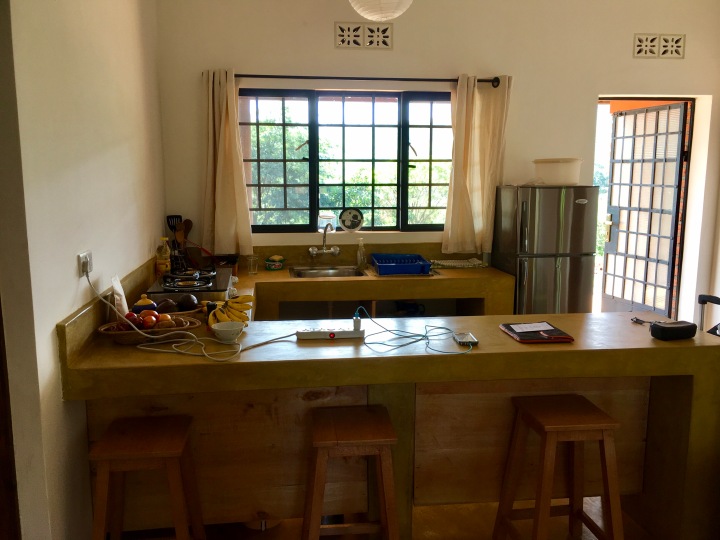 Our kitchen at the Raynes House

We said our goodbyes and with no errands to do in town, we were through Arusha in no time (not really, there was still plenty of traffic) and on the main highway heading to Karatu in relatively short order. The day was gorgeous with high clouds and no precipitation anywhere to be found in the immediate future. It has been the short rains season (not yet the monsoons of April and May) so the countryside is green and lush with grasses everywhere and the waterholes are full much to the delight of the grazing herds of Maasai livestock. It is a lovely time of the year to be here. Crossing the high plains and rolling hills as we enter the Great Rift Valley, the landscape becomes more severe with sharper slopes and we rise up the escarpment above Lake Manyara with a much slower pace then on the flatlands below. The view out is spectacular and it is truly “The Green Hills of Africa” that Hemingway so well described on his hunting trip here in the 1930’s. Unfortunately, there are no longer the rhinos that he sought as they were hunted to near extinction and now exist only in the Ngorongoro Crater and parts of the Serengeti. 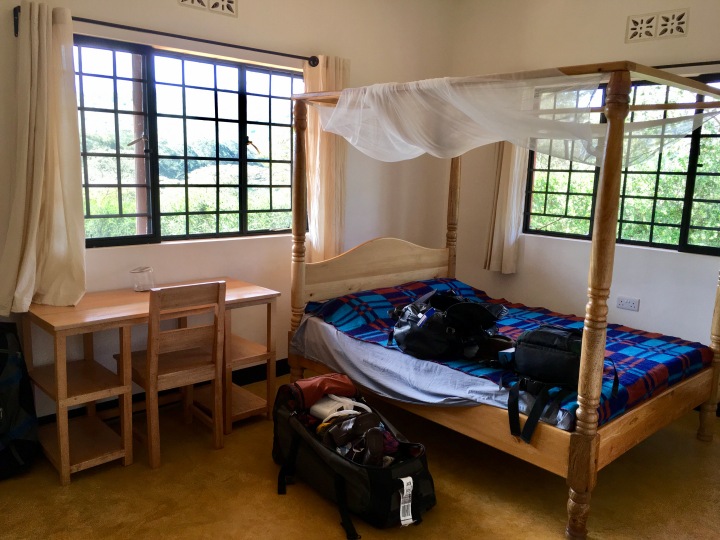 My bedroom at the Raynes House

The road crests in Rhotia and we begin the steep decline into the valley before climbing back up to the village of Karatu that will be our home for the next month here. It is such a familiar sight for me now and one that brings me such peace for I have so many friends here that it is my home. Karatu is like a frontier town as it is the last outpost before entering the bush and leaving the tarmac at the Ngorongoro gate on your way to the crater and the Serengeti. It is where all the safari companies pick up there final supplies and fuel for their vehicles. It is dusty and busy, but had immediately found a place in my heart when I first arrived here in 2009. It is one of those places that doesn’t grow on you because you fall in love with it immediately. If you don’t, then you weren’t meant to be here. 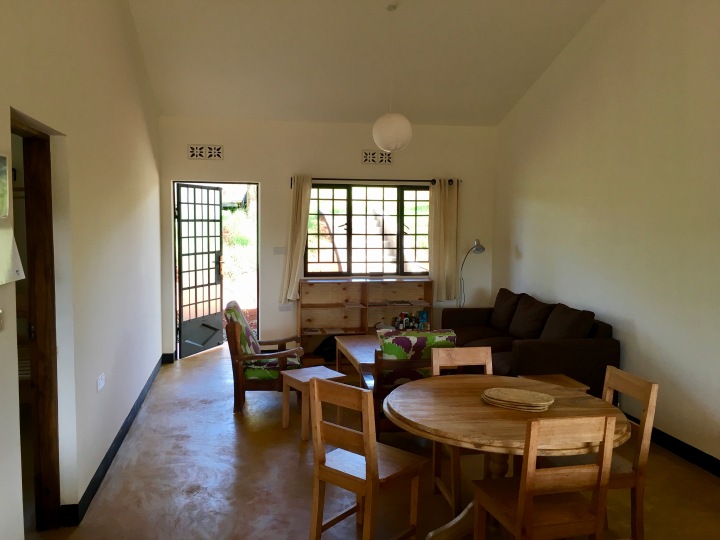 Looking to the rear of the house and our living room

Arriving back at FAME is a huge homecoming for me and it is always such a challenge to remember everyone’s name as we walk around and I introduce the residents to all of the staff. Thankfully, it’s become easier over time and now, despite my six-month absence, I recall everyone which is a first for me.

Nan sitting in her room at the Raynes House

Jamie taking photos out the window

Alex, the volunteer coordinator here at FAME, gives everyone new their tour of the facility and then it’s time to head to the Raynes House and see it for the first time complete. It took a year of on and off construction, but it is clear that it was well worth it as it’s now ready for us to occupy. Nancy Allard took care of the entire design of the house and did an amazing job with it. It has four bedrooms, each with its own bathroom and each capable of housing two volunteers. The great room in the middle of the house is comprised of the living room and kitchen and is somewhat bigger than the other volunteer houses, enough so that we have a table and chairs as well as counter to eat at. The kitchen is on the front of the house (Nancy’s idea) that looks out over the Ngorongoro Highlands and onto the breakfast veranda. We still need to decorate with wall hangings and such, but I did bring a bluetooth speaker with me play music and make this a real home. It is simply beyond what I could have imaging and will be there to support the neurology clinic that now occurs twice a year and will continue to grow over time as there is such a need here for our work. 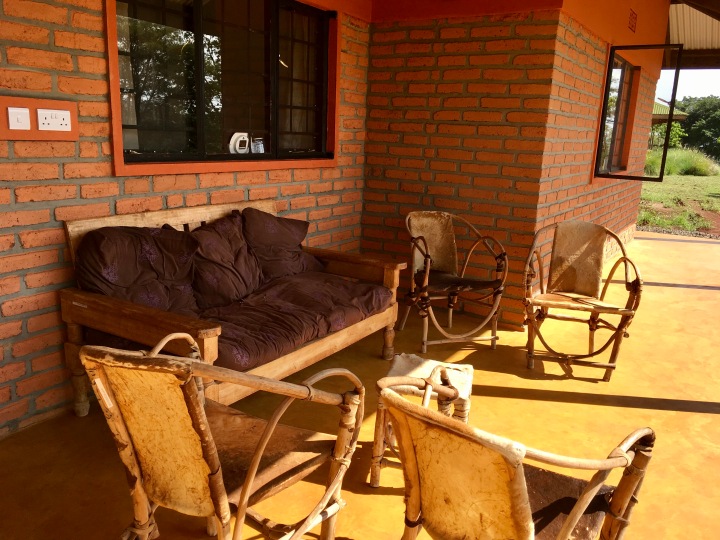 Our breakfast veranda at the Raynes House

One thought on “March 8, 2017 – Traveling to FAME and moving into the Raynes House…”