A dinner at Gibb’s Farm and Lake Manyara…

It was the most quiet Saturday I can remember for quite some time and I am sure that the national elections have something to do with it. I don’t think local townspeople are traveling nearly as much as they normally would and the safari traffic is also down somewhat. People are just a bit edgy as it comes down to the home stretch with the election now only one week away.

We did end up seeing a patient from Daniel Tewa’s village who had been referred to us specifically. She was a youngish woman who had a stroke a couple of years back affecting her left side and she and the family were concerned that she wasn’t as functional as she had been previously. It turned out that she had never been seen in a hospital after the event and specifically had never had physical therapy. She was walking, but based on her exam we felt that she may be capable of walking and doing much more for herself if she only had physical and occupational therapy which would be available to her at the regional rehabilitation center in Monduli. The family was willing to take her there (it is very close to Arusha) and we made the referral in addition to putting her on all the necessary medications to reduce her risk of recurrent stroke.

A Helper in Reception

At the same time, Danielle and Lindsay were seeing a young woman with epilepsy who was doing well on the medication she had been taking, but they performed an EEG on her confirming that she had a focal epilepsy and that the medication she was taking was the best for her to be on. Having the availability of the EEG has been extremely helpful in not only diagnosing patients, but even more importantly, in helping to select the proper medication for them. 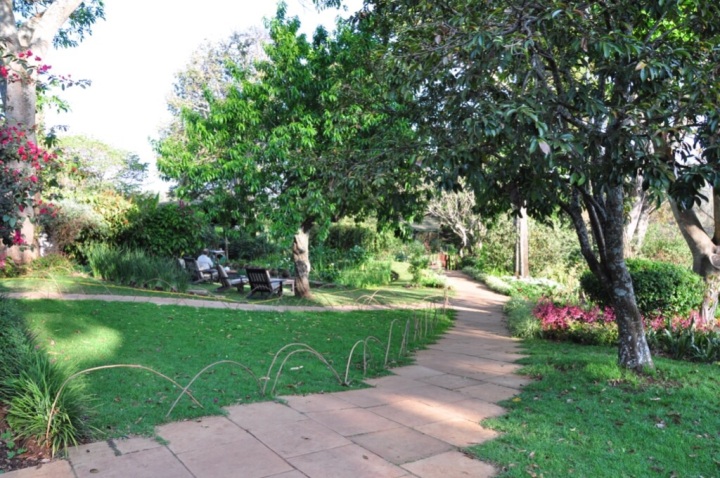 The Veranda at Gibb’s Farm 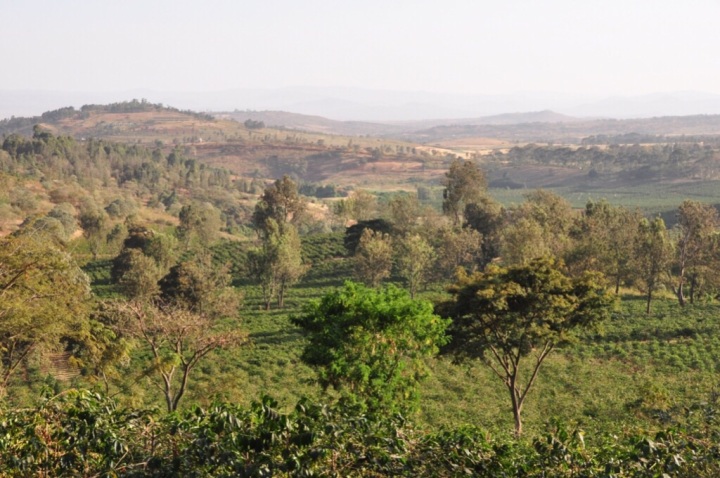 The View From Gibb’s Farm

We finished early and were all able to catch up on lots of necessary work such as lectures that the residents and Fima are giving and work on the internet including our emails. We were able to get back to our bungalows early to clean up for dinner as we had made reservations for dinner at Gibb’s Farm which is always one of the highlights of our visits to FAME. Gibb’s Farm was one of the original lodges in the area and has been a working farm for many, many years. It is very difficult to describe the Gibb’s Farm, but it has a magical ambience that allows one to realize that you’re still in Tanzania, but it is luxurious in a totally natural manner. The dinners are a multi-course affair and 90% of the food you eat has been grown or produced on the farm. The management has been gracious enough to allow us to come at a reduced rate for FAME volunteers because of the work we do and we are always so grateful to visit. Before dinner, of course, we enjoy their veranda and front lawn which has the most spectacular view in Karatu from high up in the Ngorongoro Highlands with FAME sitting smack in the middle of the valley looking out. The dinner left absolutely nothing to be desired and Peter and Gilbert who served us were as welcoming as ever – I am there only several times a year, but I always feel as though it’s like my local restaurant when I show up and am greeted by them.

Our Penn Crew and Pauline (Minus the Guys)

We arrived home from Gibb’s fairly late and had to prepare our lunches for our safari to Lake Manyara early the next morning. Our plan was to leave at 6 am and we were on the road very close to that time. After picking up some waters at the market we were on our way down the rift to Lake Manyara National Park which has become a mainstay for me to bring volunteers there. It was the seven of us from Penn plus Pauline, FAME’s volunteer coordinator, who had never been there before. 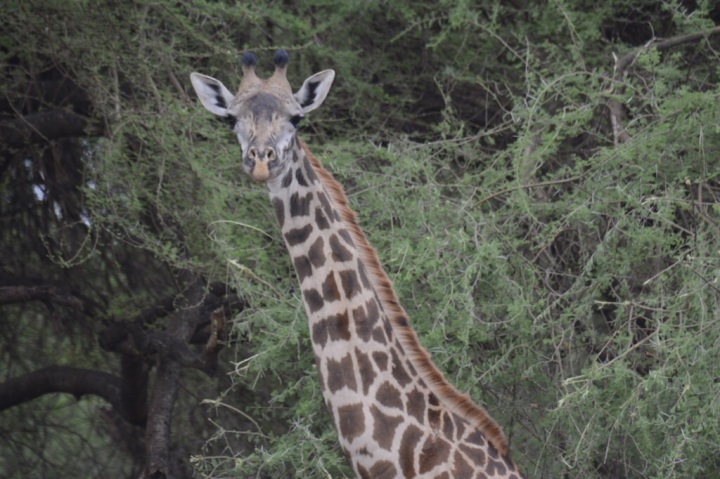 Elephants in Manyara (photo by Fima)

Since I was driving, I gave my camera and big lens to Fima to use and so the pictures I have included for today were actually shot by Fima. I want to give credit where credit is due! We were the second car into the park for the morning and it remained fairly empty with a rare vehicle seen until around noontime when we were mostly through the park and others began to come. We saw lots of elephants, giraffe, wildebeest, impala, baboons, vervet monkeys, Cape buffalo, warthogs, zebra, hippos and a multitude of cool birds. What we didn’t see today, though searched very hard to find, were the lions. I had seen large prides my last two visits to Manyara, but today it was not meant to be. We left the park at around 3pm and traveled home after stopping for a cold Fanta Passion (passionfruit), my new favorite drink and right up there with Stoney Tangawezi (strong ginger ale made here) which I have always love.

A View of Our Volunteer Housing

Sunday we’re on our own for dinner so Fima had volunteered to cook tonight and we had a wonderful sardine spaghetti and salad and all ate together. It was a fine end to a very nice weekend. Danielle, Cara and Lindsay have four more days at the clinic and then head home, while Thu, Fima, Ali and I are here for the next two weeks. It will be interesting to see how things go as the election gets closer and hopefully it won’t be a problem as far as our traveling is concerned.