A Quiet Day in Rift Valley….

I know that I have mentioned Rift Valley Children’s Village in past blogs, but for those who don’t recall, I will give a brief description. The Children’s Village is not an orphanage, but rather a children’s home where Mama India (India Howell) is the legal guardian for all the children who live there. It is simply an amazing place where there are housemothers for each house where like-aged children reside and care for each other. It is built next door to a primary school where the children attend along with the children from the village of Oldeani and nearly all pass the standard seven exams as opposed to the 30% national average. The children leave when they go away to college. 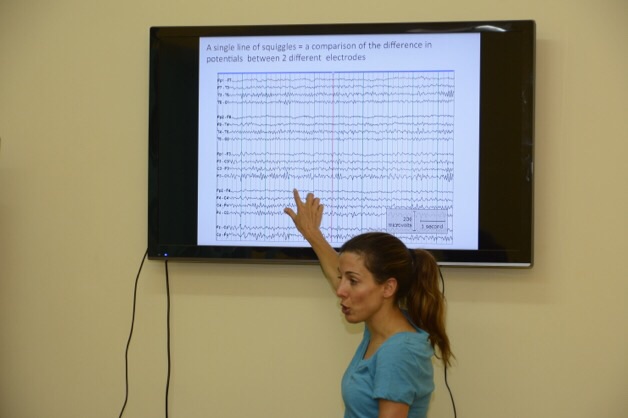 Lindsay lecturing on the basics of EEG for the doctors

In addition to helping with the school, Mama India also provides health care for the children there along with the villagers and FAME travels there twice monthly for a two day clinic to see all the patients. We have typically provided neurologic services for these clinics when they coincide with our visits and today was one of those days. We left the epilepsy crew at FAME while I brought Ali and Thu, as well as Fima, to see patients. Our volunteer coordinator, Pauline, and our translator, Angel, also traveled with us. It is a lovely 45 minute drive to RVCV traveling through the Ngorongoro Highlands with rich farmland and coffee plantations. 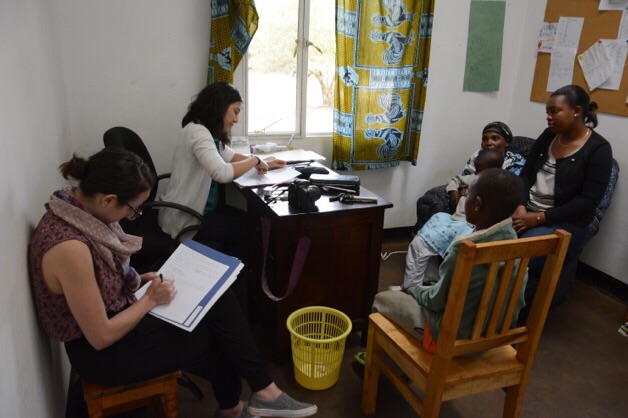 We had hoped for many patients to see, but even though the regular clinic had over 70 patients, we had only a handful due to the fact that Kira, the RVCV nurse, had received word late of our visit and hadn’t enough time to notify the villages in the area. We did end up seeing a number of return patients, though, as well as one woman who I referred to be seen at FAME by the epilepsy group along with having an EEG done as she had a very good story for seizures. 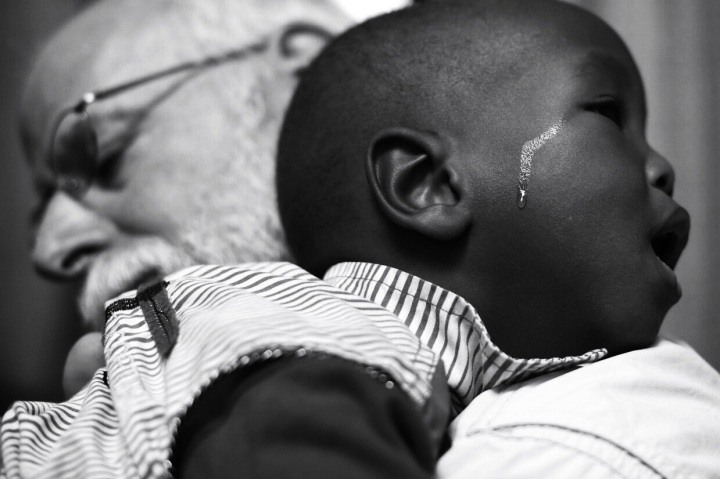 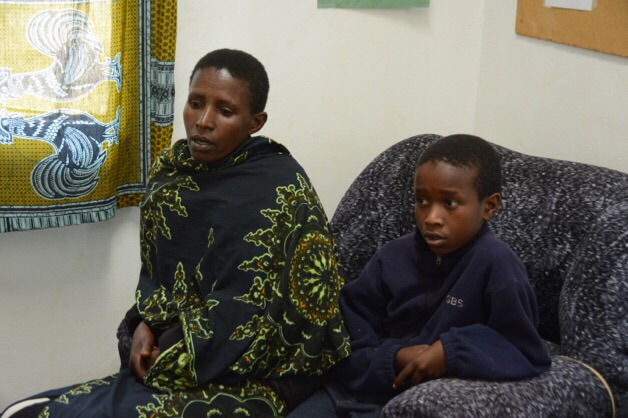 Among the patients seen was young Thobias, who we had originally seen last year for prolonged episodes of unresponsiveness felt to be possible seizures, but it later turned out that there was significant emotional overlay as he had witnessed his brother’s murder and the episodes were non-epileptic in nature and have responded well to fluoxetine. He sure had given us a scare in the past, but at the present he is doing very well with no further episodes and his mother is quite happy.

Fima working with the medicine folks at Rift Valley

After finishing our work at Rift Valley Children’s Village including a wonderful lunch that they prepare for their own volunteers and share with us, we departed for Karatu. It was a slow afternoon here at FAME so we jumped at the opportunity to head into town to the fabric store as several of the volunteers wanted to have skirts or pants made out of the lovely and colorful fabrics they have here.

Enjoying the local children in Karatu

After our shopping trip in town we went to visit with my close friend, Daniel Tewa, and his family. I had first met Daniel in 2009 when my children and I were volunteering at a local school for several days and one of the first people I contacted on my first return trip here was Daniel – we have become close friends since and I always look forward to having dinner with his family and having our long discussions that last late into the night. Since there was such a large group of us this time, I suggested we just come over in the evening and spend some time, but not stay for dinner. Daniel was his charming self winning everyone’s affection immediately after meeting him. They served coffee and then his daughters unexpectedly brought out fruit plates for everyone to enjoy.

The highlight of every trip to Daniel’s, though, is hearing his stories of the Iraqw people, the Iraqw language they speak and the Iraqw house that he built in the 1990’s for demonstration. He spent the first 20 years of his life in such a house, which is built mostly underground with a dirt and grass dome over the top and was done for defense from the Maasai who they were always fighting with to protect their cattle. The Maasai believe that all cattle were God’s gift to them so they were only coming to retrieve their “property.” A truce was finally made between the Iraqw and the Maasai in the 1980s. Daniel brought out his shields, clubs and spears and demonstrated how they would use them to defend theirselves. Fima tried throwing them and then Daniel brought out a wedding skirt for Ali to wear and stand next to Fima with his spear and shield. It was a great photo opportunity and we have named the photo the “Tanzanian Gothic.” 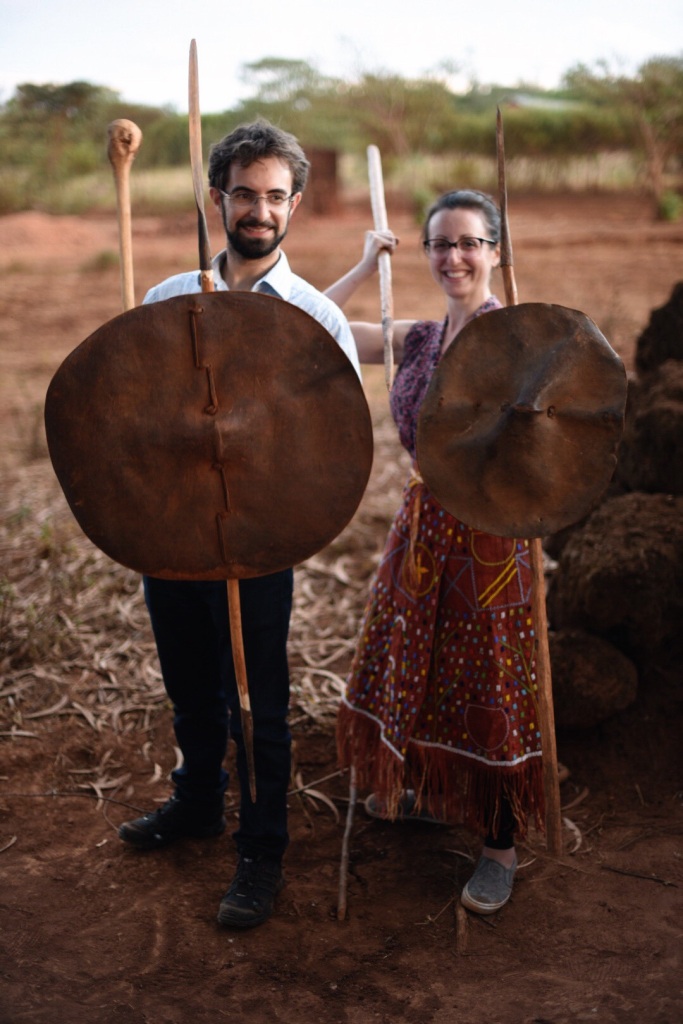 We then proceeded to a tour of Daniel’s methane gas production from his cows – when I first met Daniel this was the only power they had for the farm. They heated, cooked and got light from the methane gas stored and made from the cows manure and urine. The residual manure goes to fertilize his fields. It’s an ingenious set up and now is supplemented by solar power, but is still a mainstay of their farm. It is essentially being “off the grid” where there is none. Daniel and his family gave us gifts as we left hugging and kissing after such a warm reception as it always is. I will be back to visit with Daniel and his family for dinner one night without such a crowd and very much look forward to that special time.