Despite all of my travels over the years, I had somehow never imagined myself traveling to the Middle East. Perhaps it was the fear of having a fairly obvious surname or my memories of past atrocities that have occurred in my lifetime. To be honest, I never chose to fly through the Middle East for that very reason which makes very little sense since I have a daughter who not only spent a summer in Cairo the year before the Arab Spring, but also loved every minute of it and never once mentioned to me any concern she had for her safety. She lived with an Egyptian family while participating in a Department of State sponsored language program for high school students and managed to travel through the city on her own and even once after her cell phone had died not knowing for certain which bus to take home. That’s being incredibly resourceful and something I will always remember about Anna. She loved it so much she was supposed to go back the following year, but alas the Arab Spring ruined those plans and she settled on Jordan and Turkey. Poor thing… 😉 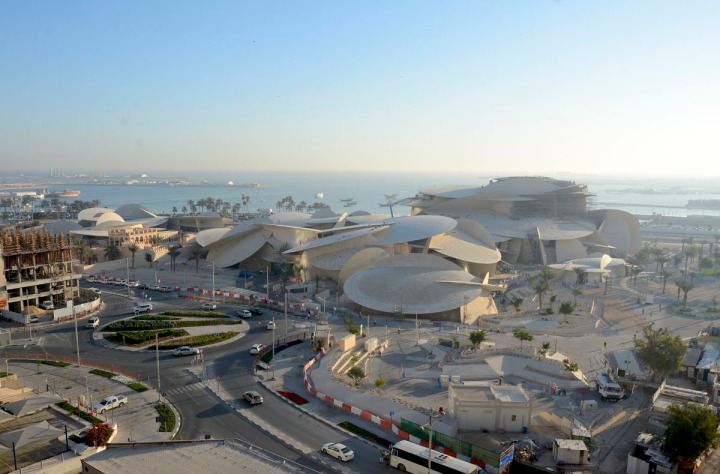 Dhows on the water in the distance

Sadly, I didn’t get to see much of Doha, but will have other chances in the future. The new Qatar National Museum was being built just across the street from my hotel and I did have a reasonable view of the water and some of the traditional Dhows anchored just off shore. I would have to catch my shuttle at 7am to make my flight to Kilimanjaro, so I had very little time to explore. I managed to wrench the window open and stick my camera lens out of it in an attempt to get a few photos for my blog, and quickly discovered that there was something amiss with the focusing. This was the lens that I had dropped (along with my camera) while at FAME last October, shattering the filter that required a surgical procedure to remove all of the glass without scratching the front element of the lens as the filter ring had been bent badly and refused to unscrew. Scratching the front element would in essence turn the lens into a nice doorstop, and to be brutally honest, I have accumulated far to many doorstops in my career. 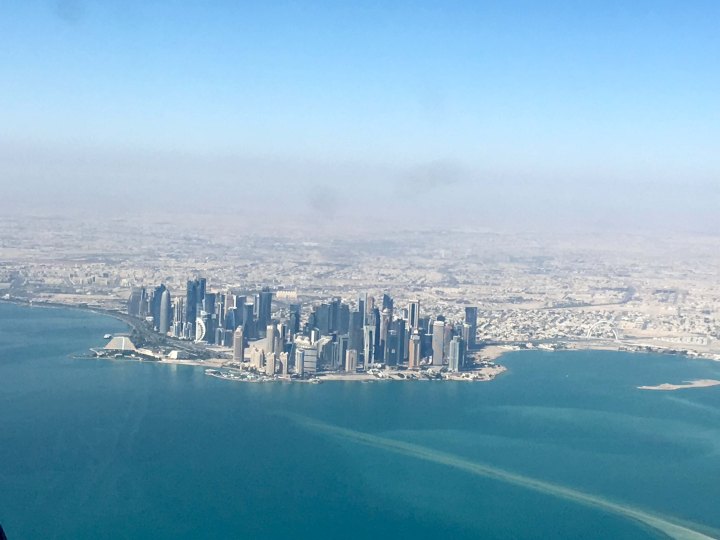 I had somehow never managed to deal with this until last week when I gave my good friend and fellow tinkerer, Clyde Markowitz, the lens to see if he could possibly extract the lens from the frozen and bent filter ring. Clyde never shies away from a challenge and this was no different. I received a text the following morning that the surgery was a success. I was so happy to have salvaged my lens, and saved a considerable about of money at the same time, that I threw it in my bag and brought it along, not fully tested due to time. Sadly, the lens focuses fine from about 18mm to 50mm, but after that, 50-200 mm, the focus ring does not move freely and the lens will not focus accurately making it essentially unusable. For all those photographers out there reading this, I know you feel my pain and can commiserate when I tell you that any camera equipment outside of a kit SLR (camera and lens purchased together) is unavailable here in Northern Tanzania. I will have to make do as I have no choice, but it’s still an unexpected blow that I’ll have to deal with in some manner at some point. I still have hopes that Clyde will manage to restore the lens once I have returned home (read, “Clyde, that’s a challenge”).

Doha in the distance

I rode back to the airport with another passenger who had been on “my much delayed, but definitely happy to be here” flight and was also scheduled to travel to Tanzania to meet up with some friends of hers. She hadn’t been to Tanzania (though just about everywhere else!) and I was more than happy to share my experiences and love of this wonderful country with her. I am such a fan of this place it is sometimes a wonder that I haven’t gone into the travel business. She will meet up with her friends and begin on a journey quite similar to the one I took with Daniel and Anna some nine years ago, now, and that changed my life forever, introducing me to a part of the world I had never explored, but had always dreamed of. It also introduced me to a part of myself that I had never known existed. I guess that may sound funny from someone who rides to work every day to spend his time helping others, but trust me when I say that this does not come with any sense of self-importance that one might think comes with the job. Rather, it is something that we do because we wish to and it’s something that makes us happy, or at least it should, otherwise we should find something else to be doing very quickly. I have always been quite fulfilled and thankful that I’ve gotten to do what I wish to do all of my life and I have never looked back for a moment, and I say that with all honesty. 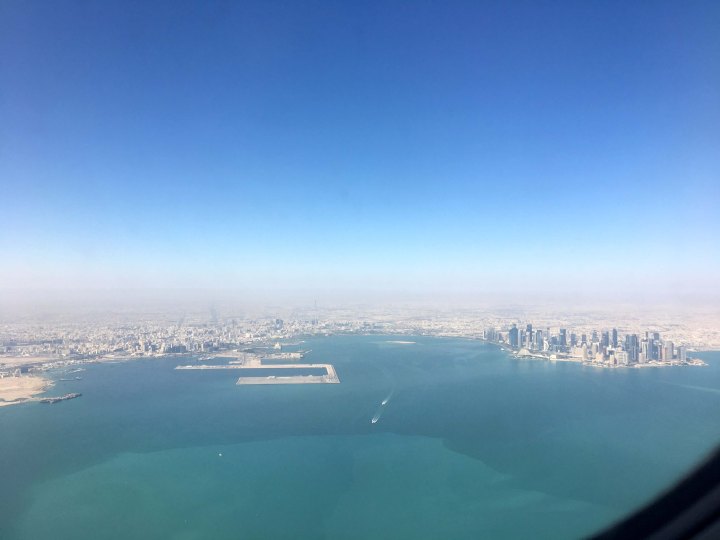 The part of myself that I was introduced to eight years ago, though, wasn’t really a void or an emptiness that had been there. It was rather something that complemented all of my past experiences and was a perspective that I had never before taken advantage of. With the opportunity to come to East Africa and work with FAME, I feel that I have been exposed to the very best that humanity has to offer, and through that have been able to more acutely define what it is in life that really matters. Most importantly, though, I am content with the knowledge that I am now where I was always meant to be. Not geographically, of course, for that would be far too simple. But rather, a place in life that has become all fulfilling and where one feels the most comfortable that they could ever imagine. I started my professional career wanting to teach and though I decided to early on to take my chances with medicine, I never lost sight of my desire to be an educator. Throughout my medical career, I have always maintained that aspiration whether it was to educate my patient, a colleague, a medical student or resident, or even myself. Working at FAME twice a year has now also provided me the platform to further expand my role as an educator and has broadened my horizons on where to find these opportunities. Whether it is half-way around the world in East Africa or at home at Puentes de Salud on South Street, there are always these opportunities as long as one is open to them and always willing to take that step. It is worth it and you will never look back. 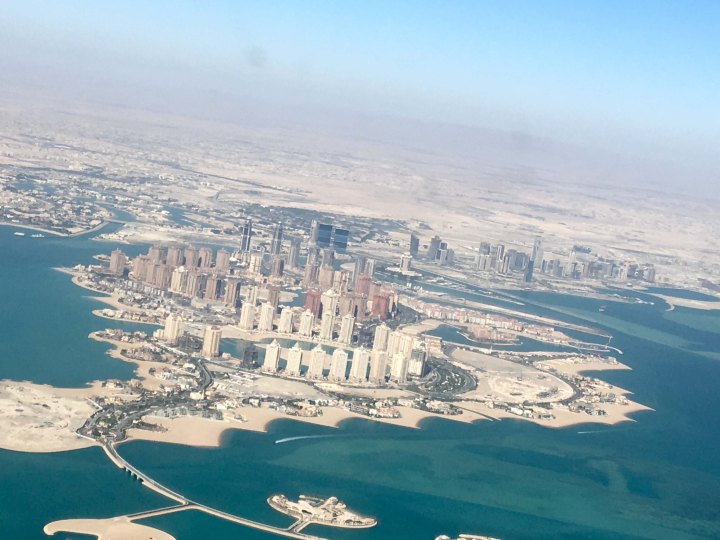 So sorry for getting sidetracked with that bit of a soliloquy, I will get on with the travelogue. I arrived with plenty of time to make the slight to Kilimanjaro that was another 6+ hours until I would arrive at my final destination. The flight was fine, except for the last few minutes as the weather here was a bit unsettled and had decided to bounce us around a bit like a cork before we reached the runway. The engines roared as the pilot made quick adjustments in our altitude from the strong up and downdrafts that were apparently standing between the tarmac and us. Thankfully, the turbulence was short lived and with a feathery soft landing, the pilot made contact with terra firma as if all was in a day’s work.

I zipped through immigration as I already had my visa in hand from last trip and my two huge duffels somehow appeared before anyone else’s. In very short order, I was through customs and on my way. Yusef, who I have used as a safari guide before was waiting for me outside along with all of the safari companies holding up signs to corral their clients before stray to far. Within minutes, we were on our way to Arusha on the Moshi Road, Mt. Kilimanjaro taking it’s normal position just to the north and completely hidden by the clouds of its very own weather system like a looming monster you cannot see. It was very windy, but the temperature was moderate and Yusef filled me in on the recent weather in the area. A hard rain a few days ago, but not since.

With the eight-hour difference, I was quite interested to hear how the residents were doing, as they would all be on the same flight out of Philly and certainly in much better weather than I had encountered only two days past. They were gathered together for their flight celebrating Mindy’s birthday with assorted brownies that that I only wish I could have shared in. Any thoughtful resident of mine should have realized that with sending me a picture of food comes the obligation to share with me, but somehow I have to believe that won’t be the case this time. Given their level of excitement at the moment of that photo, I will excuse them (auto spell almost put in “execute” there, I am not kidding. Could I have a Freudian computer perhaps?), but they will surely have to make it up to me after they arrive.