A Triumph for the Epilepsy Team…

Our morning began with an unfortunate case that had just arrived to the ward of a ten-year-old boy with a several month history of inability to walk, was non-verbal and poorly attending, and unable or refusing to eat. He was severely emaciated and his examination suggested to us that he likely had a central process such as a brain tumor or mass. His mental status (eyes open and awake, but not responding to us) was concerning for the possibility of non-convulsive status epilepticus. The only way to rule this out would be to get an EEG. I spoke with Daniel and Patricia (two of our three nurses who were trained over the last weeks) and they immediately jumped into action with no hesitation or trepidation.

Daniel and Patricia Applying Electrodes To Our Ward Patient

Within an hour, they had the boy in the ER suite (our makeshift EEG lab) and were preparing to get the study underway. I checked in on them from time to time, but they required no assistance which was just an amazing situation considering they had just been trained. The study revealed only diffuse slowing, perhaps greater on the right than left, that suggested his mental status was related to the underlying process and not the fact that he was having continuous seizures. The fact that we were able to determine this was a triumph for the epilepsy team and Cara who had worked so hard over the last several weeks to make this possible. Without this information we would have been left with this question unanswered and unable to have treated him in the same manner. 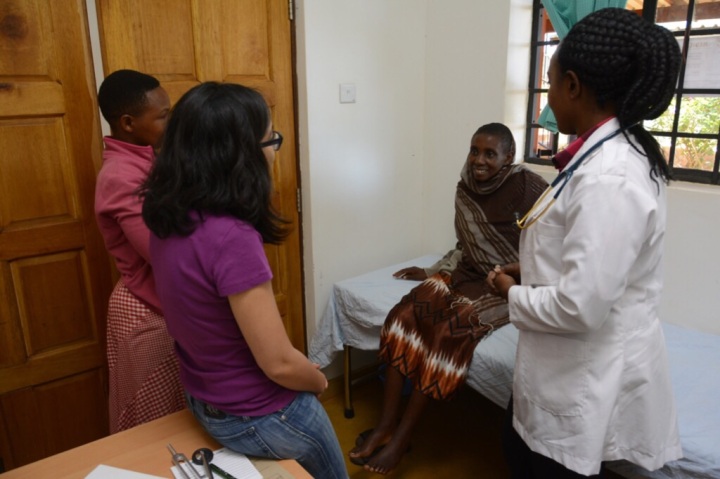 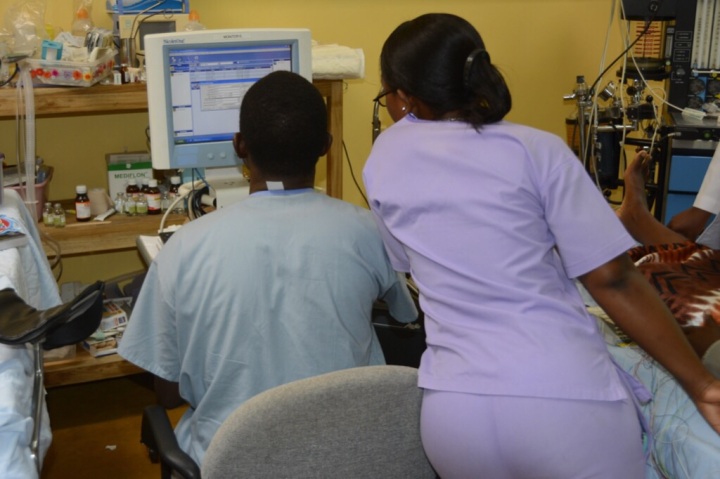 Daniel and Patricia Setting Up the EEG Study 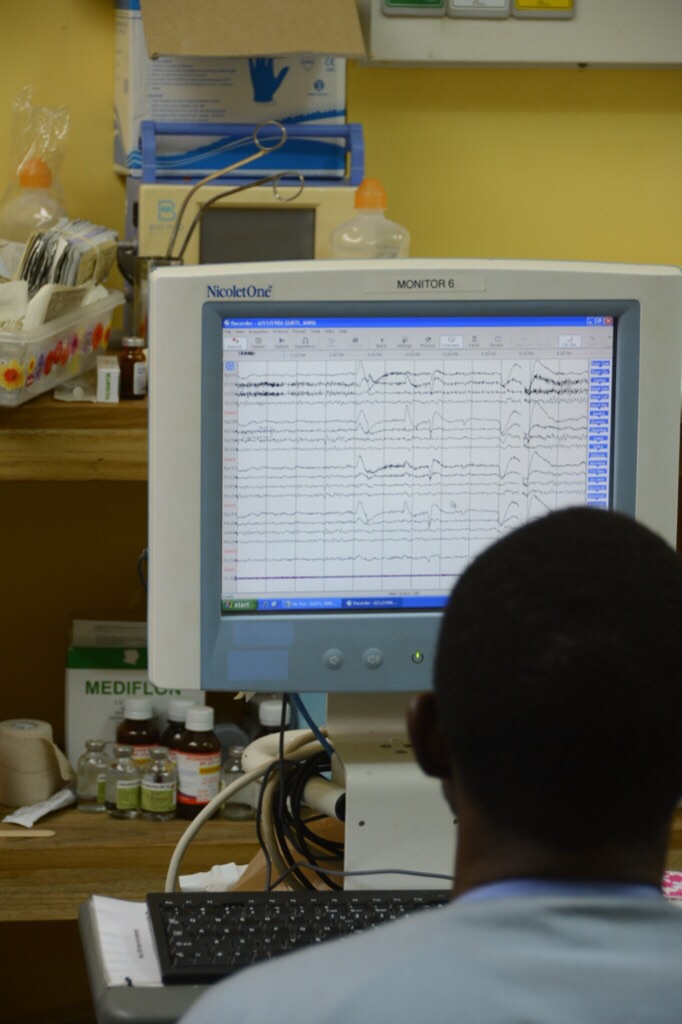 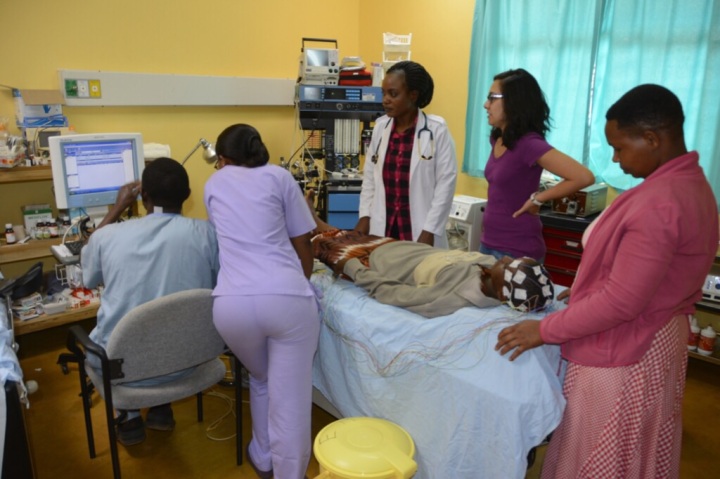 Looking On During the EEG of Our Epilepsy Patient

Our third patient in the office that morning was a 28-year-old woman with at least a ten year history of month episodes that were very concerning for seizure. She had been on a very low dose of phenobarbital briefly without benefit, but had been taking no medications in some time. The family also gave the history that she remained confused for up to a week after her seizures and the last event had been six days ago. She was clearly confused and our concern again was for the possibility of non-convulsive status epilepticus as the cause of her mental status. Enter the new FAME EEG team who immediately said “hamna shida” (no problem in Kiswahili) and that they would do it for us shortly. They brought the patient to the lab and performed another complete EEG that clearly ruled out status epilepticus for us and meant that her mental status was not secondary to ongoing seizure activity which allowed us to proceed with treating her after taking this off the table.

Amazingly, the first day of clinic after the epilepsy team leaves we have two patients who presented with the question of non-convulsive status epilepticus that would not have been answered had it not been for the fact that FAME now has a crack EEG team trained who jumped right in handled the situation. Kudos to Cara Linenbroker for her excellent training of the nurses here and to Danielle and Lindsay who worked with them as far as interpreting abnormalities. We are setting up a mechanism of getting the studies to Penn and for the time being select images from the study will be sent home to be read. Ultimately, we’ll be able to send home the entire study and have it read remotely from the States and this process will greatly enhance our treatment of epilepsy patients here at FAME, even in our absence.

During the middle of the day, we heard a foreign sound here at FAME – an ambulance! For the entire time I’ve worked here at FAME I have never seen an ambulance on an emergency call and the reason for this is that there are no services here for the most part. There are no rescue squads, no ambulances, no EMTs. You’re essentially on your own if you get into trouble. Early this morning, Frank and Fima had responded to a call from one of the lodges here that one of their guests had collapsed and on arrival the patient had already expired, very likely from a massive heart attack, despite thirty minutes of CPR.

Transporting the Patient to the Ward

The ambulance arrived at FAME and everyone immediately responded to ge the patient to the ward and evaluated as soon as possible. He was unstable on arrival and quickly stabilized and appears to have had a heart attack, but is in need of a catheterization that will likely be done in Dar es Salaam at Muhimbili University in the coming days.

The General Neuro Team – Thu, Me, Ali and Popi Sitting in Front

It was actually the quietest Monday in memory as people are still on edge about the election and staying at home. They are releasing results of individual polling areas, but the final vote is not to be announced until Thursday or Friday. Everyone is still praying for peace regardless of the outcome. We spent the evening with Daniel Tewa and his family again, this time for a lovely dinner at his daughter’s, Isabella’s, house. Afterwards he had Thu wearing a wedding skirt this time and we took the opportunity to take some more photos of everyone.

From Left – Fima, Pauline, Brad, Serena Tewa, Thu and Me 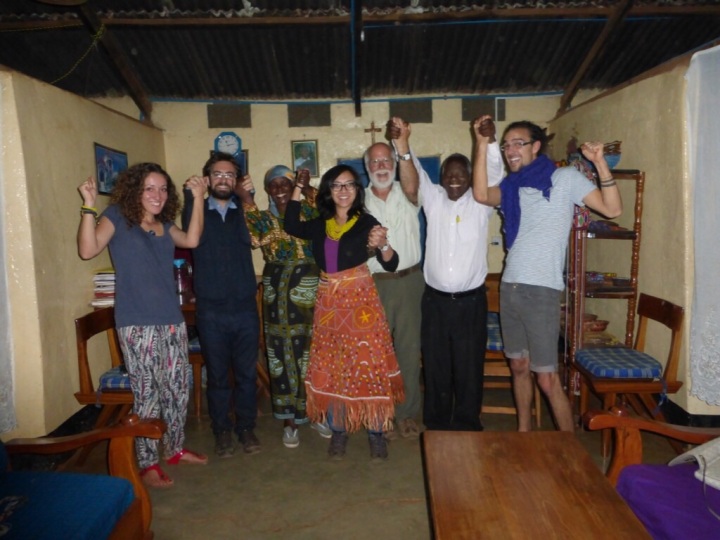 Daniel is such a wealth of knowledge of the Iraqw culture and of Tanzania in general and is the most generous person in the world. He has opened his home to everyone I have introduced him to and has become like family to me. We are so privileged to have him as our friend.