I will have to admit to you that I am typing this blog about yesterday while lounging in a safari camp in the Southern Serengeti after eating a wonderfully fresh lunch. Yes, we left the security of FAME and Karatu and are now on a three day safari in the Lake Ndutu region. You will have to check back, though, to hear more about that.

Day 4 (Thursday) of our neurology clinics began with Payal’s last nursing lecture on seizure management and, yes, Christyn again performed her magnificent seizure simulation for them. We hadn’t much hope for attendance, but there were plenty of folks including Hannah and Kelley, two longterm volunteer nurses here. Talk about a small world, but Hannah will be starting a masters program in midwifery at Penn beginning in the fall.

Our started off fast with them bringing a young woman who was unresponsive and had been that way at school earlier in the day. It was readily apparent to both Payal and myself that this did not appear to be a seizure or a syncopal episode and was more than likely a conversion reaction – “swooning” would be a good way to refer to it. After a bit she began to wake up slowly and very shortly she could shake her head yes or no, but still appeared quite somnolent. We brought her back into our office to keep an eye on her and had one of the nurses talk with her. It was very clear that she was extremely depressed and that was confirmed with the information she subsequently gave regarding her parents’ divorce when she was five and that her mother had remarried. I decided to put her a small dose of amitriptyline (“Vitamin A” here) as she was not surprisingly having difficulty with sleep as part of her depression. I spoke with the volunteer who had brought her and she will be seeing one of our long term workers here for counseling in a few weeks. 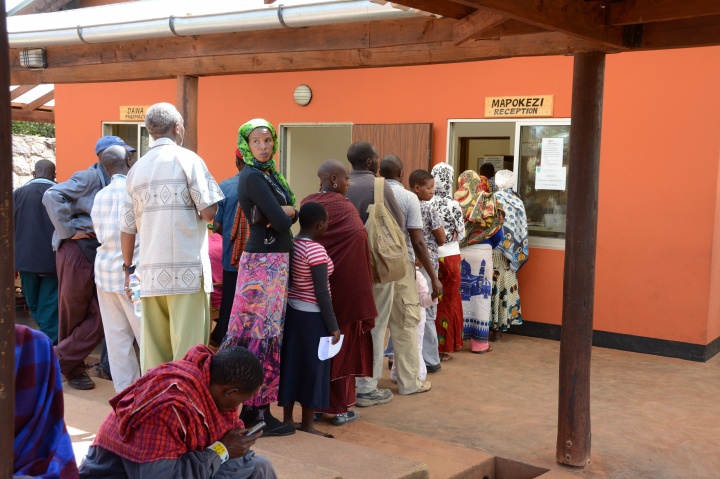 Christyn started her day with a young 22 year-old woman with terrible back pain that had started the day before and probably had a radiculopathy based on her story. As Christyn was examining her she suddenly began to vomit. After further questioning she hadn’t been having fevers or abdominal pain recently, but then gave the history that she hadn’t had her period since January. Yes, she was pregnant and with severe back pain. Isaac did an ultrasound on her and found that she had an early pregnancy that was very low in the uterus so we brought Kelley over to look. It didn’t appear to be a viable pregnancy due to its location, but since it didn’t appear viable we decided to treat her with a course of steroids given the intensity of her back pain.

The day continued to pile up with patients and we had to stop taking new patients around lunchtime as we didn’t feel that we could get to everyone and we didn’t want people waiting around all afternoon to be told we couldn’t see them. I didn’t get the final count, but will tell you that we averaged about 30 patients a day for the four days at FAME which is a huge number of neurology patients to see and all of that done by two residents who worked tirelessly and refused to compromise on the care they were providing which is often tough here.

In addition to the outpatients we saw on the last day, Payal also saw two patients on the wards – one was an 18 year-old with the worse case of osteogenesis imperfecta that I have ever seen and who had come in with a fractured right arm. Payal assessed him and then contacted an ortho resident at CHOP to ask him for some advice and then reviewed some YouTube videos about splinting and proceeded to apply an excellent immobilization splint to his arm. A little know-how and a ton of resourcefulness is often what it takes to practice here. 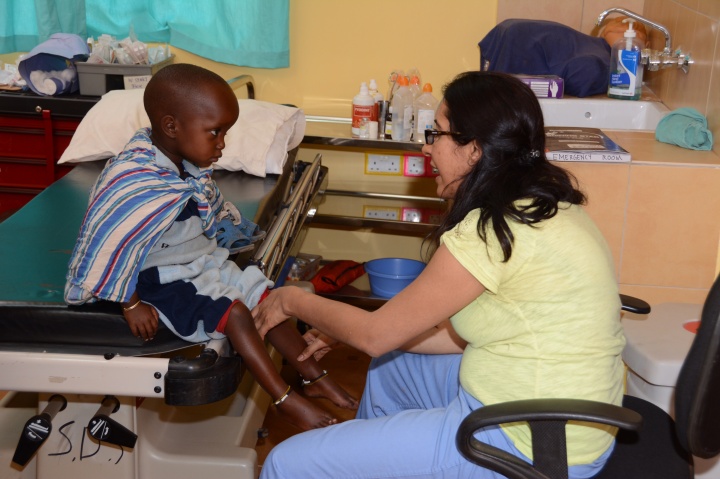 I also met with Susan (FAME’s co-founder), Brad (FAME’s nursing education coordinator) and Will (FAME’s current volunteer coordinator) to discuss future plans for the neurology program here and implementing some of that during our upcoming October visit. I am bringing residents next time as well as several epileptologists to begin work on our epilepsy project here. The trick is to make sure that we are not overtaxing FAME both as far as housing is concerned (further emphasizing the need to build a “Penn House” here for our use) as well as the staff required for us to see neurology patients. I will begin working on looking for funding for the Penn House and will also try to look at funding to cover the cost of the staff that we utilize for neurology while we are here. Both of these needs are significant now that the program has grown and is very successful. What was once me coming alone and seeing neurology patients as they showed up has now turned into an organized visit with patients coming from far away to be seen by the neurology “fundis” (experts) and many returning again and again. 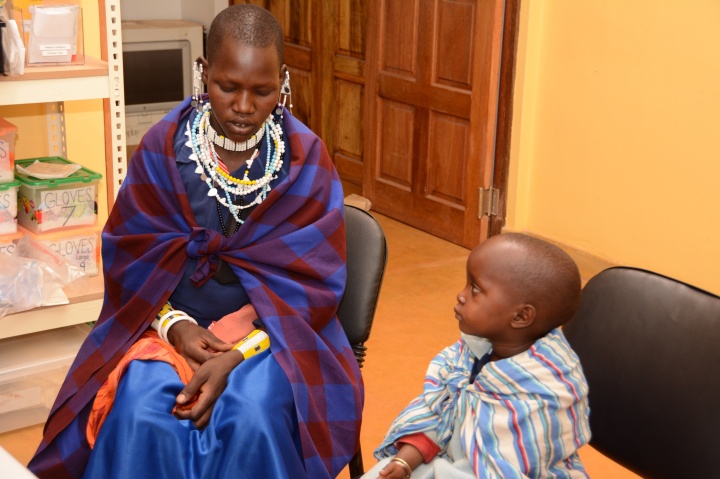 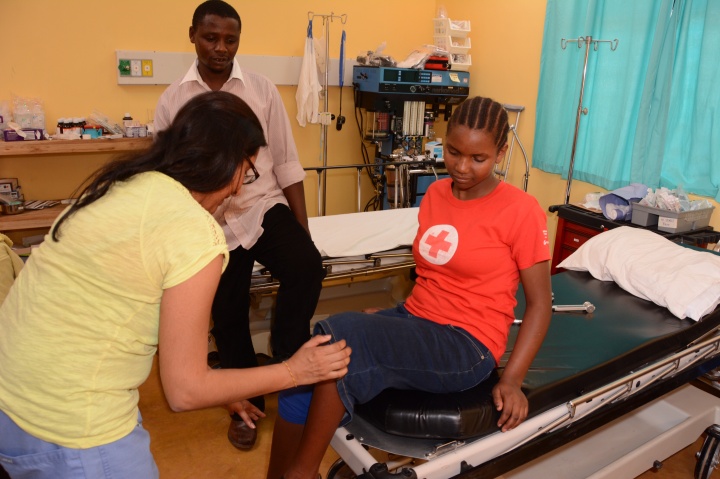 We also saw Roza Andrea with Payal today. She is the young women (now fifteen) who we first interacted with by video email in December 2012. She had Sydenham’s chorea – a movement disorder triggered by Strep infection related to bacterial endocarditis and which can cause serious heart problems and even death. This was my fifth time seeing her and she is now symptom free as far as the movements are concerned, but she requires.prophylactic penicillin until the age of 40 and had not been returning to get it since her last visit in September. Luckily she’s still fine, but it may not have been so good. We impressed upon both she and her mother that she is really a miracle and it would be terrible for something to happen at this point. Hopefully she will continue to come back to get her antibiotics going forward. These are often the challenges here. Patients may not return due to lack of understanding or the inability to afford the treatment which may be as little as several dollars.

After running some errands in town and dinner on Joyce’s veranda, we all began packing for our trip the next day to Lake Ndutu.