(PLEASE SEE LINK AT THE END OF THE BLOG IF YOU’RE IN A HURRY-THANKS!)

It only seemed appropriate on many levels for me to publish a blog this year on Giving Tuesday as my last trip in September marked a landmark of sorts for me. It was my twentieth trip to Tanzania and, even more so, it has been a wonderful decade of working together with Frank and Susan and everyone at FAME. I have had so much to be thankful for given the opportunities I’ve had and not a day goes by that I don’t remind myself how lucky I am. It has become increasingly clear to me, though, that my true gratitude lies not in what it has done for me, but rather in what it has allowed me to do for others. For it is in this context that the full essence of gratitude becomes obvious. It is in the difference we make in other’s lives, now our own.

This year has also been marked by a number of other milestones that are well worthy of mention. Before I do that, though, I should also reassure everyone that our neurology project at FAME has continued to grow with each passing year. I addition to the four neurology residents (three adult and one pediatric) I bring twice a year for a month each time, we are now also traveling with one lucky medical student who accompanies us to assist with our registry data and observe the work we do there. Additionally, we were fortunate enough to travel with two other incredibly talented clinicians last March – Marin Jacobwitz, a pediatric nurse practitioner, and Dr. Dan Licht, a pediatric neurologist, both from Children’s Hospital of Philadelphia – who will both be accompanying us again this coming March for their second visit. We are also now having other neurologists fill in the time between our visits – Dr. Joyce Liporace was there in August and Dr. Branch Coslett is there currently – to continue training the doctors at FAME in the evaluation and care of neurology patients. 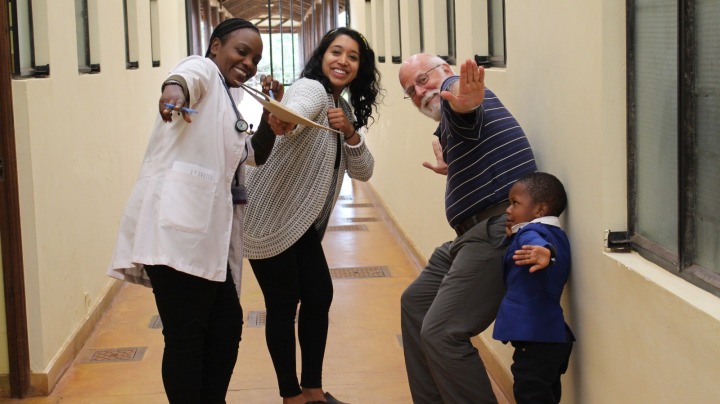 Dr. Annie, Marissa, Dr. Mike and one of our patients surfing in the hallway

During our last visit in September, we evaluated and treated more neurology patients than we ever had during our month clinic – 405 patients – all with the support and assistance of FAME and its staff. A special mention goes to Dr. Anne Ghati, an incredible caregiver who I have worked with now for many years and who, going forward, will be our neurologist on the ground, caring for our patients in between visits and new ones as they come. She is truly an inspiration and has had a positive impact on every resident who I have brought to FAME. They will all be better doctors having worked with her for her caring and compassion are truly contagious. And two other individuals who have been essential to our work are Angel and Katashu, FAME’s relentless social workers who have dedicated themselves to the success of our neurology project. They travel to the remote corners of Karatu district prior to each of our visits making announcements of our arrival to the communities and to ensure that everyone who travels to see us, often for days, understands what it is that we treat. And then when we arrive, they make sure that things run smoothly which is often a great undertaking considering the volume of patients that may show up on any given day. There is a tremendous amount of coordination and they do it seamlessly for us each and every time.

Angel and the rest of the neurology group in September 2019

A very huge milestone occurred for FAME this year in that the much needed 24-bed Maternity Center opened and seemed to almost immediately fill with women coming to FAME to deliver with a great number of them coming from outside our district, further validating the fantastic reputation for health care delivery within Northern Tanzania. Once perk for us of the Maternity Center opening was that for the first time in many years, our clinic in September had its own facility in the old Ward 2 that had previously served as the maternity ward, less than half the size of the newly opened one. Though this ward will soon be repurposed, we are hopeful that it will occur after our March trip so we’ll have that luxury on at least one other occasion. A future dream of mine will be to secure funding to develop a dedicated “specialty center” where we and other specialties visiting FAME can see patients and have a home. 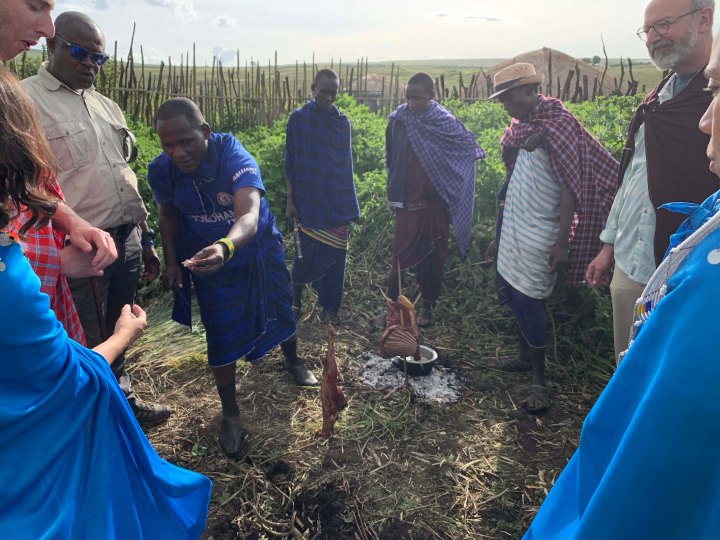 Kitashu at home in his boma

As many of you know, my life has become irrevocably intertwined with that of FAME over the last ten years and, in March of this year, I was incredibly honored by being asked to serve on the FAME Board of Directors. It is a vastly different role for me than I have been accustomed to at FAME, but as the only other physician on the board beside Frank, I have become acutely aware of my responsibilities and am, once again, grateful that I have been given this opportunity to serve others. 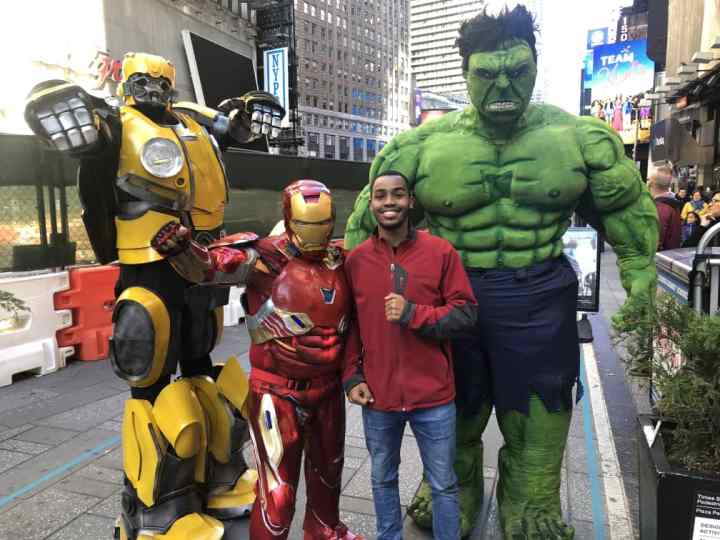 And finally, I’d like to mention the event that occurred this year that had the greatest impact on me personally. Last year, we had had the good fortune to work with a certain young medical student during our month at FAME who had greatly impressed me with his dedication and drive to learn as much as possible during our time together. Following this interaction, and through circumstances that I need not go into here, Abdulhamid Shaban was given the opportunity to travel to the University of Pennsylvania as a guest and to spend a month with our neurology service, a specialty that he had become totally enamored with after working with us in Tanzania. To put this opportunity in perspective, not to mention the sheer magnitude of traveling to the United States for a young man that had never left Tanzania, let alone flown on an airplane, you must remember that there are less than half a dozen neurologists in the entire country. There are virtually no neurologists on staff at the medical schools and there are only two neurology residency programs in all of Sub-Saharan Africa. 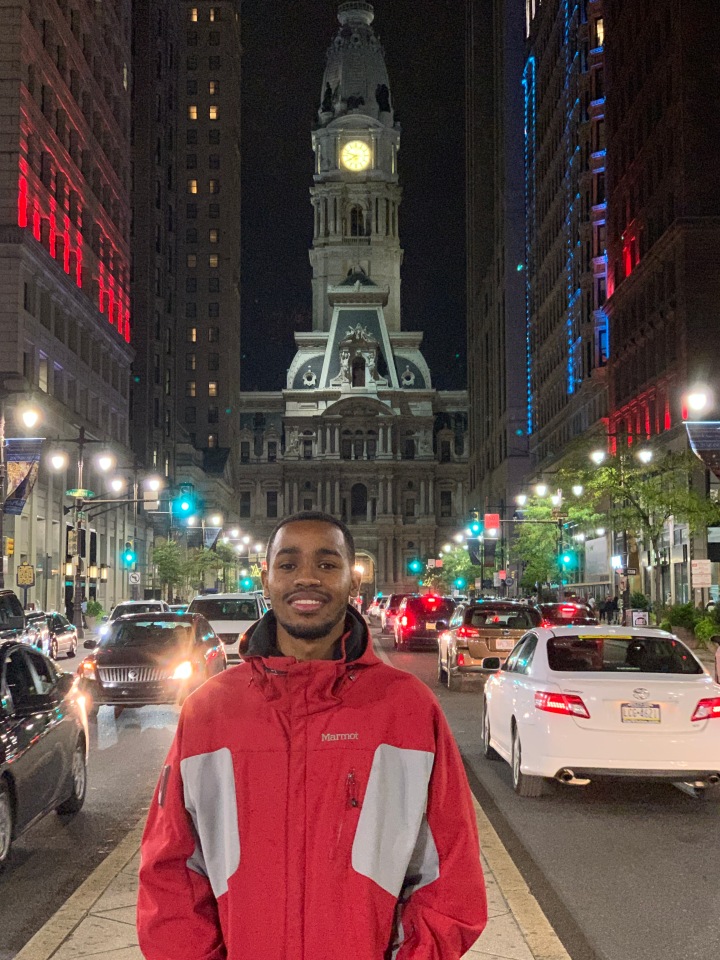 So, after our month in September, Abdulhamid traveled with two of us back to Philadelphia to spend a month observing the delivery of medical care in the United States. Without belaboring the point, I will tell you that he made the most of every waking moment he had here, spending time with multiple neurology services and seeing things that I believe he would never have imagined seeing. I could go on and on about his experiences here and I am not sure that I could truly convey the magnitude of impact that his visit had on him by his own admission. But I came to realize after a very short while, that as great as this impact on Abdulhamid was, it was equaled, and perhaps then some, by the lasting effect that he had on those of us here who had the privilege and honor of working with him. It was clear that what we take for granted was not so for Abdulhamid. I have so many fond memories of sharing new experiences with him, from the wonder of teaching him the neurologic examination to his first taste of shellfish during one of our nights out together. And when I wasn’t sharing those experiences, it was the residents or medical students spending those precious moments with him, whether it was at an Eagles Tailgate (yes, that’s true) with Leah or a day in New York City with Peter or bowling for the very first time after never knowing what it was before. This is what gratitude and thankfulness are all about, it is in those little things we do, often without our realization, that affect other’s lives, sometimes knowingly and sometime not. But most often without intentionally doing so. That is the true act of giving….. 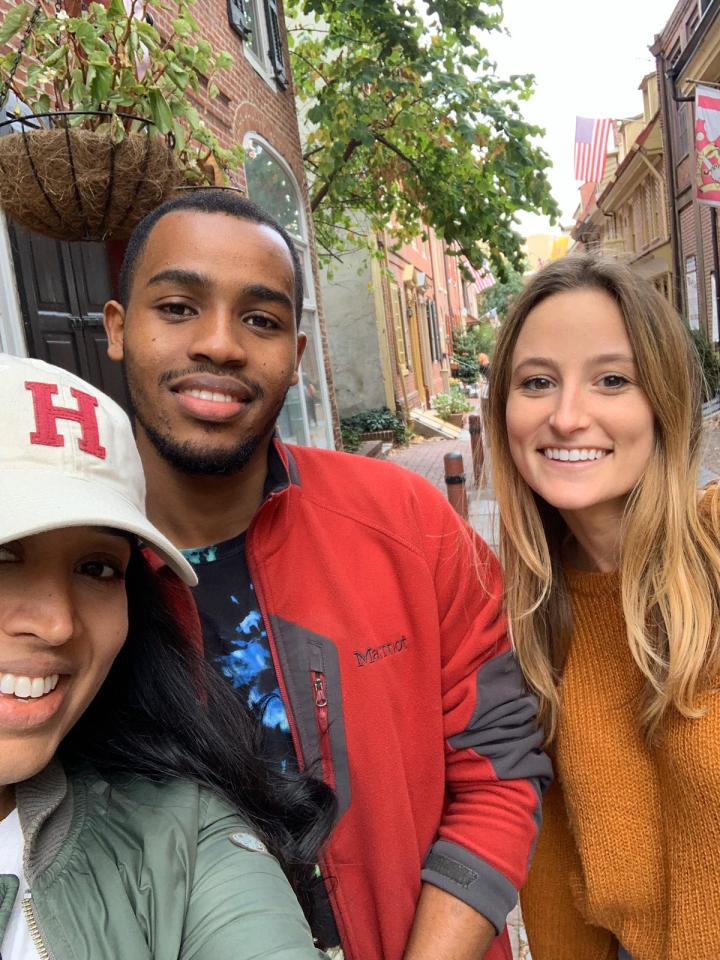 Marissa, Abdulhamid and Leah in Philly

On this day of giving, I would ask each of you reading this to choose to make a difference in someone’s life and to share in that sense of gratitude and thankfulness that I have been so lucky and blessed to have known over this last decade with FAME. I would ask that if you are able, please go to the FAME website to share on this Giving Tuesday. 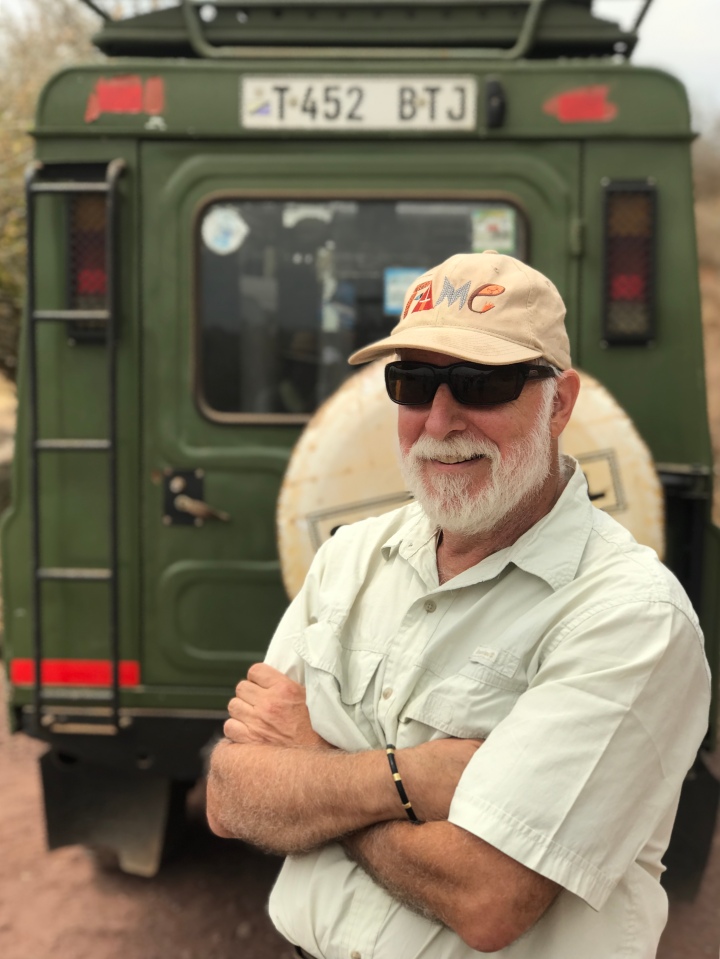