Our journey to the Galapagos first took us to Quito, Ecuador, which is nestled high in the Andes and is the highest official capital city in the world at 9,350 ft. (La Paz, Bolivia, is higher, but is not the official capital as Sucre is the constitutional capital). Regardless of whether it is La Paz or Quito, the city is quite high and you can certainly feel the altitude coming from sea level. We arrived around noon into the airport south of town and were immediately picked up by my brother and Diego, his co-worker here who had graciously offered to spend the weekend showing us the city. Diego is native Ecuadorian and grew up in a region several hours south of Quito, but has lived in the city for a number of years. My brother has been traveling to Quito over the last two years as his company is working with the government here in developing their oil fields. It was truly lucky that he was able to arrange a business trip here to meet us. 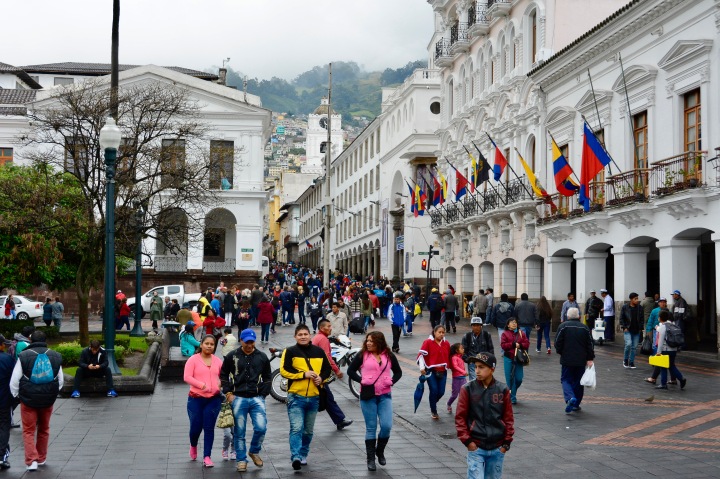 We hadn’t gotten much sleep on the flights down, but it was off to the old city of Quito as soon as we checked in at the hotel and freshened up. Quito is an amazingly old city having been founded by the Spanish in 1534, and is a Unesco World Heritage site as it is the best preserved of all the Latin American Cities despite several large earthquakes in its history. Before the Spanish built up the city in the sixteenth century, it had been the northern capital of the Inca Empire for over a century and was burned to the ground by one of the Incan generals so the Spanish couldn’t have it. The old city is centered around the town square and there are many old churches within a several block radius. We had lunch under one of the churches in a wonderful restaurant that served local dishes such as a hearty potato chowder with cheese and avocado. 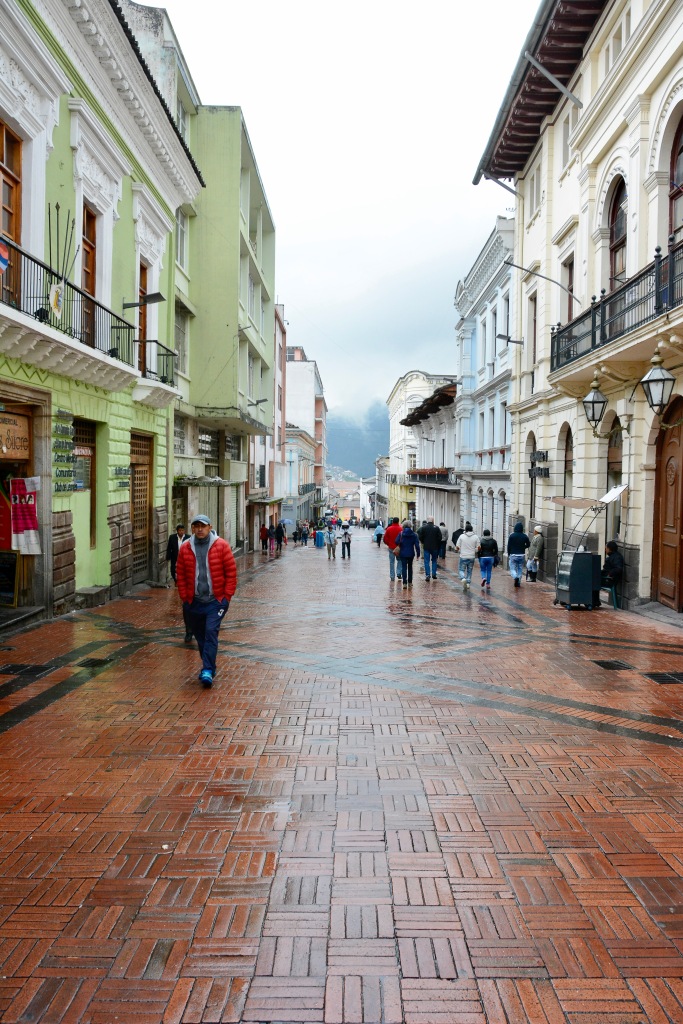 A street scene in Old City

After walking through old city in a light rain, we decided to head up to TelériQo which is the tram that heads up from town on the side of Pichincha Volcano to an altitude of 4100 m (13,451 ft.) at the top of the tram. We walked around to see all of the sights, but the city was socked in the clouds as you can see from the photo. Unfortunately, Vulcan Cotopaxi, at 19,347 ft. was in the clouds as well and not visible to us. The views were still breathtaking and it will have to wait for our return to see them as we had other plans for the following day.

Diego and Jeff on the tram 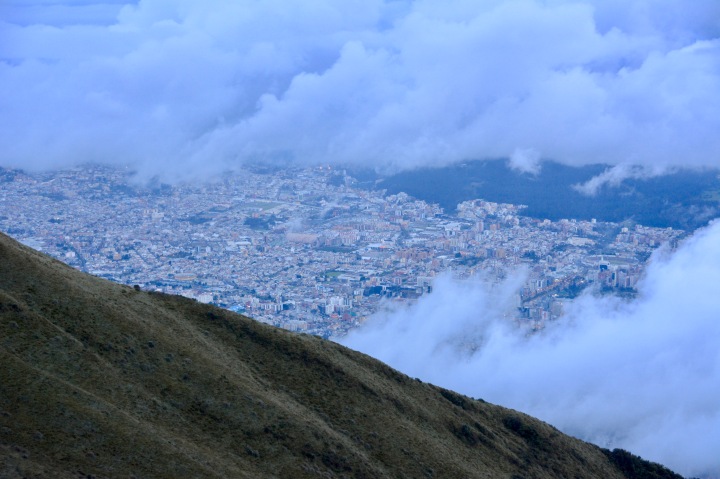 Looking down on Quito through the clouds

After a trip to one of the local malls to get a sim card for my phone, Diego dropped us off at our hotel and since we had such a late lunch, we decided to relax for a few hours and head out for a late dinner. We went down the street to a local seafood restaurant where we ordered a ceviche appetizer tray for the three of us and a single mixed seafood entree that had a mix of shrimp, prawns, octopus and fish. The dishes were amazing and just the right amount of food for us. The seafood here is amazingly fresh and the ceviche is to die for! We had a nice bottle of Ecuadorian cabernet along with our dinner and by the time we got home we were all ready to hit the sack after our long travel from the States. Our first day in Quito had been incredibly full of adventure given that it was really only half a day and we still had tomorrow here to look forward to. 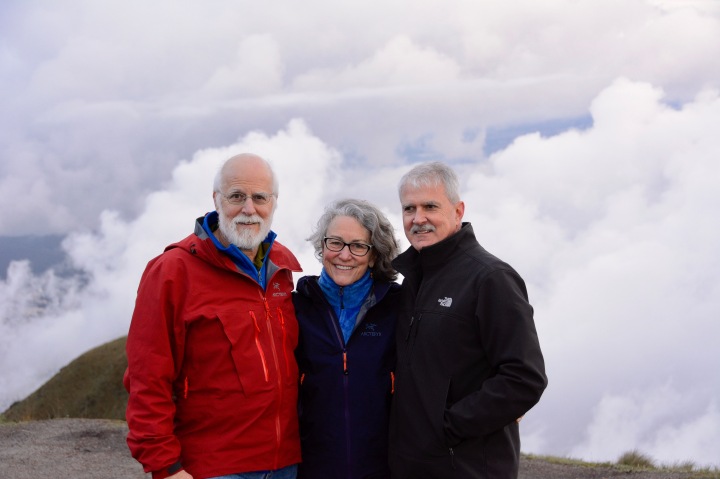 Mike, Kathy and Jeff high above the clouds and Quito