When I first came to volunteer in 2010, FAME had been providing monthly medical care to an extremely remote area around Lake Eyasi, about a five hour drive from Karatu. These mobile clinics were a week long affair that required a huge amount of resources where typically half the staff of FAME along with other hired help would travel in the FAME mobile clinic/bus and several Land Rovers to set up a clinic and lab and serve long lines of patients. That project was funded by a grant that ended after three years. I was lucky enough to travel on three of those clinics during my time here as they were really adventures, both in the sense of exploration as well as the medical sense. We saw amazing scenery along the drive (and I was able to drive my own vehicle once), often through regions with very little in the way of roads so you had to feel you way along, across dry lake beds and rivers that were sometimes not so dry, all to serve an area where the Hadza lived, the last hunter gatherers of Tanzania. In addition to the FAME staff, the operations for the clinic were organized by Paula Gremley and Amir Bakari Mwinjuma, two wonderfully generous people who worked to provide health care in under served areas of Tanzania. 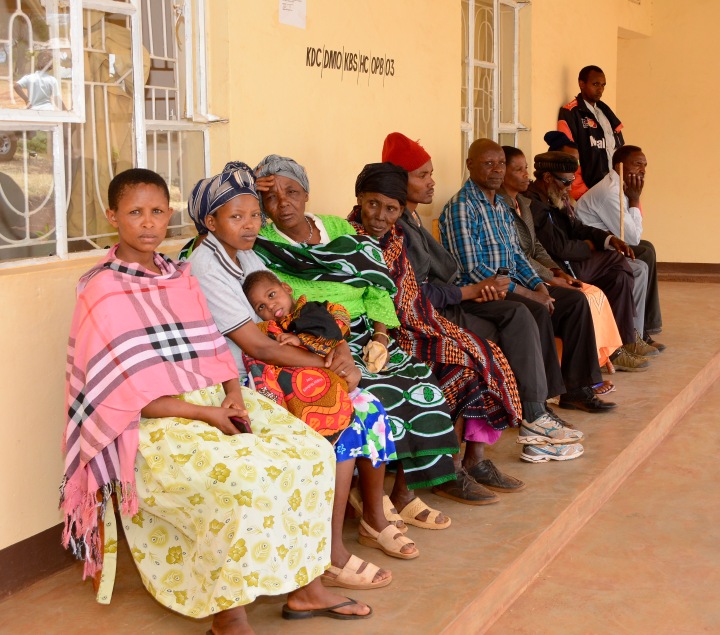 Patients waiting our arrival to Kambi ya Simba

It was Paula and Amir who first suggested organizing a smaller version of the mobile clinic to provide just neurological care to some smaller villages in the Karatu district. I first traveled to the villages of Kambi ya Simba and Upper Kitete with Paula and Amir sometime in 2011 or 2012, and have been providing neurological care to this area since that time with the help of FAME. I quickly realized that these “mini mobile clinics,” as I first called them, were an important part of providing neurological care to a community where it wasn’t as much an issue about access, but rather the fact that many of these patients had treatable disorders such as epilepsy and were completely unaware that they could be treated. A trip to FAME for healthcare was not impossible for the residents of these villages, they just had never sought treatment or had often been treated with subtherapeutic doses of medication that were never effective for obvious reasons.

The FAME Neuology Mobile Clinic has now been a service that we’ve provided every six months during our visits here and since 2013 has also included the neurology residents that accompany me here. In addition to Kambi ya Simba and Upper Kitete, we have also continued to provide neurological care at Rift Valley Children’s Village in Oldeani. One of our weeks here is devoted to these mobile clinics where we take our vehicle, a nurse to dispense medications, our outreach coordinator (Sokoine), one of FAME’s doctors, a social worker, and an interpreter. Ema, a mainstay at FAME since its inception, most often comes as a driver in case anything should happen to our vehicle along the way. We bring along all the medications we may need to dispense during our clinic, our lunches (usually purchased on our way out of town – all Tanzanian street food and delicious), drinks and whatever else we may need for the day. 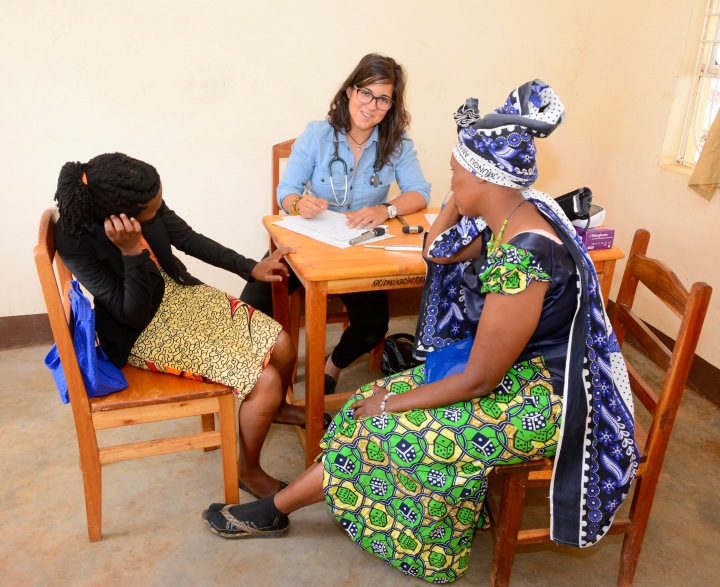 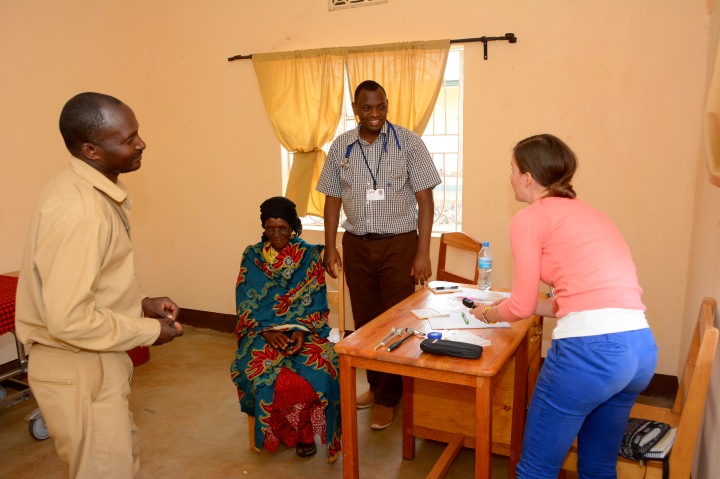 This was our week for mobile clinics and today was the first day we would hit the road to provide neurological care to the villages. The first day of clinic used to be hectic as it seemed I was always running around to make sure we had everything, but that has no longer been an issue as our medication box (a very large Rubbermaid tote) is made up well in advance and Sokoine has prepared everything for us. We usually plan to leave around 9am, but typically something will come up such as a patient to see in the ward though this morning, things went smoothly. We attend rounds at 8am with the other doctors and at 8:30, I was able to break away to get the vehicle packed and things organized. We left shortly after 9am and stopped in town at several shops to pick up things for lunch as well as some power steering fluid as it turned out ours was leaking and needed to be refilled. After all of that was done, we were on the road and headed for our first village of the week, Kambi ya Simba. 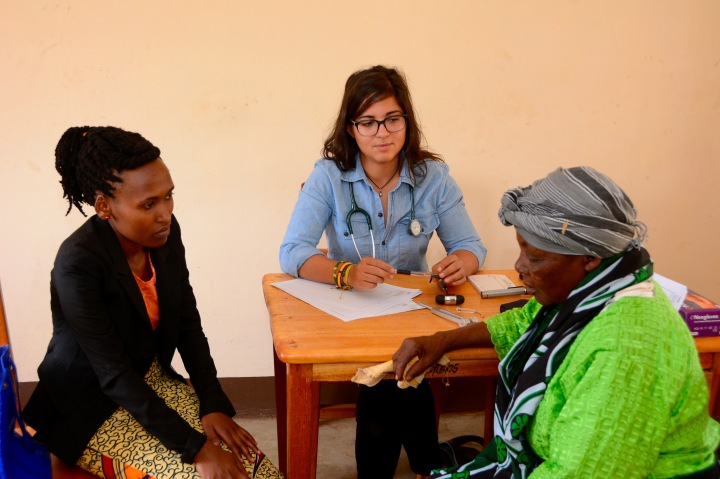 The drive to the Mbulumbulu region is through Rhotia Valley that parallels the great rift and is tremendously beautiful. Even in the dry season now, the fields are full of crops and the residents are all out working in them, waving as we travel by. The land here is perfect for farming with the influence of volcanic activity now topped with fertile soil. We pass field after field of crops as we travel and through some small villages with all the normal activities that one would expect along with those milling about the small shops that are no more than clapboard shack with a door and window. Many are just made of sticks and dirt with anything for a roof that will repel the rains, or sometimes not. Older men sitting on benches outside the shops, conversing or playing games. Two old men playing checkers that I would have loved to photograph, but we were on a mission and unless we’re providing medical care to them they are typically less than enthusiastic about having their pictures taken. These are a very private people and their daily activities are their own, not to be shared, but rather respected. 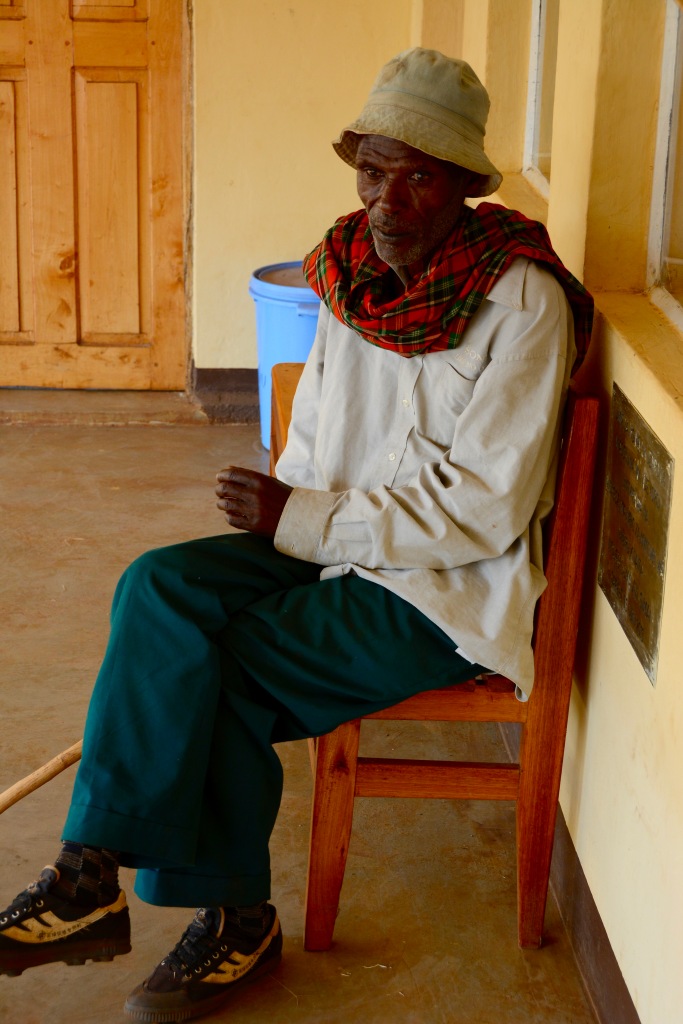 A patient waiting to be seen

Since my first coming to Kambi ya Simba they have build a new community health clinic so we have a place to set up shop with desks and chairs. Previously we would see patients in the small labor ward sitting on beds in a less than optimal situation. When we arrived there were lots of patients since and waiting for us and the first thing to do was to create a list and screen our patients to make sure every patient had a neurological problem as we are not practicing general medicine here as that would alienate us with the government nurse and clinical office who provide that. We had about twenty patients to see and considering we were starting now at 11am, we capped the list to make sure we wouldn’t end up spending the night here. In the past, we had spent two days at each village, but this visit we were only spending one so it was a bit more necessary that we saw everyone possible. Dr. Badyano will be accompanying us for the week and today he worked with Kelley so she could teach him about neurology and our examination. We try to work with the doctors who have expressed an interest in learning neurology and Badyano has impressed all of us since being here. Laurita worked with Salina as an interpreter today and the two will switch off tomorrow so both will have a chance to work with Dr. Badyano during the week.

A longstanding patient of ours at Kambi ya Simba

The Mbulumbulu region is almost exclusive Iraqw, many of who have never traveled beyond the borders of the community and speak no Swahili. Therefore, we must often rely on have three-way conversations using an Iraqw to Swahili translator and a Swahili to English translator. It is hard enough to take histories here that when this occurs it often becomes quite unwieldy. Ema, our driver and jack of all trades, speaks Swahili and Iraqw, but no English. Luckily, Salina speaks Iraqw and English making it much easier, but it seemed that Laurita drew the straw to the see the Iraqw only speaking patients today. Clinic was a mix of return and new patient and all types of pathology. We have maintained notes on all the patients from the beginning of our mobile clinics, but the notes, though alphabetized in the past, seem to be in some disarray and at times difficult to find. What we’d do for a database that we could use here, but there is no mechanism at the current time to tie into FAME’s database or even reliably access it online given the Internet situation here. Perhaps a project for the future and something to discuss with Susan.

A typical sight traveling home on the rural roads

We took our lunch break around 1:30pm and sat in the car to eat. Samosas, “vitumbua,” (fried rice cakes), chapati, and other assorted staples of a Tanzanian lunch. They are delicious and definitely help with our hunger pangs. We completed our patient list at a reasonable time and left Kambi ya Simba for home, arriving back into Karatu at 5:30pm to drop off all the staff in town and make our way back to FAME. Monday dinner is fried chicken with potatoes and green beans which are just perfect for our relaxing time along with a beer to watch the always marvelous sunset from our back porch. We just couldn’t ask for more than we have here. It has been a very bright moon that doesn’t rise until later in the evening so the stars have been phenomenal. The Milky Way looks like a thick belt of white across the pitch black sky along and with the clearly visible red planet of Mars make us all feel like wanna be astronomers.