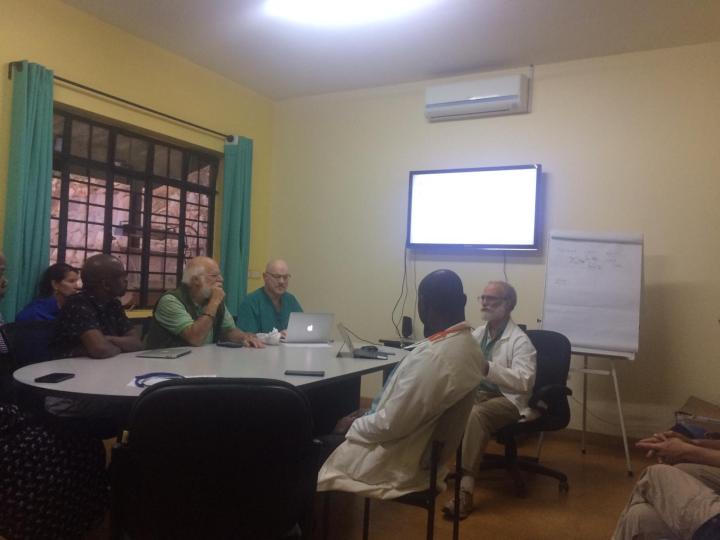 I still wasn’t feeling well despite having stayed home from the Golden Sparrow, missed out on the celebration and went to bed early that night, so I spoke to Steve about seeing him in the morning to see if he could figure something out for me. I probably haven’t gone into enough detail about Steve’s background, but leave it to say that he is the doctor’s doctor. Simply put, he is an amazing clinician and diagnostician who is one of our university’s treasures. In addition, he has a career devoted not only to medicine and education, but also to global health and, in particular, HIV and infectious disease. He build the Botswana-Penn Partnership around their nearly hopeless HIV infection rate and developing a program that was hugely successful and resulted in the creation of a national medical school in a country where there was previously none. 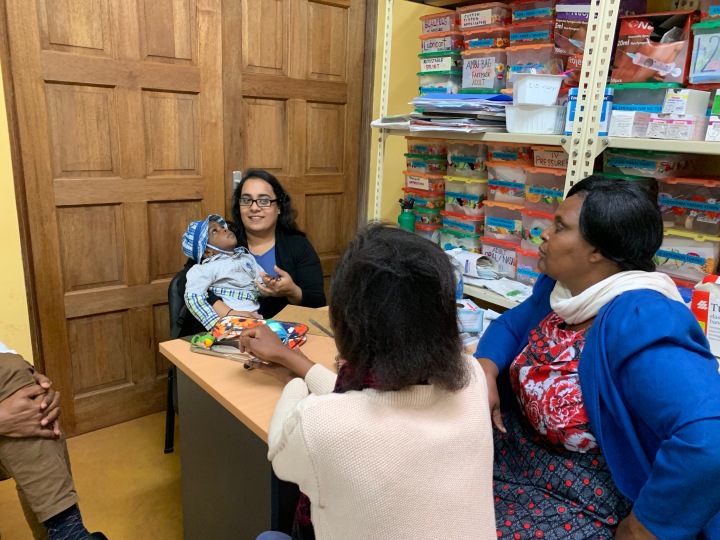 Amisha and one of her pediatric patients

So, what better person to bring along with us this month, especially considering my current dilemma. But first there was the morning educational lecture and morning report to get through before I could get to Dr. Steve. Today’s lecture was actually going to be given by Steve and was a fairly basic talk on antibiotics that I very much appreciated given the fact that it has been over 30 years since I’ve covered this stuff. Despite a very dry subject matter, he managed to keep everyone’s attention as far as I could tell and there were lots of good questions clearly indicating that people were getting something on the subject. 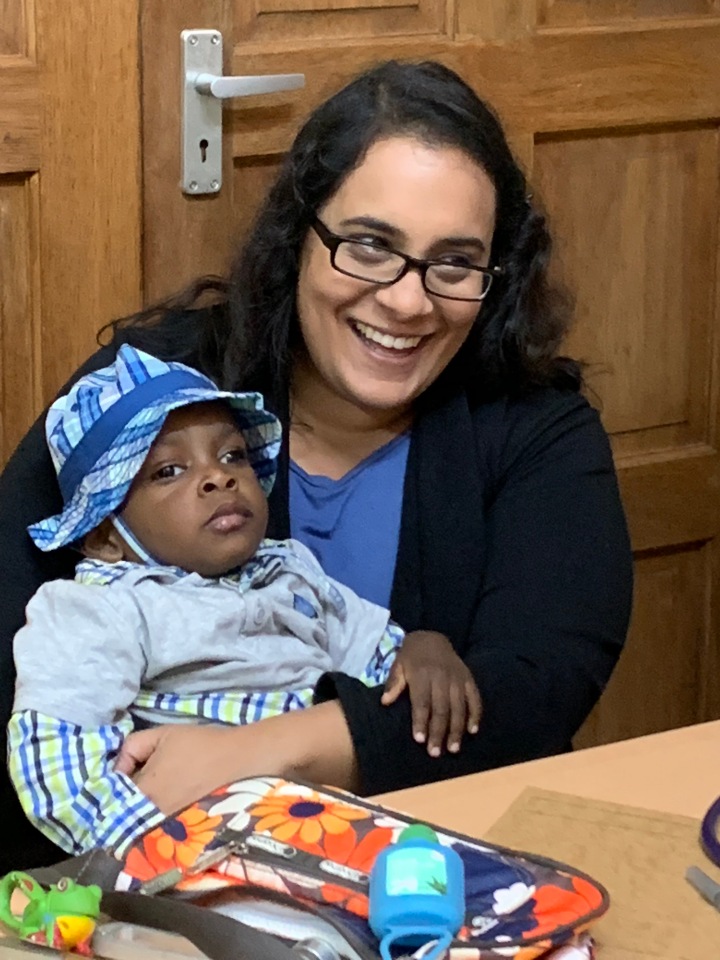 Amisha and a well-dressed patient

I was feeling so poorly that I don’t recall much of morning report, but once it was over, I immediately went to our clinic area hoping to make certain that things were reasonably organized and would be moving in the right direction relatively quickly so the residents could start seeing patients and be ready to present when I returned from Steve’s visit. Things looked good and so Steve and I wandered over to the OPD where we grabbed and room and he took a good look at me as well as doing an examination. Thankfully, it wasn’t anything serious, but as poorly as I felt, it would need some attention. I managed to maintain some semblance of composure throughout the morning, lunch and into the afternoon, but as the day wore on, I was feeling tremendously worse to the point that I didn’t feel I could continue working any longer and need to head home to either get horizontal on my bed or else I’d be getting horizontal someplace else and it very likely would not be voluntary nor in a place of my choosing. 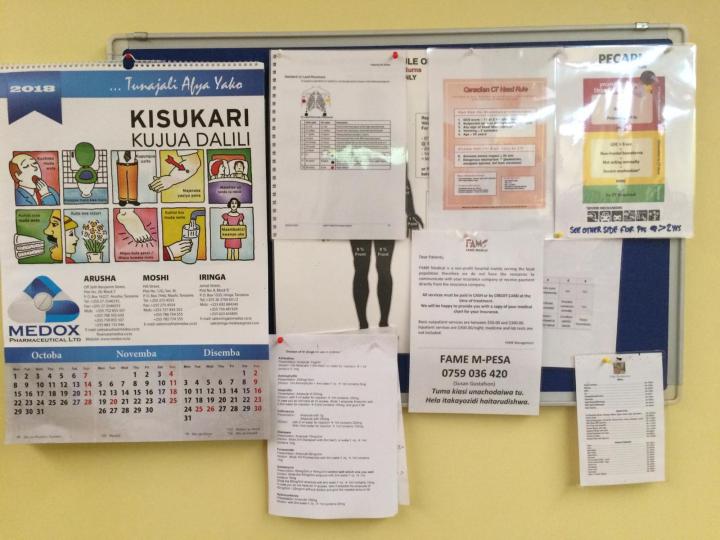 A bulletin board in the peds ward

My departure from clinic was somewhat of a blur to me, but I recall sitting outside on one of the seats in our “waiting room” and noting that we were pretty much done with clinic except for few last patients that were being seen. Frank walked up to me as he usually does and was holding the MRI folder of a patient we had seen earlier wishing to discuss the case with me. I merely said that it wasn’t a good time for me and, taking one look, I think he must have agreed as didn’t continue pursing the discussion. Next, I recall Amisha telling me that she was pretty certain she had a young girl with Rett’s syndrome, a very rare degenerative disorder affecting young girls and very often with seizures. On any other occasion, I would have been incredibly excited to have discussed the case with her and to have seen the child, but all I could muster was something to the effect of, “you know more about Rett’s than I do,” which I probably mumbled as I made my way from the chair to standing with the intention of doing my very best to walk home and pass out on my bed. 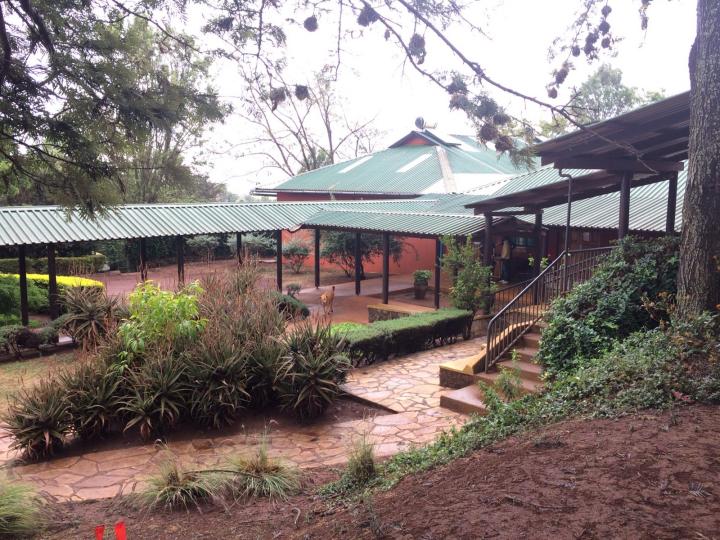 The courtyard area of FAME

Alex, who is an incredible cook and has proven to me on numerous occasions, had offered to cook a feast of Mexican food for our dinners tonight, but in midst of my feeling so poorly, I apparently hadn’t communicated the plans properly to everyone. In the past, we’ve had a final dinner for our month that all the volunteers and local ex-pats associated with FAME attend and we’ve done it our house since it’s larger. The neuro crew thought that the dinner was just for us and considering that Lindsay wasn’t eating beef at the moment, and Amisha, never, decided to order the regular dinner (an equally delicious veggie wrap with hummus) from the kitchen staff creating a bit of an uproar (I say that in some exaggeration given the incredible congenial atmosphere at FAME). What they didn’t know, of course, that it was a huge affair and Alex, knowing their dietary restrictions, had created his very own vegan “taco” filling made with cashews and spices that tasted just like the real thing and was delicious. 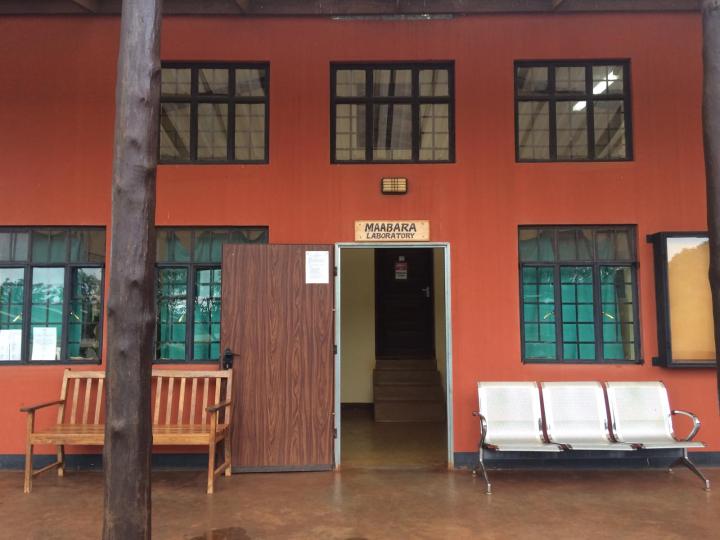 Patient entrance to the lab

I had slept the entire afternoon and evening and awakened to everyone in the house, amazingly still alive, and, more importantly, with a bit of an appetite considering the spread that Alex had created for everyone. Chapatis for wraps, the most tender marinated beef, his vegan “taco” mix, and Spanish rice, while others brought guacamole with plantain chips. The house was completely full of people and the conversations were lively. Despite my early issues, it was a wonderful relaxing time for everyone to share their experiences and, considering the group we had, they were quite extensive and varied. The combined years of international medical work in that room were immense, from the seasoned travelers to the newer initiates, but there was clearly a common dedication and an energy that could have lit a city. 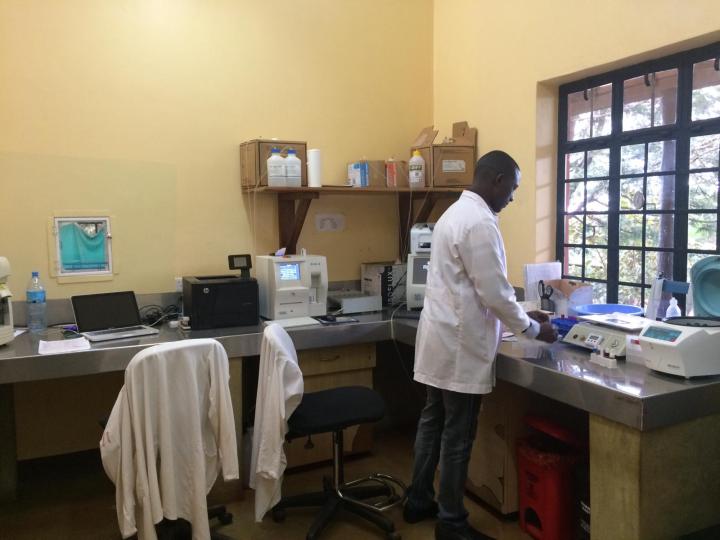 Mussa working in the lab