Amazingly, we were all on the road just moments after 6 am which had been our planned departure time from FAME as were traveling to Lake Manyara National Park where we would all be spending the day exploring the park and its amazing wildlife. We were picking up Peter, our medical student who is living in town, and Selena, a nurse at FAME who I have known for several years and I had offered to accompany us since she had never been to Manyara, nor had she ever been on a safari before, at the intersection of the FAME road and the tarmac. It was still well before sunrise as we set off heading east out of town, then up the hill to Rhotia and finally down towards Lake Manyara nestled in the valley below. The lake is very large so you can spot it well before you reach the edge of the rift, then descending down the steep grade towards the town of Mto wa Mbu where the entrance to the park lies.

A geriatric male seeking out the tender grasses 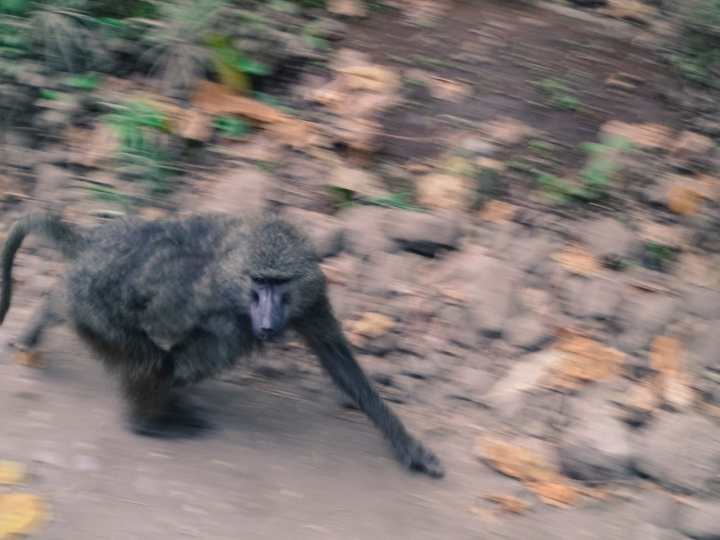 I have spoken frequently in the past of the great National Parks of Northern Tanzania, each with their unique geographic features. Lake Manyara, Tarangire, Ngorongoro and perhaps the grandest of all wildlife parks, the Serengeti. Each has a distinct feature that distinguishes it from the others – Lake Manyara is dominated by lake ecology, Tarangire by river ecology, Ngorongoro Crater with its own unique micro environment existing within the crater, and finally, the Serengeti that means “endless plain” in Maa, the language of the Maasai. 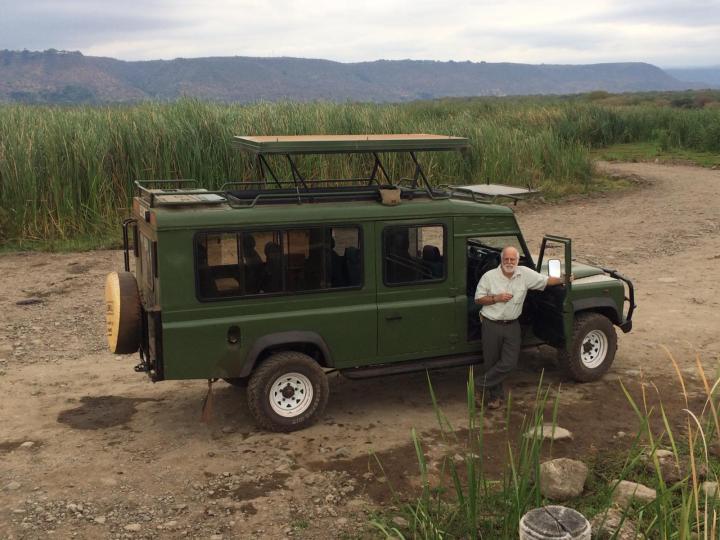 Lindsay, Selena and Hannah caught in the act

Lake Manyara is a park that is often overlooked on many safari schedules as it is a rather small park and is overshadowed by the larger and more well-known parks. It has some very unique features, though, that make it a very valuable addition to any itinerary to Northern Tanzania. It is a very large and shallow lake that was formed in the Rift Valley with a number of hot springs that surround it. As you enter the park, you initially travel through a tropical forest for some distance before arriving at the lakeside in a marshy region where there are numerous species of birds that either migrate through this region or make this their home. There is a hippo pool here and a new overlook platform to look over this wet region that is full of life. As we arrived here, there was a herd of Cape buffalo and zebra mulling around and as we pulled into the overlook, there were a few older male Cape buffalo half submerged in the marsh looking for the more tender grasses. These older, solitary males are separated from the herd and their group is referred to as a geriatric herd. 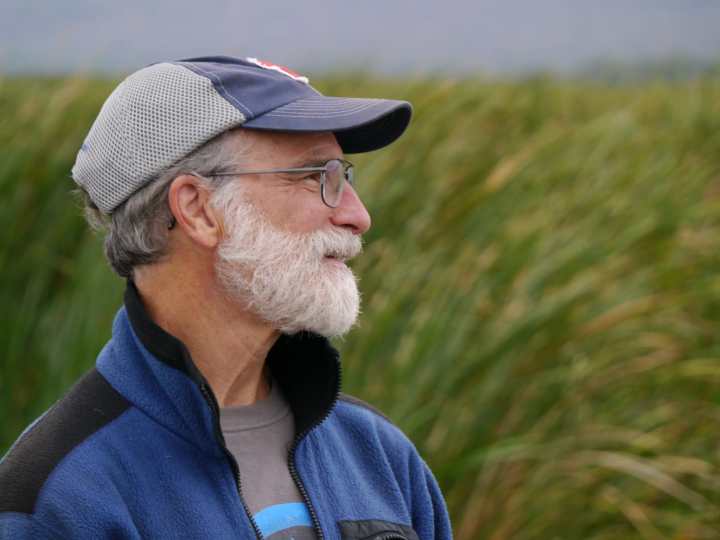 Leaving the marshy area, we traveled along the lakeside, weaving in and out of the forest looking for more game. Large troops of baboons are everywhere and we often have to wait for them to clear off the road and allow us to pass. The other primates here include blue and vervet monkeys that are in smaller groups than the baboons and often in the trees above our heads. There are other nocturnal primates here, primarily the bush babies, but they are obviously seen only at night and night drives are allowed only in private reserves as the gates here close at 6:30 pm. 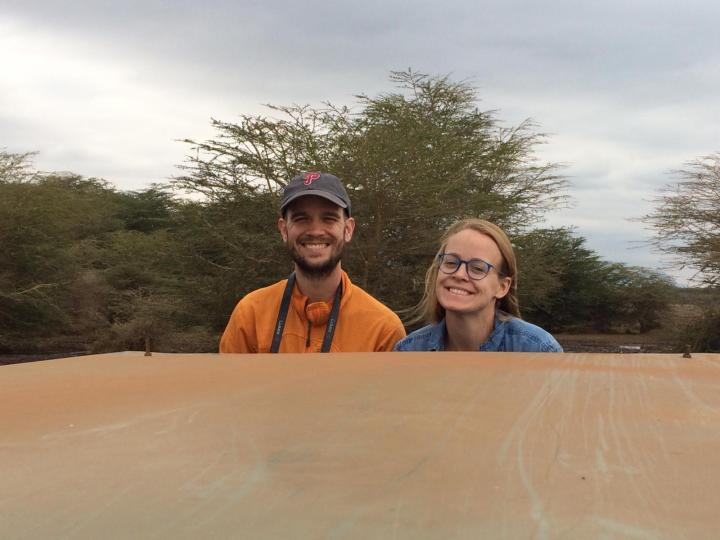 We quickly came upon a small group of elephants feeding on both sides of the road and rolled up to them so as not to disturb them too much. We sat for some time watching them as they got closer and closer to us which is perfectly fine as long as they are in charge of proximity and we’re quiet and not moving around too much. There were a few smaller, somewhat older, babies with the group who the mothers typically keep at their opposite sides from us to protect them. At one point, one them moved into the road immediately behind our vehicle and something must have startled her as she moved rather suddenly and then stood for a few moments facing us as if to decide whether we were a real threat or not. After deciding that we were harmless, she turned and ambled down the road a short distance to feed again.

Driving through the woodlands there were many herds of impala that included both the bachelor herds that are made up of only males who are constantly vying to win and harem of their own and the harems that are all females and babies except for a solitary male that has won the right to rule this herd. The male is constantly being challenged by other males and the dominant male will switch out many times over the course of the mating season.

A mother and her calf

Magi moto (hot springs) is prominent stop on a tour of the park and usually reached around lunchtime so has a bathroom and tables to eat. The hot springs are extremely hot and not something to relax in, but rather have lots of mineral deposits and algae that tolerates the high temperatures. There were several small flocks of flamingoes, something that Amisha was dying to see and was on her bucket list. We have several other safaris coming up so hopefully she’ll get a chance to see larger flocks in the future. There is a new boardwalk that goes well into the lake and everyone took the opportunity to walk to the end while I stayed back and kept an eye on the vehicle so we wouldn’t have to lock up. Having been driving since 6 am, I was happy to have a little rest. 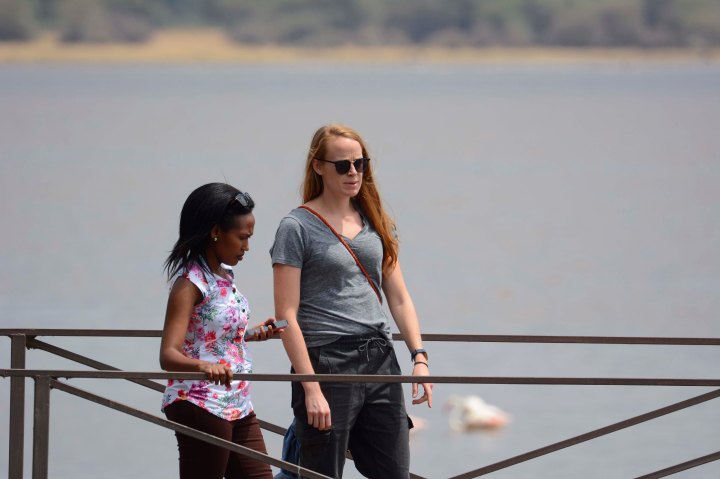 Hannah and Selena on the walkway

The lake was incredibly high as the at least half of the walkway usually traverses a marshy area while now the lake came right up to where it started. Rains come down from the rift wall that is immediately to our right as we’re traveling south and there are many culverts and creeks that are dry now, but become swollen with rapidly flowing water at the first sign of a big rain. It is not difficult to get stuck on the wrong side during a rainstorm and have to wait hours for the water level to go down and enable one to pass.

We had a nice lunch of peanut butter and jelly sandwiches, hard boiled eggs, sliced carrots and cucumber, and pineapple. It was enough to refresh everyone and after lunch we loaded back into the Land Rover and continued to head south looking for lions that frequently spend their days down here. We did see two Klipspringer, which are smaller rock antelopes as we left Magi Moto, along with a dik dik, which is the smallest of the antelope, that was at the side of the road. We were unable to find any lions on this trip, but we did find other herds of wildebeest, zebra and Cape buffalo alongside the lake as we continued on until the road petered out requiring us to loop back around and begin our return trip to the entrance gate. During our trip out of the park we found many more elephants to watch as they fed on the trees and brush at the roadside. We also had the opportunity to see a giraffe, mostly from a distance, but several more closely. We arrived at the gate a little before 4 pm, having spent a full nine hours at the park game viewing. 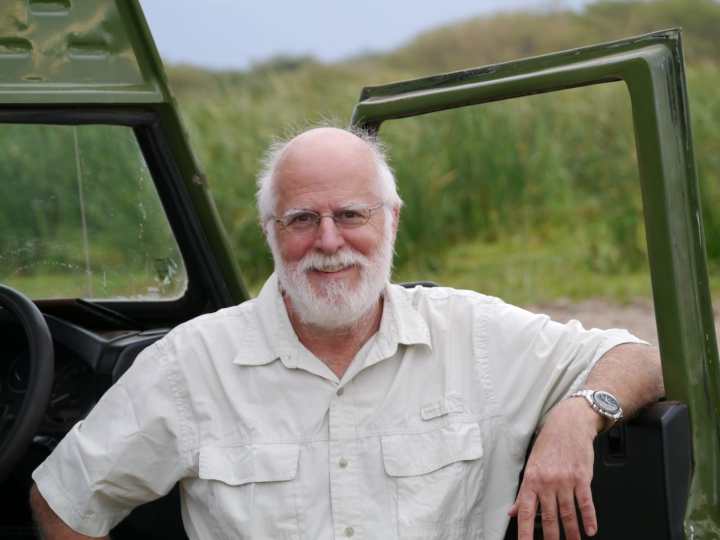 Driving home to Karatu were able to stop a friend’s gift shop to look around and everyone was able to get ideas of things they wanted to bring home. Nish, who owns the shop, is a good friend who I have known for several years and lives in Karatu, having originally grown up in Mombasa, Kenya, which is on the coast. We arrived back in Karatu pretty much starving as, though our lunch had been tasty, it wasn’t entirely filling and we had eaten earlier than normal here. We decided on eating at Happy Day, the pub where one can find a decent meal on a Sunday and also where Peter was residing in one of their cottages. Unfortunately, as is most often the case in the restaurants here, it usually takes an inordinate amount of time to get your food after ordering. Now one might find that a plus when you’re in a paradise here as you can relax with a soft drink or beer and just enjoy the quiet, but when you’re starving and tired and looking forward to getting home to relax, it is not a welcome thing. It took us over an hour to get our food, which was entirely delicious when it arrived and we were finally able to quench our appetites. Pizzas, mac and cheese with bacon, and fried fish were all placed on the table in front of their appropriate recipient and was very much enjoyed by all and quite quickly devoured. We left Peter at his place and were back home shortly thereafter, all thoroughly worn out from the day, but very happy that we had a successful safari and looking forward to the next.

Solitude at the hot springs