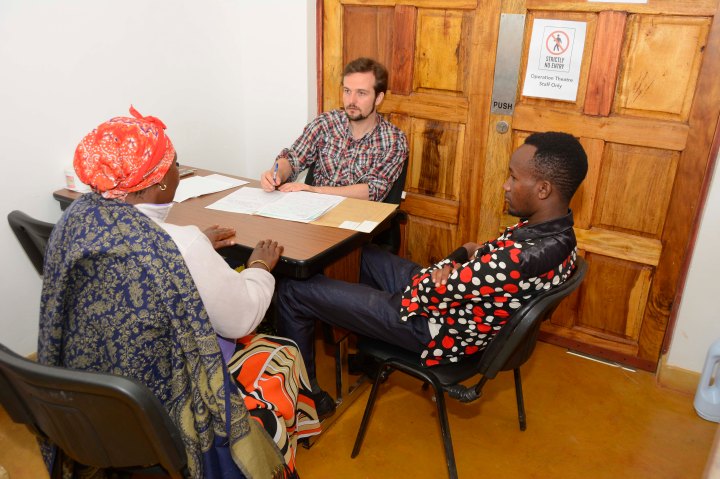 Our safari to Tarangire, having been a total success and having survived the wrath of the tsetse flies, was now a memory as we began our last days at FAME. I had planned to have the last three days of our clinic be more follow up than anything else, but apparently that hadn’t been communicated entirely to the rest of my FAME neurology team as I discovered that all of the days had been included on the flier posted around town. So whether it was the fact that it had been raining some earlier in our stay or just that everyone here seems to procrastinate as much as we do at home, we found ourselves completely inundated with neurology patients first thing Monday morning upon our arrival following morning report.

Angel began registering our patients as fast as she possibly could, but they just kept accumulating and we finally had to set a cut off otherwise we wouldn’t possibly finish before dark. Thankfully, we were all very rested from the night before, having gone to bed early after our safari and visit to the Maasai Market. There were also several patients who I knew would be coming today that included patients from Arusha that Pastor Chuma had called me about and who I had really wanted to be present for during their evaluations, but given the circumstances, there was no way I could possibly have done that while also managing to keep the patient flow moving.

Susan and Susanna evaluating a patient with Baraka 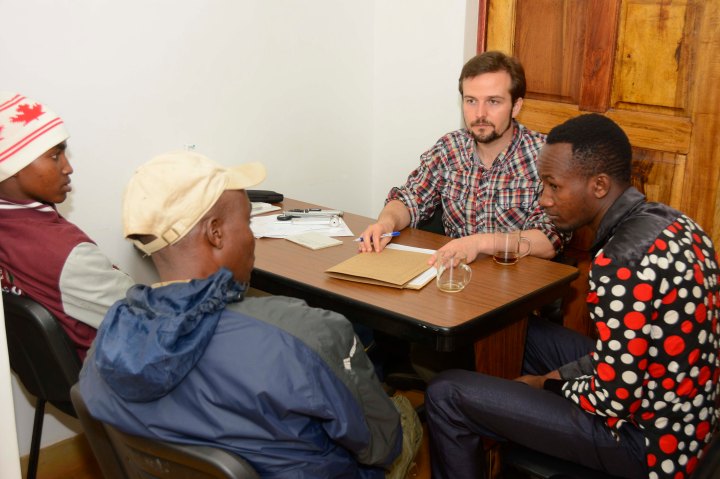 One positive side to the morning, and something that surely made Susan’s day given her interest and future plans, was the fact that Ståle had come today with all of his children. Ståle is a Norwegian who has a non-profit organization in Mto wa Mbu that cares for many children and helps families of others in need of medical assistance. I had first met him back in 2013 or 2014 when I had diagnosed a young Maasai boy with muscular dystrophy and had written about having to tell his mother that he wouldn’t grow up to be a Maasai warrior. He had returned for care for several years, but was lost to follow up and Ståle wasn’t quite sure where the family had gone. 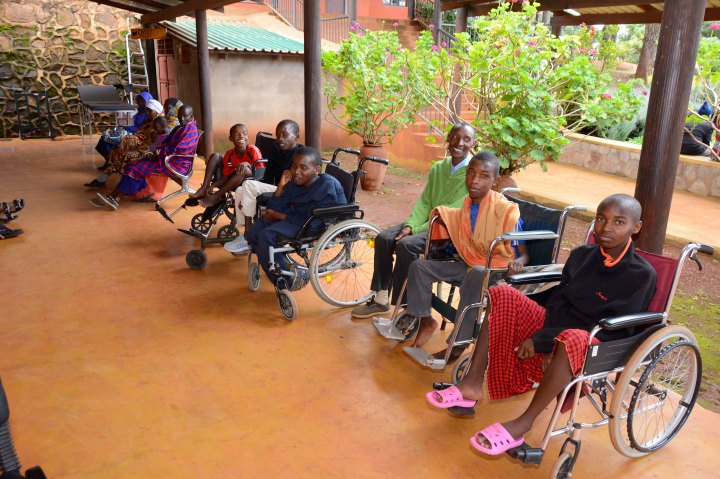 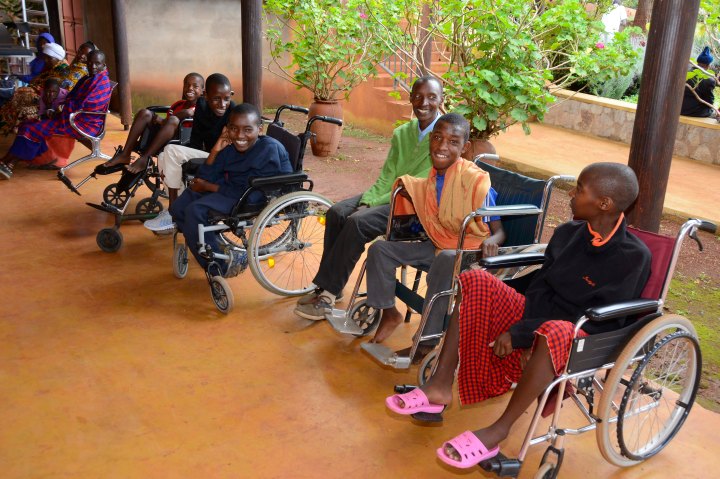 Our group of young neuromuscular patients – a happy bunch

Since then, he has continued to bring us patients and these are either children living in his orphanage or those whose families he is assisting with obtaining medical care. Most of them have neurological disorders with the bulk of them being neuromuscular, it seems. We’ve continued to follow these boys who we’ve mostly diagnosed with Duchenne’s muscular dystrophy, a fatal diagnosis with most patients succumbing in their late teens of cardiac or respiratory complications. For Susan, though, the day conveyed a very wide range of emotions. True, it is always fascinating to see patients with disorders that interest you and which you will continue to see for the rest of your career, but there is also the sad reality that these young boys will die well before adulthood and, quite often, with significant struggles.

Ståle and one of his boys 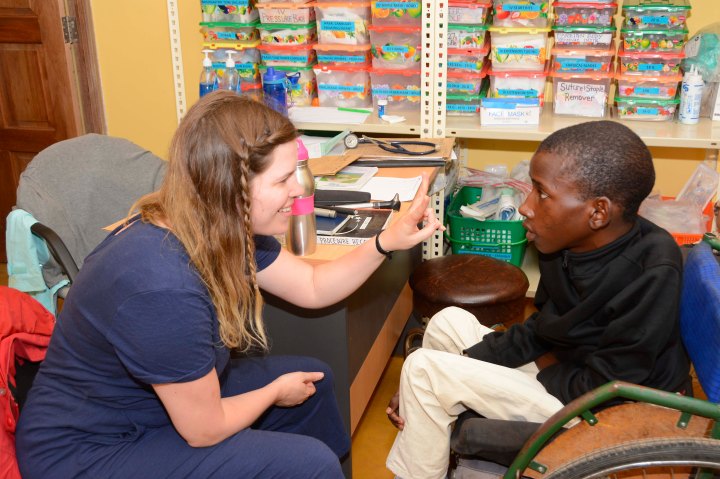 Susan evaluating one of her neuromuscular patients

Two of the boys are brothers whom we have now seen for some time and have watched as they have deteriorated. The older brother was admitted to the hospital when we were last here in October due to respiratory issues, but on today’s visit, he actually looked wonderful, having completely recovered from that episode and appearing no worse from the standpoint of his muscular dystrophy, though knowing fully well that it will continue to progress. Worse yet, his younger brother, with the same disorder, but who is still somehow ambulating despite the laws of physics, has to watch his older brother continue to progress from the very same disease that will eventually rob him of his youth and, finally, of his life. Despite this, they both seem have remarkably positive outlooks making our job a bit easier. 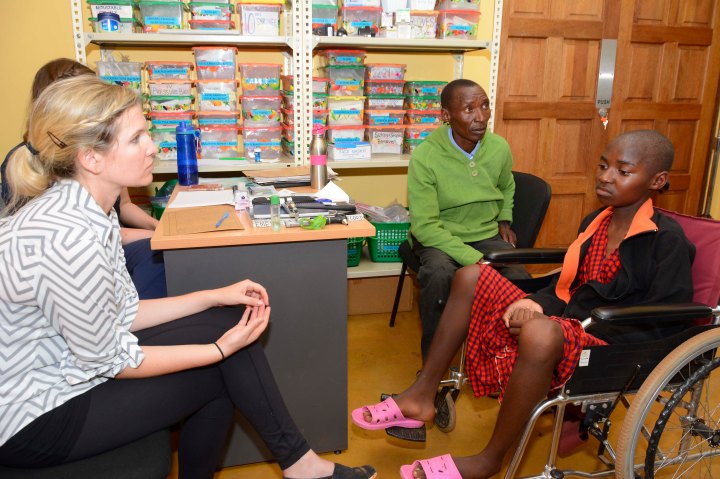 Susan and Susanna evaluating a patient

We had seen a number of boys for Ståle during the middle of the day, so when another set of parents with a young boy having difficulty walking came in to see us, it didn’t seem to be overly presumptuous that they had also come with his assistance. The young boy had the typical story of having difficulty with walking over the last several years and he had been seen at several other facilities before coming finally to see us. He was clearly another child with Duchenne’s so when Susan had finished evaluating him officially (his diagnosis was one that we were fairly certain about shortly after his parents had begun his history and our examination was merely confirmatory) and began to discuss the diagnosis and implications with his parents, I mentioned that Ståle could perhaps help with some of the necessary support.

Mindy doing a sensory examination on a patient

Susan and Susanna evaluating one of Ståle’s young boys

At first they didn’t say anything, but eventually spoke up to say they weren’t with Ståle and had just come to see us from Arusha as they had heard about us being here. What were the odds that another de novo Duchenne’s diagnosis would come in to see us on the same day that we just happened to be seeing all of the other MD kids? I guess when you advertise the only neurology clinic in Northern Tanzania (admittedly, Kilimanjaro Christian Medical Center does have a neurologist on staff, but I’m not certain how often she is seeing outpatients there), it is not too out of the question that these patients will quite likely gravitate to us, or at least that is what we are hoping for. In terms of treatment options, we have little to offer these young boys (granted, steroids are a short term option for those who are still ambulating), but in terms of what we can offer the families as far as a diagnosis and information so they don’t continue bouncing from facility to facility without answers, often spending money they don’t have on needless tests, our work here is often so important and impactful. It is not uncommon that patients have been seen half a dozen times without definite answers which is just so unfortunate. 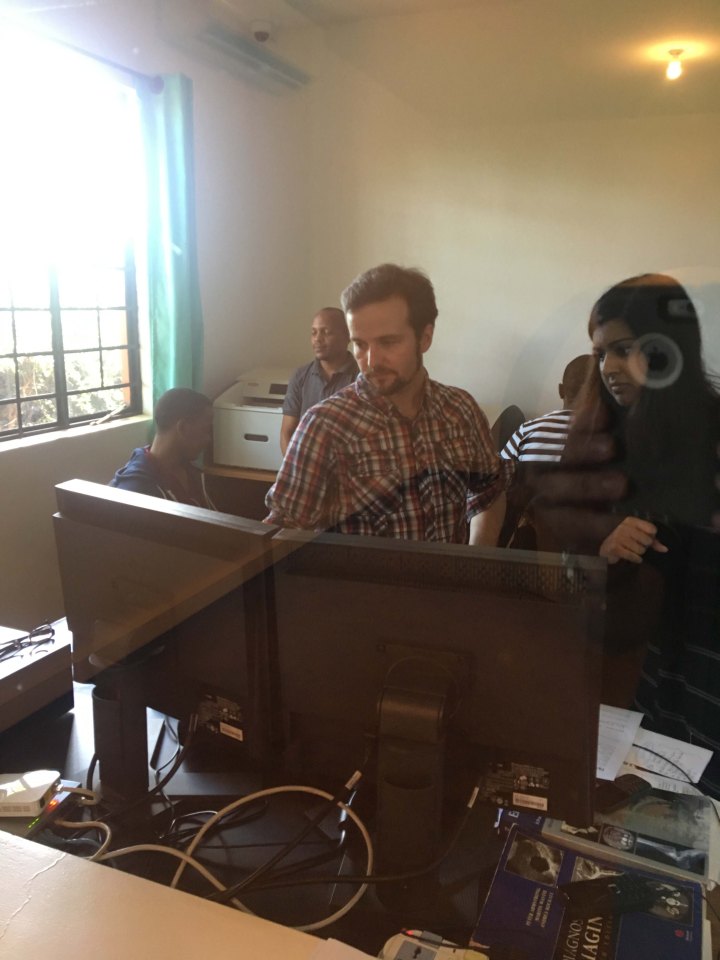 Johannes and Mindy at the CT scanner console

Johannes and Mindy scrutinizing a CT on the monitor

The young boy who had been hit by a cow, suffering a head injury with loss of consciousness and was found to have a small subdural hematoma on a CT scan returned to see us as we had been on mobile clinic when he was originally seen at FAME. Indeed, his neurological examination was normal and there was no need to consider surgical intervention. He looked great and we gave him a clean bill of health advising them to return if he had any change neurologically, though that was extremely unlikely. Of course, in the US he would have been scheduled for a follow up scan to reassure everyone that it was getting smaller and may have even had two follow up scans, but that would be totally unnecessary for unless he had a chance neurologically, there would be absolutely no change in his treatment. We reassured his family and they were quite grateful for the care he had received at FAME and we were quite happy with how he was doing.

Dr. Jackie had also sent us a young Maasai boy who she had seen in the general outpatient clinic with a head injury he had suffered some ten days ago. He was still having significant post concussive symptoms and the history of his having been unresponsive for several hours was, indeed, worrisome. Jackie had done an extremely thorough evaluation, though, that included documenting a complete neurologic examination that would have made any neurology instructor quite proud and had found the child to be completely normal other than a significant cephalohematoma (blood under the scalp) that was resolving by history and was still tender. The question, of course, was whether he needed to have a CT scan and based on his clinical history and the fact that we were now 10 days out made us quite comfortable with the fact that he had not suffered a skull fracture or other injury of significance to have warranted a scan. 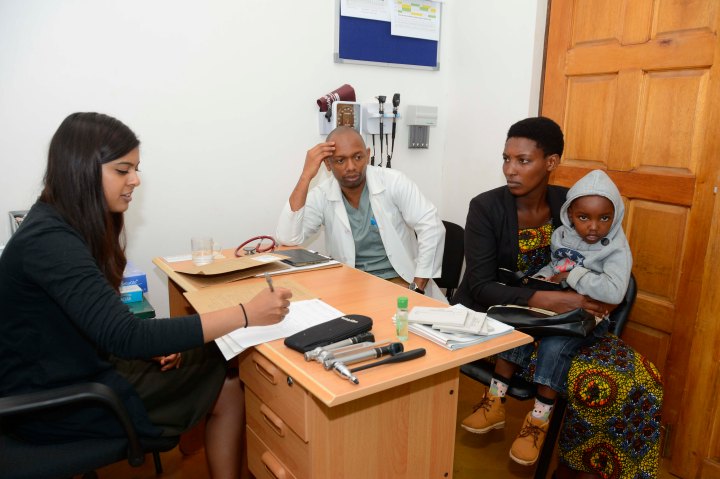 The father had come to FAME expecting to have his son get a scan that would have cost him a significant portion of his family’s income and that is always a problem in a system where there is no third party payer to have to deal with. When a technology becomes available such as the CT scan, and now the MRI (granted, in Arusha there is only one currently), the uninformed community is completely unable to assess the need for it. They see it as something that it is not, almost magical that can provide answers when there are unknowns or, worse yet, when there are no unknowns and it is simply the fact that they haven’t received a good explanation of their condition.

This is often the case with chronic headaches and the expectation that there must be something that is causing the headache, when, in reality, there is nothing we can put our finger on other than that they may have been carrying heavy loads on their head for the last who knows how many years. Our job is often difficult; to explain to a patient why they have chronic headaches and to help them understand that we’re not going to find anything on a CT or MRI scan and that it would be wasting their money to obtain one as it would not provide any answers or change their therapy. Technology is clearly a double-edged sword and introducing it into a health system without some form of checks and balances can be equally as harmful as it is helpful at times.

And finally, there is Mindy and a continuation of the tsetse saga. She had awakened with a painful ankle that was not particularly swollen, but was difficult for her to bend and she was fairly certain that it was related to her run in with the tsetse flies over the weekend. After a tremendous amount of reassurance and convincing her that a short course of steroids would not cause her serious harm and may even make her better, she relented and began taking them. Of course, we continually chided her following that with the fact that she was more manic than normal, but it was all in fun and her ankle slowly improved over the next several days. Oh, and she suffered no ill effects from the steroids as we had all expected despite her concerns. It was a quiet night at the Raynes House and Johannes prepared for his lecture on the finer points of the neurologic examination that he would give the following morning. 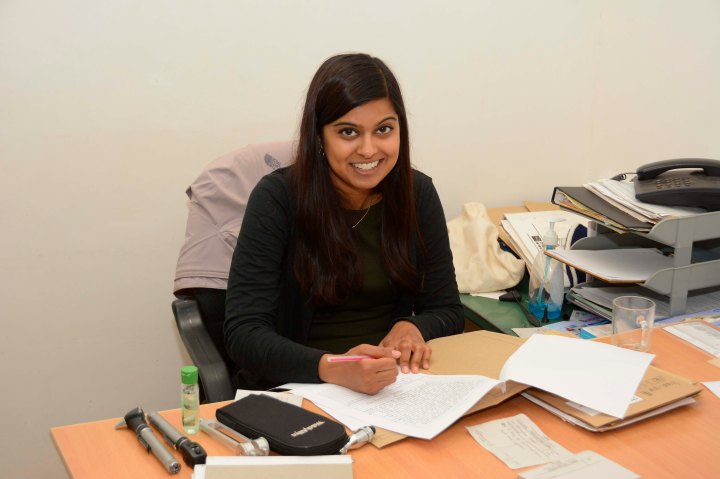 Dr. Mindy working on a chart