(Note: Since I was driving this safari, all photos are courtesy of Neena, Whitley, Sara and Glen)

I’ve written so often about Lake Manyara National Park and the Green Hills of Africa (Hemmingway reference) that every reader should be fairly familiar with this amazing and often overlooked park that may not be as impressive as Ngorongoro Crater or the Serengeti, but certainly holds it’s own among the great parks of Tanzania. Situated along the Great Rift Valley and at the base of the escarpment that rises several thousand feet straight up from the valley floor, it has many great attributes making it one of my favorite parks. It is never crowded, it’s easy to navigate and it has a dense forest as you enter the park making you feel that you’re going back in time. 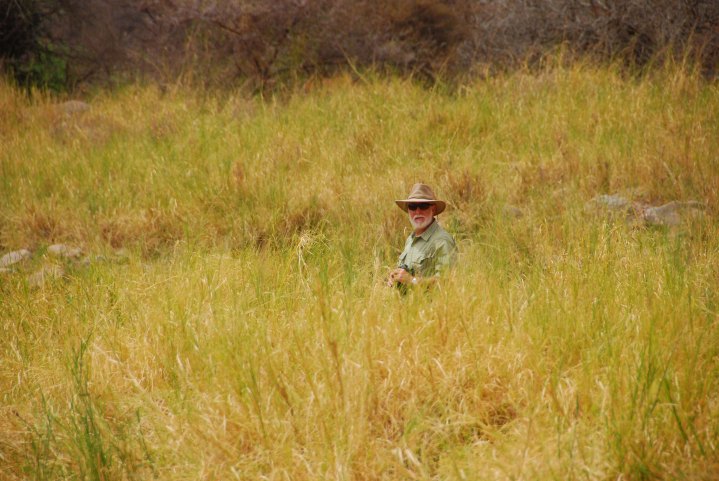 Today, we were heading for Lake Manyara and scheduled to meet Glen Gaulton at the park entrance at 7am as he had originally been scheduled to arrive into Kilimanjaro International Airport at 7pm the night before that would require a stay in Arusha overnight given that the roads are far too dangerous to drive at night due to people and animals often being in the road and the risk of an accident. Glen actually ended up landing at 3am after having missed his connector flight due to a delayed flight from Jo-berg to the Nairobi. He had gotten only two hours sleep plus an hour on the drive when he met us at the park for the safari. He was there pretty much on time which is really saying something in Africa considering the often unpredictable nature of things here. Once we connected, though, it was “top up” and we were all prepared for an adventure. 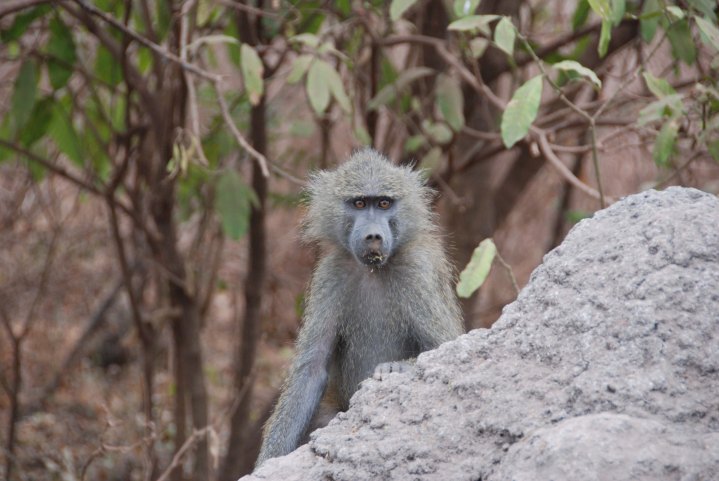 “Are you looking at me…”

We drove into the park and through the forest on our way towards the old hippo pool, though most of the hippos have moved further south in the park these days. Coming first to the marshes where there were dozens of species of birds all congregated there including greater flamingoes that were so gorgeous, but we’d see many more of them further south in the park as we headed towards Magi Moto (hot water) where hot springs flow out of the hills. At the hippo pool lookout, a wood bridge-like structure that provide excellent views of the surrounding marsh, we elected not to get out of our vehicle considering the three male Cape Buffalo who were relaxing right in the parking lot and who wouldn’t have been very happy with our intrusions. There are just some instances where you don’t push your luck despite the fact that we had every right to climb up onto the bridge for a better view. It just wasn’t worth risking our lives for that. 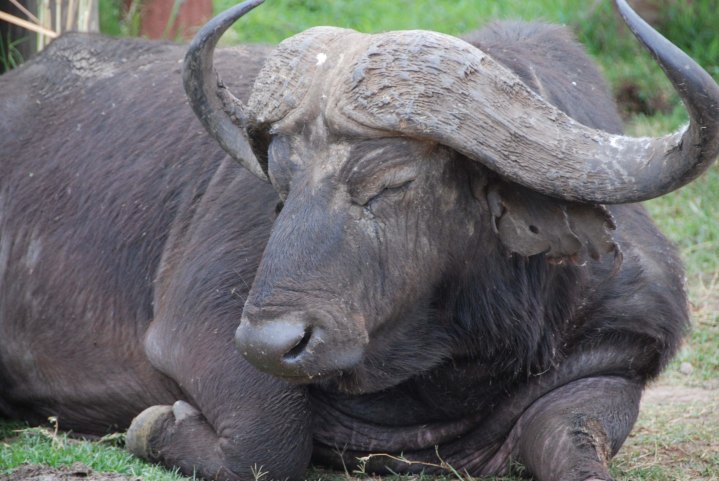 As we drove along the dirt roads of the park, crossing a few streams here and there, we eventually came up a small group of elephants that were eating right next to the road. There were two smaller females and they were several feet from the Land Cruiser feeding on small acorn-like nuts scattered across the ground. After watching them for sometime, we heard a loud crunching sound coming from a bit deeper in the forest behind us. In short order, a very large male, almost twice the size of the two smaller females, broke through the brush with quite an entrance and stood majestically not far from our vehicle. He was also interested in the nuts scattered across the ground and directly surrounding our vehicle. He was huge, much bigger than our vehicle and he had huge tusks that could have easily done some serious damage to us had he wished to. As we sat admiring this incredible animal, he walked around us and within what seemed like only inches. As he ambled down the road in front of us, I started the car and began to follow him at a very safe distance. After a moment, though, he stopped, turned around and spread his ears quite large as if to say to us “that’s quite close enough, thank you.” He broadcast his message quite effectively, but it was when he began to take some steps in our direction that the situation seemed to take on a bit of a different character.

My, those are nice tusks you have…

Neena later said that she didn’t think much of it until she saw me shifting the vehicle into reverse so as to quickly extricate ourselves from danger if that was necessary. Thankfully, the elephant decided we were not a threat at which point he turned towards one the trees, butting his head up against a huge limb as if to scratch his forehead and promptly shaking the limb creating a downpour of the nuts onto the ground for all of them to eat. It was a very exciting interaction and one of the closest that I’d had with a big male elephant so it was quite memorable to say the least.

We eventually made it down to Magi Moto for lunchtime as there is a picnic area there and a wooden boardwalk that extends out into the lake for viewing wildlife. The lake was low for this is the dry season and there were more flamingoes than I had ever seen in one location here in Tanzania. There were thousands and thousands of the wonderfully colorful birds who would take off in groups in perfect unison creating a pink cloud that would reflect light as they flew in one direction and then almost disappear as they would all quickly switch directions midair.

There was a hippo pool off in the distance where one hippo had climbed out and the other hippos appeared as large boulders in the mud until you realized that each boulder had a set of ears. As the lakeshore recedes, the hippos have to continue searching for the right depth pool and are constantly on the move. The hippo pool, the flamingos and the entirety of Lake Manyara laid out before us as well all finally sat down to have lunch at one of the picnic benches. Various versions of peanut butter sandwiches (PB and Nutella, PB and jam, PB and banana) were on the menu along with sliced mango and cubes of pineapple. We had made everything the night before and packed in the Land Cruiser’s ice box to stay cool. 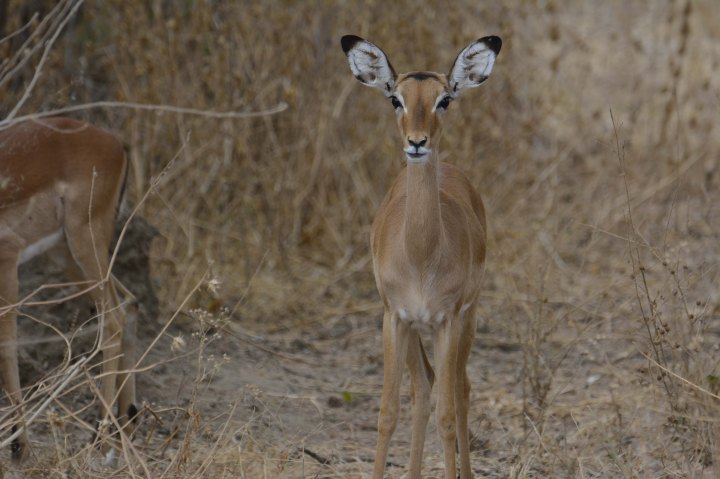 After lunch it was off to explore the further depths of the park and to search for lions. Unfortunately, we couldn’t find any no matter how hard we looked. I have previous sightings well marked both in my memory and my iPad’s navigation app, but despite this, we were unable to turn up one of these majestic beasts today. I’ve seen large prides of lions here before, but it just wasn’t in the cards today. I’ve also seen several groups in the trees here which is supposed to be a unique behavior of the lions of Manyara even though I’ve seen lions climbing and sleeping in trees in lots of other parks. 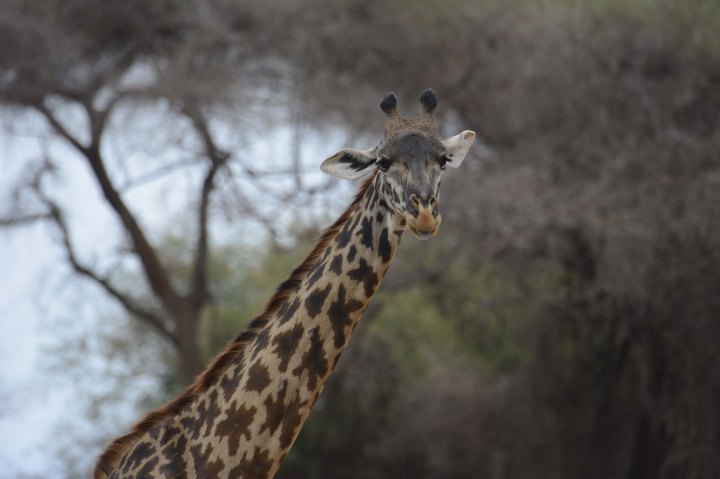 Unable to find the lions, we drove to the furthest point south in the park along the lakeshore before turning around to begin our trek out. Along the way, we ran into another family of elephants, this time with a little baby, but they moved on rather quickly, apparently uninterested in having us ogle the little one. They always protect their babies by having them walk on the other side of the mother as if to hide them. 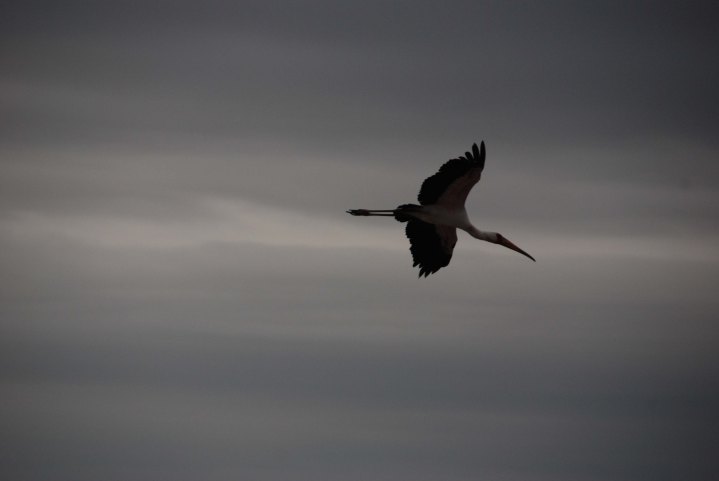 We left the park and made our way back up the escarpment heading back towards Karatu, stopping on the way to visit the African Gallery that is owned by our friend Nish so we could do a little shopping looking for gifts to bring home. We had no dinner that night waiting for us, so Glen suggested we see if Gibbs Farm had room for us for dinner and after some time, were able to find their number and confirm a reservation for that night for the five of us. We drove home, showered and cleaned up from our dusty safari, and drove over to Gibbs to enjoy a fabulous dinner along with drinks on the veranda beforehand at one of the most spectacular resorts in the area.

We needed that night at Gibbs for tomorrow we would be beginning our six days of FAME Neurology clinic that can often be quite exhausting. I’m sure my three residents had at least a sliver of apprehension not knowing what to expect as they went to sleep that night. Having done this so many times, though, I was again looking forward to the start of this season’s clinic and the interesting patients we would see while also being able to teach the caregivers here.