It is never easy to leave FAME, both emotionally and logistically. I should have learned this long ago. The times we’ve planned a safari on the way to Arusha seem to work the best, as we leave before sunrise and there are no goodbyes or late packing to deal with. As we had done our major safari last weekend and I had promised the girls that I’d take them to the Maasai market in Arusha to buy gifts, we decided instead to leave mid morning and would pick up Sokoine in town around 10am. Best laid plans as I’ve said before.

Kelley and Laurita’s final lecture and our final morning report

Kelley and Laurita still had one more talk to give at 7:30am (their third this week) and so we all headed up to the conference room at the early hour to talk about headache. Of course the talk went great as both of them are incredible educators and once again, Dr. Lisso held his tongue at the witching hour of 8am and let them continue. As it was our last morning report, we each said a few words and then headed off to get things done. We still had three patients in the ward – our young boy with meningoencephalitis, our girl with Sydenham’s chorea and a the gentlemen with Wernicke’s encephalopathy that I think I had mentioned before. If I didn’t though, it was a great pickup on Laurita’s part and he was now receiving his thiamine. We had to write final plans on them for our departure so the staff would know what to do going forward with each of them. Amazingly, all of the charting had been completed by Kelley and Laurita so there was nothing left to do there. We headed back to the house to get packed as neither of us had done any of that yet. Of course, we had to have a snack first of the left over rice from last nights dinner that Kelley fried for us with some egg while we watched segments of Samantha Bee that we all love with her commentaries on the current election. Thankfully, we are all exceedingly of the same political persuasion which makes things a little easier. 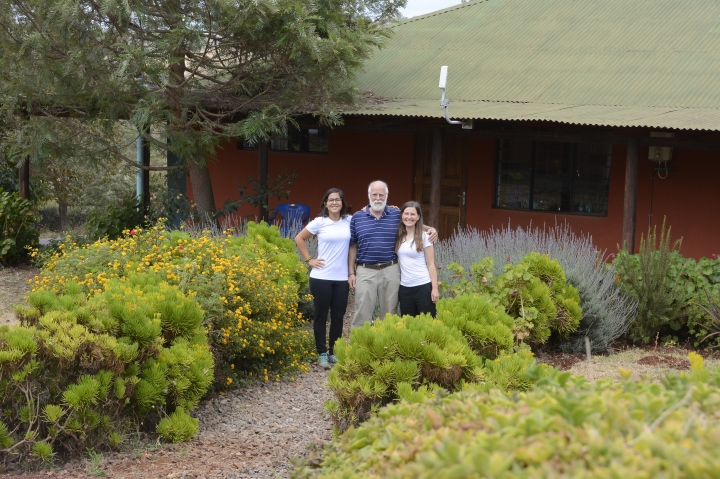 In front of our home, sweet, home

I think they enjoyed their stay

Packing for me does take a bit of logistics as I have things that I leave there each time such as our ophthalmoscope kits and I have to remove all the batteries from them as I found this out the hard way on one occasion and spent a day scraping out battery acid from their holders after the batteries corroded inside. I have a large duffel filled with my clothes that I leave, an extra pair of shoes, crocs, rain boots and all of my medical tools and references. Soon, after the new house is built, I’ll have a locked closet to leave everything in that will make things much easier for me. Once packed and the Land Cruiser loaded, I wanted all of us to walk over to the Raynes House for a quick inspection of where things were. The house is really taking shape and now has all the window frames in. The roof is complete and they are finishing the outside surface of the walls with concrete about the exposed brick. It really looks amazing. I think we’re in good shape for a finish prior to our return in March.

No, she’s not in jail. The window frames are now in the Raynes House

Finishing the outside of the Raynes House 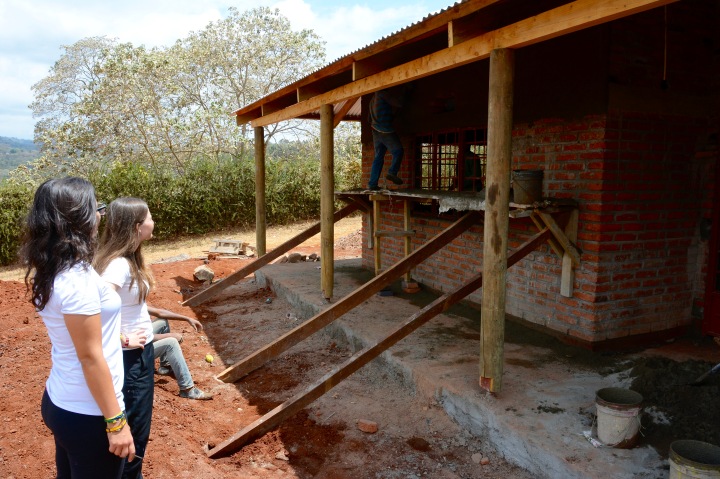 Eyeing the new home for the Penn contingent

Now it was time to drive down and say our goodbyes. Since I’m always returning in six months, it’s never really that difficult for me to do this. Kelley and Laurita, on the other hand, had become quite attached to everyone here and I could see it was difficult for them. We made our way through the outpatient clinic, the administration building, the lab and the ward. Selina was somehow nowhere to be found when they initially went through, but I bumped into her on her way back to the clinic and sent the girls to find her. When I found the two of them they were pretty choked up as Selina had cried saying goodbye and that was about all they could take. We realized that we almost forgot to say our goodbyes to Mama Susan so we went to her office and found her. It was obvious I think at how emotional the two of them were. Susan was her amazing self as usual and we headed for the Land Cruiser to drive downtown. I did mention that we had told Sokoine to meet us at 10am, but by now it was 11:30 am and we still had more errands to do in town. First was to pick up our final gifts from the tailors shop that required me to get some shillings and both Kelley and Laurita to visit the ATM both for this and their plans at the Maasai Market.

Our visit with Daniel

Then it was a visit to Daniel Tewa’s home to say goodbye. That is never easy and, of course, Daniel had African coffee ready for us so we all sat down in his living room (the center room of his Bantu-style house) to enjoy the noontime coffee boiled with milk. Both Laurita and Kelley had wanted to look at some things that Daniel had for sale in his house as he has safari groups often come by to see him original Iraqw home and to give a presentation of Iraqw culture. We all enjoyed the coffee which can’t be chugged given how hot their thermoses keep liquids here, so we just relaxed and enjoyed the friendship while the girls did some shopping . Sokoine had never met Daniel before, so it was fun for the two of them to banter back and forth since the Maasai and Iraqw were enemies for so many years mainly over the fact that the Maasai believe all cows belonged to them and taking them from the Iraqw was merely returning them to their rightful owners. We left Daniel’s to hit the road for Arusha, about 1-1/2 hour drive, all on tarmac.

The drive went quickly with a stop in Makyuni for fuel and before we knew it we were in the outskirts of Arusha. I had wanted to stop at the Arusha Coffee Lodge as the Shanga Shop is now there and it is a great place to shop for gifts. They employee people with physical disabilities who make things out of recycled glass and other materials. After this, we were off to drop Sokoine at his in-laws house where his wife had come yesterday from Karatu and where his son lives to go to school. They live in Mianzini, a small suburb of Arusha on the north side of town on the slopes of Mt. Mere. Most importantly, Sokoine had informed us on the ride into town that he was getting married tomorrow!! They had never really had a formal ceremony and the affair was going to be the following day and he asked me to come. He would have love for Laurita and Kelley to come also, but unfortunately they were flying out just after noontime and that wouldn’t work. As I had to drive them to the airport, I would be back just in time for the ceremony.

As with any visit to a Tanzanian household, one can never escape some type of a meal (we were only able to leave Daniel’s with just coffee as I told him that we were running late getting out of town) as it would be considered rude to have a guest and not offer them something. They had prepared us Pilau, which is meat flavored with chunks of beef in it, and soft drinks. We were actually quite hungry as we hadn’t had lunch so it was very much appreciated. Sokoine’s wife, Upendo, is lovely, and his 3-year-old son, who looks just like him, is amazing. We left their house to head to the Maasai market, but before we could leave, I had to back an incredibly large stretch Land Cruiser out of their gate that opened onto a less than one car alleyway with shops directly across. After almost completely collapsing a row of shops as I couldn’t see the post behind my vehicle with the side mirrors and it wasn’t until Sokoine and Kelley got out to tell me that we were finally on our way.

The Maasai Market in Arusha is an experience to say the least. And arriving in evening when there are far fewer mzungu around can be dangerous and give one the feeling of being fresh meat. There are at least 100 stalls that are under cover, kind of, and all carry mostly the very same thing – beadwork, paintings, carvings, knick knacks, wall hangings and ever other imaginable tribal piece of art or craftwork. All the vendors stand immediately outside of their stall and try every which way to get you to enter their little shop to possibly buy something however small. It is mind boggling and mind numbing at the very same time. I’m not sure that Kelley and Laurita were quite certain exactly what they were walking into, but they quickly discovered the real ambience of the place. You end up loving it, though it does take some time getting used to it. We bought a few things that evening with the intention of going back the following morning as neither of them had completed all of their shopping and we were all pretty pooped from the day. We left the market when it was pretty much dark and getting a bit scary to be walking around.

We drove home to Leonard and Pendo’s house where we’d be spending the night. Leonard was our safari guide who introduced me to FAME and who I owe everything I now have in Tanzania to. I have had residents stay with the Tembas for virtually every trip I have brought them and they remain as gracious as ever, making sure everyone has a bed for the night and serving whatever meals are needed. They are truly amazing. Pendo had driven to Nairobi for the day to pick up the their two boys, Lenox (11) and Lee (7), who are going to school in Nairobi and were getting out for November and December. Leonard was working in town when we arrived to their home, but we were able to enjoy the company of Gabriella, their youngest, and Pendo’s sister who cares for her when they’re gone. Leonard arrive a little bit later and we all had dinner together as Pendo had been delayed in leaving Nairobi and wouldn’t be getting home until very late with the boys. We all went to bed before 11pm and were quite exhausted from the day between the emotions of leaving FAME, the drive, and shopping.