Well, I had all but caught up with my blogs and quite content until movie night. Last night, we decided to watch a movie on the computer and all huddled around a small screen Mac to watch “Looper,” a great sci-fi time travel movie which are my favorite. Kelley and I had seen it before, but it was Laura’s first time and she loved it as well. Not quite the same as watching it on a big screen television at home with surround sound, but equally as enjoyable considering we’re half-way around the world in a place with few of the luxuries of home and where we can often hear hyenas in the distance at night as we sleep. So, needless to say, I enjoyed the movie last night as opposed to typing my blog for the day, but it was worth it. 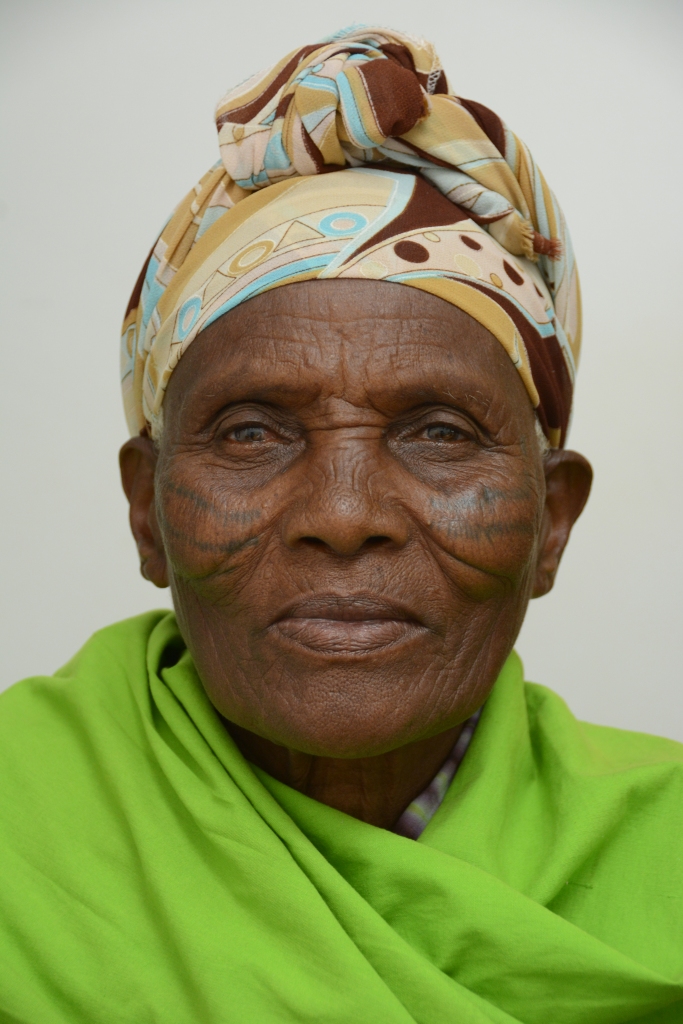 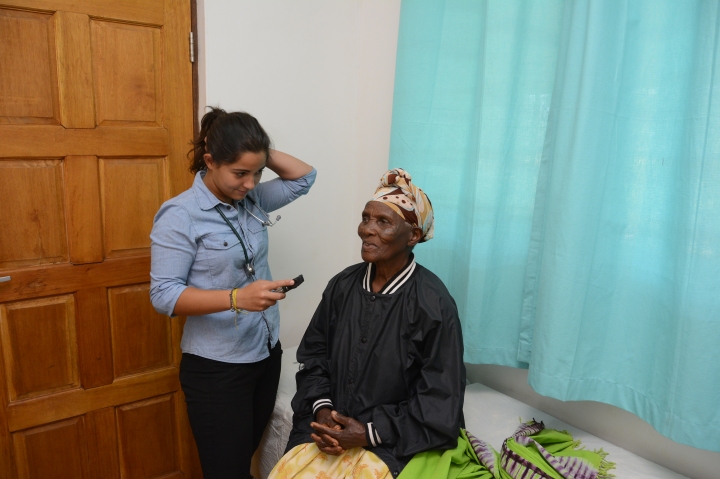 As part of our room and board here, we have dinner cooked for us each weeknight and must fend for ourselves on the weekends. We come home to our house and on the counter are three hot pots, one for each of us with our dinner and fruit for dessert neatly tucked inside. Monday night is fried chicken and Wednesday night is pork loin with the other nights being potpourri. Each hot pot has one of our names on it and they are left in the appropriate house that each one of us is staying in. Two nights ago, we can home to “Dr. Mike,” “Dr. Kelley,” and “Bill” hot pots. I had no idea who Bill was as I was fairly certain there were no volunteers here with the name of Bill so we were quite confused. We presumed that they had just put the wrong name on it so Laura had absolutely no issue with eating “Bill’s” dinner and the spaghetti with veggie sauce (quite delicious!) disappeared in very short order. After we had all devoured our dinners (you develop quite an appetite working here considering there is no snacking in between meals), Laura went over to Alex’s house just to check and see if there really was a “Bill” here only to find out that a consultant mzungu computer expert from Kigali had arrived that day whose name was Bill and was staying with Alex. Oops!! Well, all turned out well in the end when Laura returned with her actual dinner (with the right name) after having discovered that Bill is actually “allergic” to onions and was more than happy to forego his dinner which was very quickly turned into leftovers in the refrigerator after Laura took a rare opportunity here to have seconds.

Charlie with his new badge

It doesn’t get more cute than this

Our day in clinic began as most with both Laura and Kelley participating in morning rounds in the wards while I made preparation for our clinic which meant unlocking the ER and meeting with Sokoine to see what the schedule would be for the day. This morning I also decided to post my blog which meant battling with the Internet, a typical pastime here at FAME. We have multiple WiFi networks and can access a few of them, but nothing is hooked up to cable or satellite and so however you access the Internet, it’s over a cellular network. That means that it’s not only quite slow, but the speed and connectivity seem to fluctuate with the whims of the atmosphere while in reality it has to do with how many people are also accessing the Internet at the same time as you. To upload my photos, post the text and insert the photos in their appropriate place can take from 30-60 minutes of wrestling with the Internet. This is another expected source activity here and has to be planned for in your day. And then there is the time difference, of course. We’re checking our morning emails which are from the day before and then replying to them overnight so they can be read the following day. Not the most efficient, but it works in the end.

Today at lunchtime, FAME was celebrating the return of a few doctors and the departure of Dr. Anne, who will be going off to Assistant Medical Officer school for two years. This is a big event and means a special lunch for which all of us were excited. FAME continually sponsors their clinical officers and nurses to advance their training which is a hugely positive thing for everyone. It is difficult for someone to afford to go back to two years of schooling after they are already working and a big commitment for FAME for cover these costs, but the advantage of having highly trained clinicians if obvious and why FAME has the reputation in the country that they have. Meanwhile, though much less significant, it meant a fantastic lunch for the rest of us – half a roasted chicken, grilled plantains, shredded salad with tomatoes, watermelon, a banana, and cake! It’s a wonderful time for everyone as the entire staff comes out at the same time to participate in the celebration with kind words said for those being honored and lots of food. We were so glad to be a part of it.

Kelley’s patient today with advanced Parkinsonism was very interesting case. He was brought in by two of his sons and was very bradykinetic. He arrived in a wheelchair and was unable to ambulate. His exam was difficult due to the fact that he was so advanced and I he had never been seen by anyone at any medical center save for Karatu Lutheran Hospital where I can guarantee that he hadn’t seen a neurologist as there is only one other in Northern Tanzania and who’s at KCMC in Moshi. After our evaluation, it was clear that he had some underlying neurodegenerative process either representing advance PD, progressive supranuclear palsy or less specific disorder such as MSA-P. We decided to give him a medication trial with carbidopa/levodopa starting very slowly and will come back to see us in two weeks while we’re still here so that we can see if the medication is helping him and adjust it accordingly.

We also had a request to see one of the FAME staff today who was having acute back pain superimposed on a history of chronic back problems. Laura saw him and his exam was remarkable for only a missing left knee jerk, but was otherwise totally intact except for the pain which was quite substantial. Though we would manage the acute pain the same way regardless, I felt it would be helpful to obtain a CT scan of his back at some point and checked with Frank (i.e. The gatekeeper) as to whether we would get it sooner or later. Sooner won out and so we proceeded to warm up the brand new FAME CT scanner that would take an hour for it to be ready for us. Once ready to function, Laura and I went to the new radiology building where the scanner resides along with a complete radiology suite to do plain films, etc. We have a tech, but no radiologist at present, so the CT scan would be read by us, though we have plans to send it back to the US for a more qualified to look at. The study didn’t show anything concerning which was a relief in this situation, but we’ll have more information when we get the read from back home. There is a new MRI scanner in Arusha that was installed in March, but it is quite expensive to have this done as one can imagine.

Laura looking on from the control room

I ended my clinical day by being called to the ward to see a 95 y/o Bebe (old woman) who had been brought by her family for confusion and refusing to eat or drink. She had a nine year history of a gradually progressive decline in function consistent with dementia and was no becoming more and more agitated such that she had to be restrained by her family in the ward. She was mumbling incoherent words and constantly resisting any attempts at restraint by her family. I did as good of an examination as I could given her agitation (she quickly grabbed my reflex hammer from me) – she had contractures of both lower extremities clearly indicating that she had been bedridden for some time. She had no other obvious findings other than her agitation and delirium likely superimposed on a chronic dementia. We were unable to consider any oral medications as she was refusing everything, but thankfully we had injectable haloperidol for her. The only issue was how much to give a 95 y/o Bebe? Well, 2.5 mg IM worked quite well and within about 30 minutes she was much more comfortable and calm. Hopefully, she will be willing to take food and medicine orally going forward.

And now that takes us back to movie night. The evenings here have been wonderful with clear skies and amazing sunsets. We try to make it to Joyce’s “dinner” (more on this in a moment) veranda to all share stories of the day and previous visits when FAME was in its infancy. It is so relaxing to just sit back in the soft rays of sunshine, the jacaranda trees lighting up the horizon and sun getting ready for its evening ritual. The Raynes House now has the beginnings of a roof and is really taking shape. I will plan to do a walk-through with Nancy to look at how things are progressing and begin to discuss furniture. The “dinner” veranda reference comes from the fact that the veranda on the new house will be the “breakfast” veranda so as not to impact on the great evening dinners we’ve had at Joyce’s. It was not a difficult concession to make.