I have written many times about the Rift Valley Children’s Village in Oldeani, about 45 minutes from FAME. It is not an orphanage, but rather a home for about 100 children through the age of 18 who have come to live there for various reasons. Some are orphans and others were brought there because their families could no longer care for them. It is an amazing facility and anyone who visits there cannot help but feel the peace and security that these children know despite the noise and commotion that may exist at times. India Howell, or Mama India as she is known locally, has created a masterpiece at RVCV that is unlike any I have known and her formula of love and care not only for her children, but also for those living in the surrounding area, has created a unique opportunity to improve the quality of life for all those involved. It has been our privilege while working at FAME to provide a two day neurology clinic in conjunction with the regular twice monthly FAME general clinic.

Our typical day to attend the RVCV clinic begins with morning report followed by preparing the necessary medications and supplies we will need in addition to that brought for the regular FAME clinic. We try to leave before 9am to begin our clinic as early as possible, but it never fails that something holds us up and this day was no different from the rest. Dr. Isaac had a patient that we had seen before who had contacted him about seeing us and he had told them to come in. He was a young boy who had been previously diagnosed with basilar migraines characterized by classic migraines and episodes of confusion along with loss of consciousness. He had been place on topiramate, a medication we bring from the US due to it’s expense and lack of availability here, which had worked previously, but had been out of the medication for well over six months and his headaches had returned. Restarting his medication was pretty simple, but we had to go over his history again which took some time.

Jackie had also been asked to see a young patient on the ward who had been developmentally normal until age 5 or so and then had rapidly lost milestones and general function. She clearly had a neurodegenerative condition, but it was not until she obtained the history of the hand waving or flapping that had been present early on that it became clear that the young girl had Rett syndrome, a somewhat rare genetic disorder. Another fascinating patient for Jackie to see and to add to her list of interesting pathology she has seen while here. 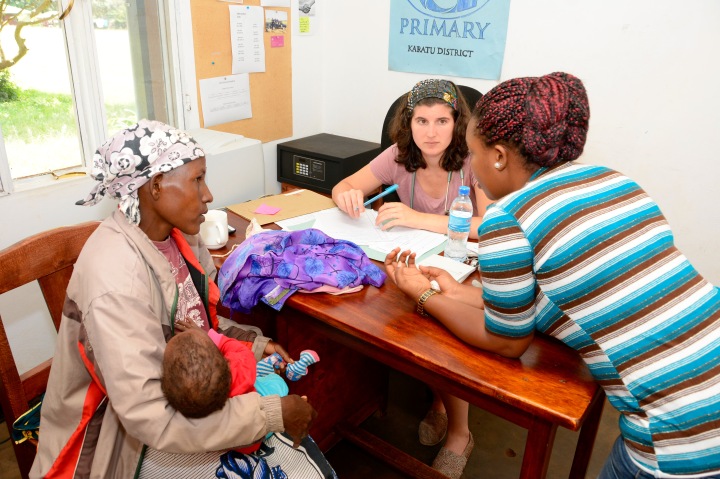 Daniel obtaining a history for Jess

We finally broke away from FAME about an hour late which delayed starting our clinic at RVCV until close to 11am. The drive to RVCV is incredibly beautiful and runs through some of the most luscious and fertile farmland in Ngorongoro Highlands and as you approach the village you begin to travel through a large coffee plantation so typical of the region. As we drove through the gate of RVCV and approached the administrative offices where we see patients we could first see all the patients waiting for the FAME general and neurology clinics. We had a large number of patients to get through so we worked in two rooms with Daniel helping again to round out our interpreters for the day. He was again incredibly capable in that capacity and Jess had him so proficient in asking the headache questions that she could finish her previous note while he was asking his questions for the next patient and when she was ready he would summarize the history for her. Daniel, who just passed his exams to continue on in school is very interested in going into medicine so it will be very exciting to watch his progress towards that goal and I am looking forward to it.

Jackie weighing a young child – an all important task

We always look forward to lunch at RVCV as it is some of the best food we eat during our entire stay in Tanzania. There is always fresh fruit and the cookies or cake for desert are always a hit. We continued to work after lunch until late in the afternoon and I decided to take a route home that was even lovelier than the one we took in the morning. It is impossible, though, to catch the grandeur of these highlands in a photograph so suffice it to say that you are breathless for the entire drive both there and back and as we approach Karatu we are continually reminded how fortunate we are to have the opportunity to visit and work in a region such as this not only for the beauty of the land, but also of its people. 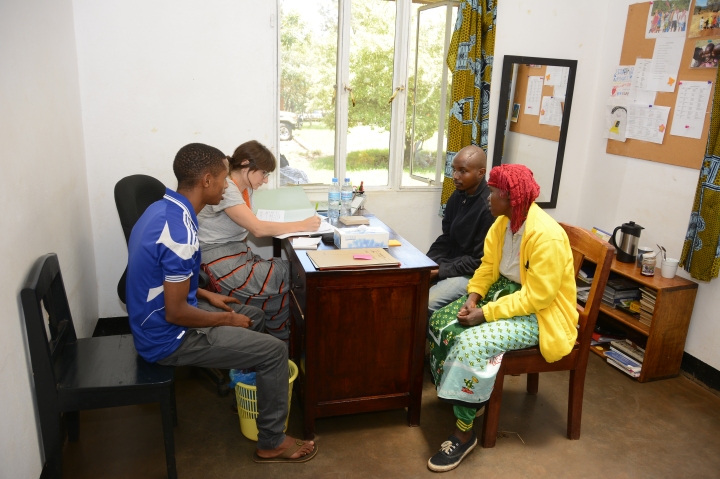 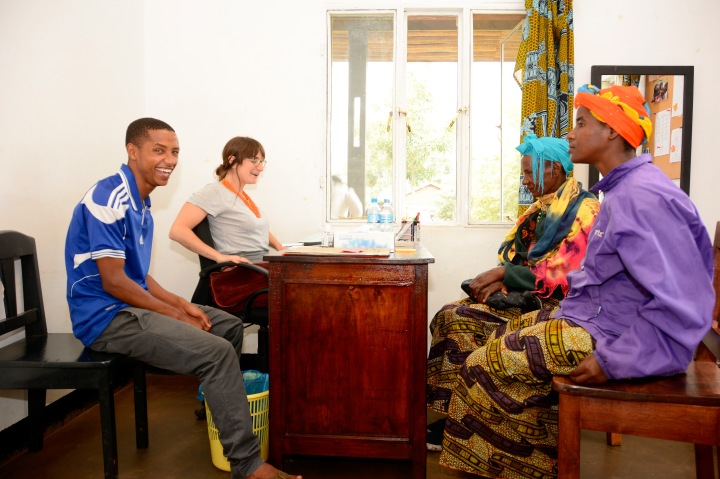 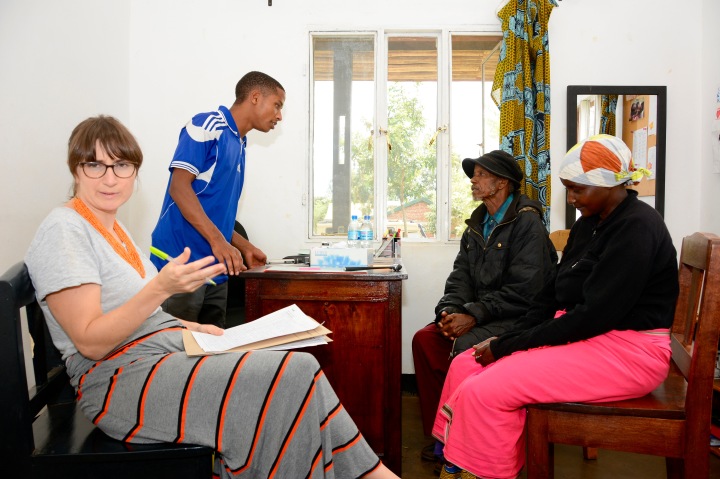 “Dr. Daniel” obtaining a history while Jess scribes for him

We arrive back at FAME to eat some dinner and then head out to a gathering of expats and volunteers at a local pub where we all relaxed and shared stories of our various experiences in Tanzania. It is clear that everyone here has quickly fallen in love with this country. We had much of the world and job types covered by the volunteers at the table. Some have experience in other countries, but the story is always the same and it is that Tanzania is where they chose to come because of its people.