Stroke, Psychosis, Epilepsy and a Concussion… 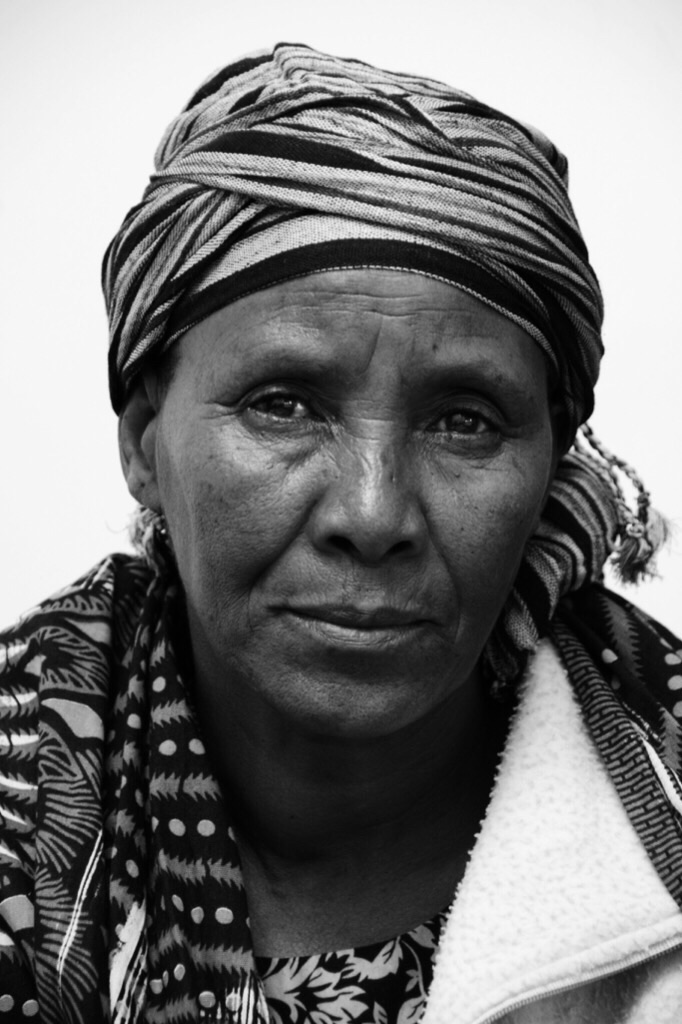 A Lovely Patient of Ours

Our day began with one of our three weekly lectures by visiting doctors to the staff here at FAME. Thu did an amazing job discussing a case presentation of the young woman who we did the first EEG on here and it helped immensely in directing her management. It related to the different seizure types and which medications were appropriate and she did it in a way that kept everyone engaged throughout the entirety of the presentation. The selection of the best antiepileptic medication can be very difficult at times and she gave an easily understood and concise explanation on how we go about making those decisions.

Our first patient of the day was a gentleman who had suffered several strokes in the past and had been treated at Muhimbili Hospital in Dar es Salaam and was then transferred to a hospital in India. We had to sift through all of his outside records along with outside scans from Muhimbili University in Dar as well as the hospital in India to review his history prior to seeing him. He had previously been a pilot for Precision Air and had had his first stroke last year with left sided numbness primarily and no permanent deficits. In April of this year, though, he had a more significant event that left him with left sided weakness and on review of his MRI scans he was noted to have severe subcortical disease and micro-hemorrhages in addition to an acute right basal ganglia acute infarct on DWI. The most concerning finding, though, was that he had the micro-hemorrhages (suggesting amyloid angiopathy) and was placed on aspirin and clopidogril – dual antiplatelet therapy in a patient with an existing propensity to bleed – which had a very worrisome risk benefit ratio. These areas are not black and white, but certainly places where we can offer help in treating patients based on current practices that might otherwise not be appreciated. 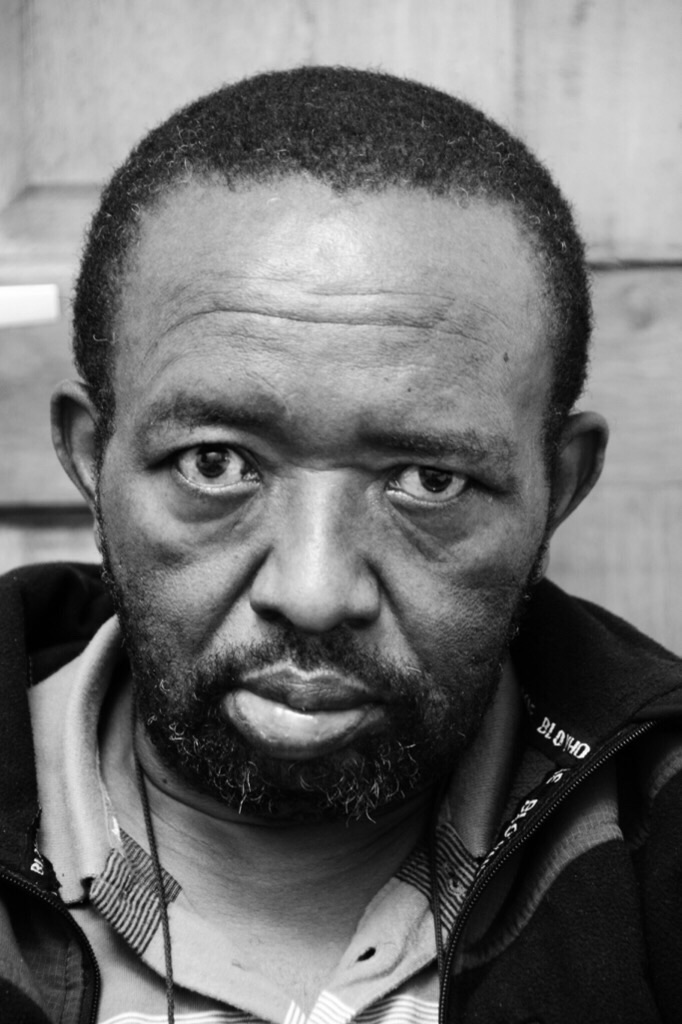 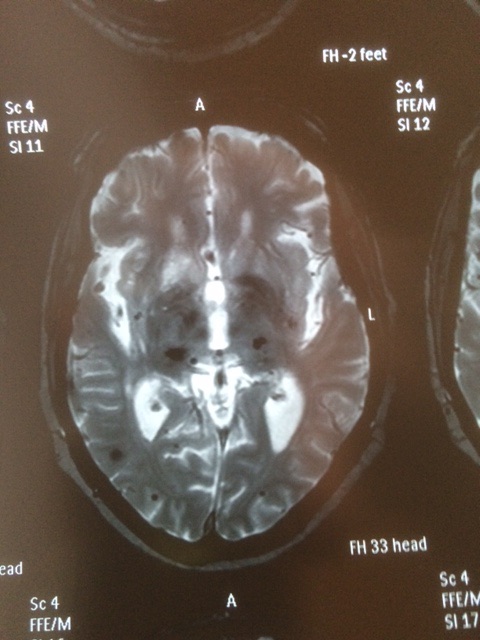 Microhemorrhages on the MRI Scan 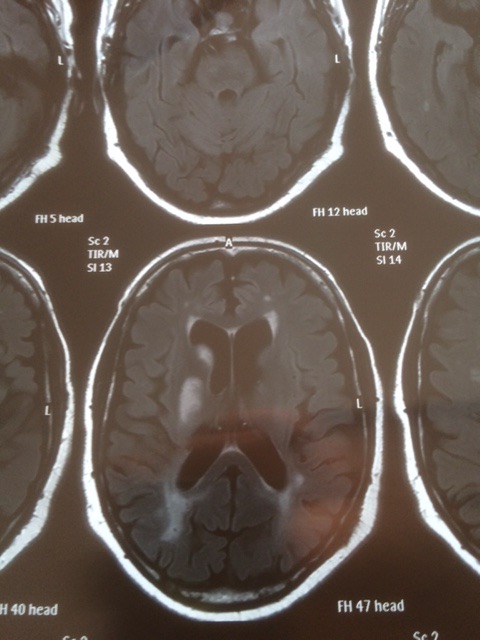 We saw a young man that I had first seen six months ago with psychosis who I had been concerned about either alcohol abuse or schizophrenia as he was the right age group. He returned today with his mother who noted that he had been much improved when taking the medication I had prescribed, Olanzapine (an antipsychotic), for two months, but that the medication was too expensive for them to buy and he was back to being very psychotic and difficult to control. They also adamantly denied alcohol or other substances so it was pretty clear that he has a primary psychiatric disorder with severe psychosis and all we can help with is symptom management at this point. We decided to give them three months of medication that will be covered under the subsidized small neuro visit fee and will have to figure out whether we can cover the cost of the medication they will need until I return again in March. These issues are the ones that we are currently working on – how can we get patients the medications they need if they can’t afford them. Such are the trials and tribulations of practicing medicine in rural Tanzania.

Meanwhile, the epilepsy team continued to roll along seeing any patients with potential seizures and doing EEGs when needed. Cara has been instructing several of the nurses here in how to apply the electrodes and perform the study and they have been doing great. We also have the EEG machine now fully set up on it’s own stand that was configured here and looks just like it did prior to leaving the states. The hope is that studies will be performed going forward and Danielle will be reading them at home and communicating the results. The infrastructure isn’t fully implemented yet as far as getting full studies home on the internet, but once the radiology center is up and running it will need to have that capability and we will hopefully be able to piggyback on that. For now, we will use the traditional technology for transmitting information home – cell phone images or videos and email. It works surprisingly well and has allowed us to make some amazing diagnoses like our patient with Sydenham’s chorea several years ago who has done so well since then. 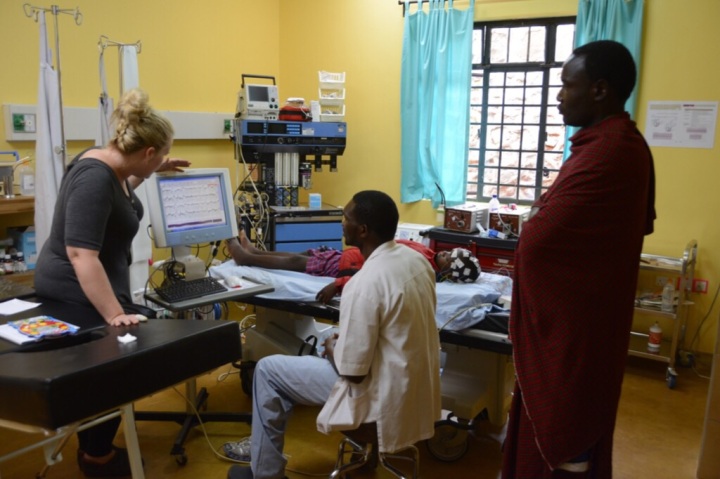 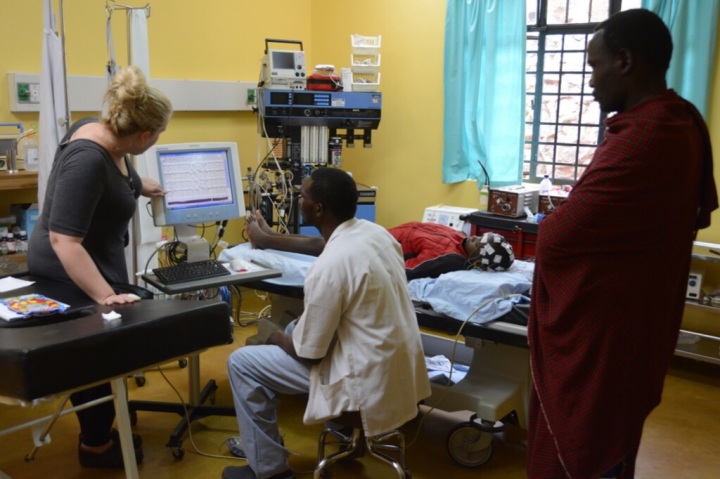 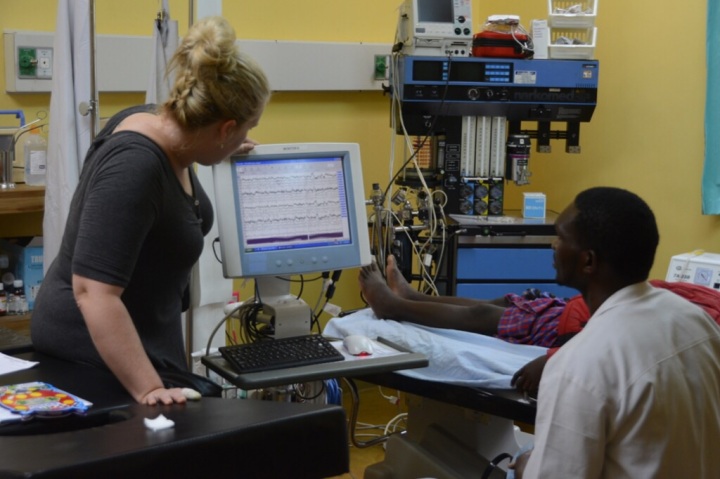 I ended my day later in the evening after a phone call from the American School for Field Studies down the valley in Rhotia called with a young man who had suffered a concussion the day before and was now vomiting. We told them to bring him up and luckily he looked fine and had a normal examination so was just suffering from post-concussive symptoms. We see many similar undergrads at Penn and hopefully he will begin feeling better very shortly. Brain rest and refrain from any physical activities until he is symptom-free. Many treatments are universal. 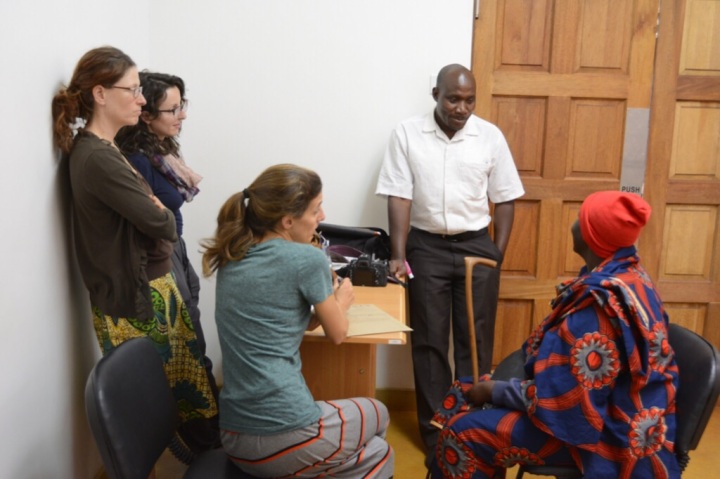 Lindsay Seeing a Patient from Oldeani with Isaac, Danielle and Ali Looking On