A wonderful clear morning to sit on our veranda with a spectacular view of the Ngorongoro Highlands and coffee plantations covering the hillsides up to the border with the NCA (Ngorongoro Conservation Area). Birds that are unfamiliar to the ear continuously chirping and breakfast with Payal’s delicious Tea Masala complete this nearly perfect picture of serenity.

It’s our first morning to report to work since we’ve arrived and we’re scheduled to travel to the Rift Valley Children’s Village for neurology clinic both today and tomorrow. We have our usual delay getting things ready for the clinic as we must remember everything since you can’t come back and pick it up. Luckily, we’ll bc coming back tomorrow so it’s not to difficult to bring it the next day. We’re having lots of internet shida (Kiswahili for “trouble”) so I have to sit outside the clinic to get yesterday’s blog posted but it doesn’t happen as the internet is just that slow. Don’t ever take your high speed internet via cable for granted again. It can get much, much worse, trust me.

The drive to RVCV wasn’t entirely uneventful as I watched the temperature gauge on our Land Rover continually climb but luckily just made it there before overheating. Thinking it just needed some water we discovered that the radiator fan had unthreaded during the drive and was no longer attached! With the help of one of the FAME drivers (who had come up in the other vehicle) the fan was reattached and cinched down tightly. That would not have been good in the middle of the Serengeti or down in Ngorongoro Crater. We’ll have it looked at tomorrow. 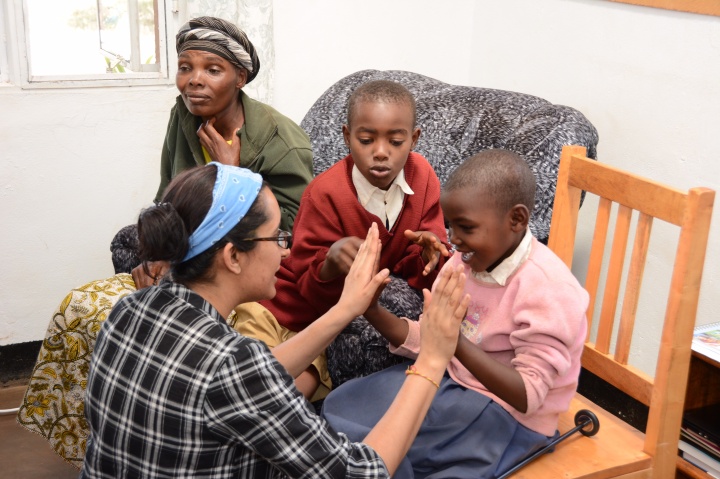 Clinic was busy and I had Christyn and Payal working together with me observing for the first shift. We saw mostly kids making Payal quite happy though there was enough for Christyn and I to contribute along the way as well. We ate lunch around 1:30 and then returned to clinic only to find the infant of a friend in the exam room with Dr. Isaac. She had apparently had a prolonged seizure during a nap and they had given her some diazepam before we arrived. What was immediately apparent to the three of us was that she wasn’t moving her left side very much and when we questioned her dad, it was clear that she had had a focal seizure. And she was quit febrile. She had had a simple febrile convulsion back in November, but this was quite different. Payal jumped into action (I can’t tell you how reassuring it is to have a pediatric neurologist along with us!) and decided that we needed to initially move the child to FAME for antibiotics and then to Arusha for a CT scan to rule out an abscess or empyema. 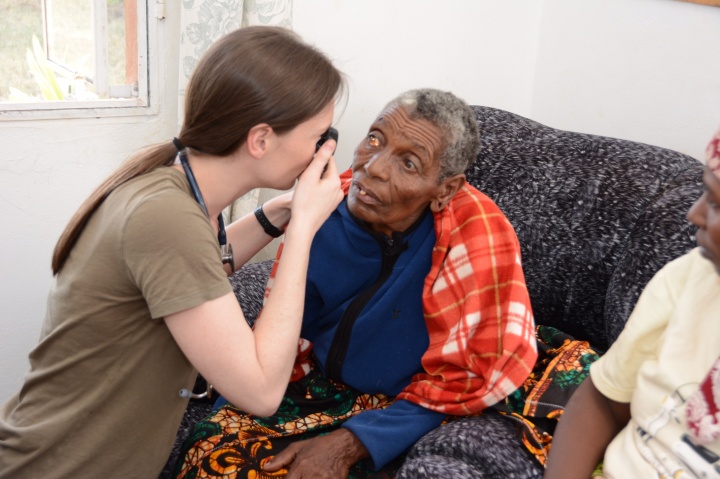 After some discussion it was decided that Payal would travel  them all the way to Arusha just in case something should happen en route. Meanwhile, Christyn and I continued seeing more patients at RVCV and she was so excited when we finally got a real adult neurology case at the end – a ninety year-old women with headache who likely had occipital neuralgia and Christyn was able to do an occipital nerve block on her since I had brought the necessary supplies with me. Full service neurology!

We got back to FAME before Payal had left as they were still infusing antibiotics and then they were off to Arusha. Frank had notified the head of the hospital that they were coming, but somehow the message never got through. Payal called me around 9pm to let me know that when they had arrived in the ER there, the doctor had no interest in listening to her nor were they planning to do a CT on the child. I ended up speaking with Frank and Susan who then called the hospital head again and made things happen. It’s the next morning now and I did hear from Payal that the CT scan showed evidence of meningitis, but no other abnormalities so all is well and the baby is admitted there to finish her course of antibiotics. Payal is on her way back to Karatu and will be here in several hours. I’ll get the full story from her when she’s back.

I’m sure there are many lessons to be had with that story, but I haven’t had time to digest it and should probably wait for Payal to fill me in on the details regardless. We spent last evening with Frank and Susan on their veranda doing lots of brainstorming for FAME and how the neurology program here will fit in over the coming years. There is clearly a huge need for neurology here in Northern Tanzania just given the high prevalence of epilepsy and we hope to make that a focal point of our project going forward. For now, though, we are seeing lots and lots of patients and we haven’t even begun our neurology clinic at FAME that will be all next week. I suspect Monday will be mobbed.