The morning began with rounds at 8:30 am, though I had to excuse myself for the first part so I could work on rounding up meds and supplies for the second day of mobile clinic (those things we realized we didn’t bring with us on day one such as antihypertensives for a patient complaining of headache who had never had their pressure taken before and was very, very high). When I returned to the end of rounds (mainly to drag Danielle and Doug away) it turned out one of our patients was found to have active pulmonary tuberculosis with a young baby and needed to be transferred requiring some active discussion. So much for leaving on time. 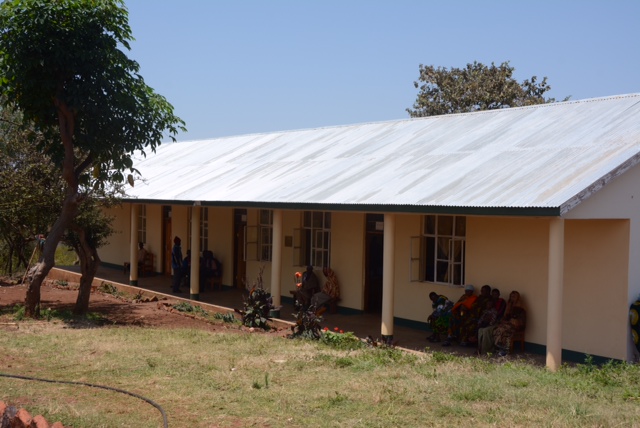 Government building for used for our clinic

Getting weighed at a well-baby visit to the dispensary

We finally got on the road which entails several stops to pick up lunch (samosas, quiche, an interesting rice cake, and variously flavored Fanta drinks) prior to really making our way to Kambi ya Simba for day two. We suspected the day would be a bit slower, but we had several good patients. One was a stroke patient with a significant hemiplegia who had been seen at a hospital a month or so ago and was told he had a pneumonia. It was a great teaching case for Dr. Isaac as he had Danielle working with him so they went over the abnormal neurologic examination as well as all the aspects of out patient stroke treatment. 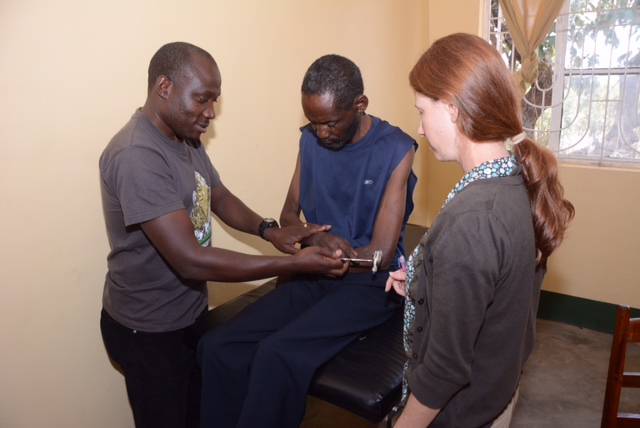 Our final patient thrilled Doug as it was a child with a facial palsy of two months duration. In the US we usually check for Lyme disease, but in Africa any patient presenting with a facial palsy (Bell’s palsy) must get screened for HIV. He had been to the hospital at the onset of his weakness and we were able to determine through his mother that he had his HIV status checked and it was negative. Thankfully as he was a very cute little boy. He had incomplete eye closure though with risk for injury at night due to corneal abrasion and they have been given no instructions for eye care whatsoever. So at least we were able to help in that regard. We’re meeting them tomorrow morning on our way to Upper Kitete as we didn’t have eye patches with us, but will fashion some prior to leaving tomorrow morning. 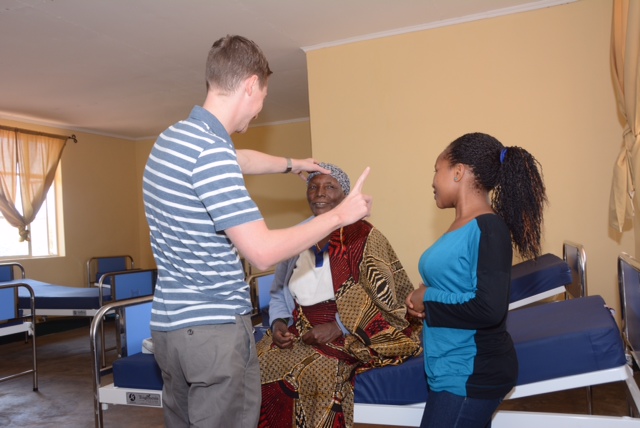 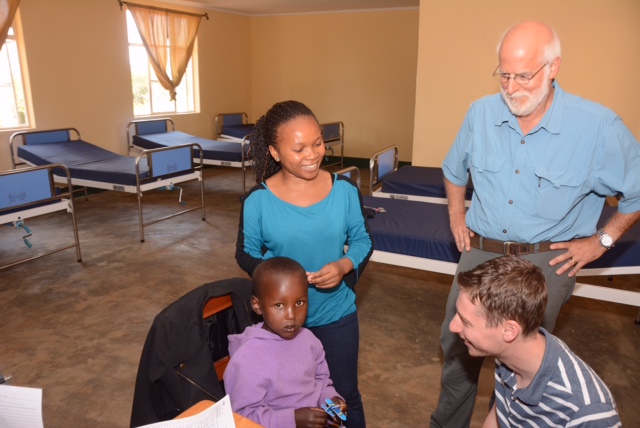 Our little boy with facial palsy being evaluated by Dr. Doug (in his element now!)

On our way home we received a text that Doug’s pediatric skills were needed back at FAME so we arrived to find a three year old with respiratory distress of two months duration that didn’t respond to any asthma treatment and who X-ray was unimpressive except for some atelectasis. The child would desaturate every time she dozed and she was really using her accessory muscles to breath. Doug is convinced she must have aspirated a foreign object and she’s now scheduled to be bronched tomorrow morning.

A quiet evening back at the house just talking with Danielle, Doug, Joyce and Kelly. Tuesday is Tanzania’s version of mac and cheese. Not bad, but leaves a little bit to be desired.