We’ve had wonderful light shows off in the distance over the Lake Eyasi region or on the Crater Rim most every night. They are gorgeous when they are not right on top of you. Last night we have the heavens open up just after bedtime and continue through the night. The rain and wind that hit first, though, was absolutely amazing and very powerful. Anyone who knows me will not be shocked to know where I first went after it began….outside! Yes, in the middle of near hurricane (or is it typhoon over here?) strength winds, sideways rain and constant lightening I went out the back door and stood on our porch for more than half an hour. The lightening was so frequent that it was like daylight and I had no use for my torch. I finally climbed into bed and the storm continued. We had a few tree limbs down here and there, but overall there was no damage here other than some cleanup that was needed.

We had our Friday morning lecture at 8am that was given by Liugi, our lovely Italian internist who is just a gem. He spoke on stroke surprisingly enough which was pretty ballsy considering he had two neurologists in the crowd. We promised not to heckle him.

Thobias was doing great on rounds this morning as you can tell from the pictures attached. No seizures in over 24 hours (please knock on wood for me) and wide awake and alert. If he is doing well tomorrow we will likely discharge him to home. His smile today when he saw us was a sight for sore eyes. He had a great time with Megan’s smart phone as you can see here. 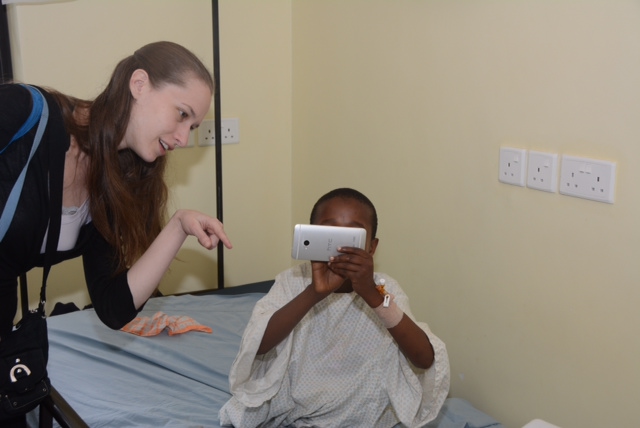 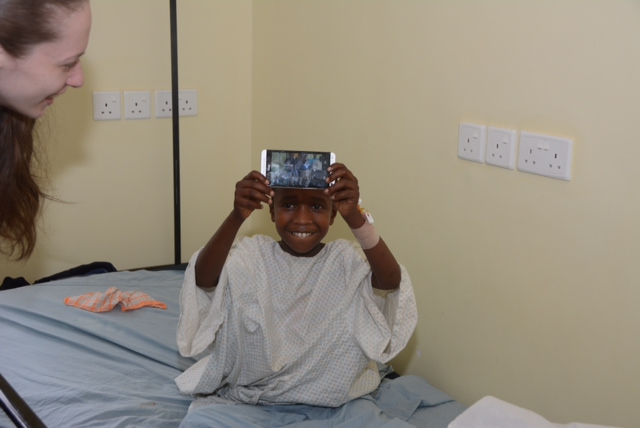 Clinic today was mainly seeing some patients who were left over from Oldeani and Rift Valley Children’s Village last Saturday along with some local patients needing to be evaluated. One young girl and her mom traveled from the Loliondo district where I was last September which is at least 7 hours by private vehicle and longer by bus.

I received a text from Eliza Hatch of Thomson Safari earlier today inviting us up to Gibb’s Farm for a drink this evening and a visit to Gibb’s is something I would never turn down. Eliza is working on a project with Thomson to build a dispensary in the Loliondo district and has consulted with me in the past and I have ideas of possibly using it as another site for our mobile clinics (which would be by air, though, and not driving) where we could provide training for the clinical officers there similar to what we are doing at FAME. They had the entire board of FOTZC (Focus on Tanzanian Communities – Thomson Safari’s non-profit building the dispensary) there so it was good to meet everyone. Megan even got to take a few photos of the bush baby there while I was talking business. 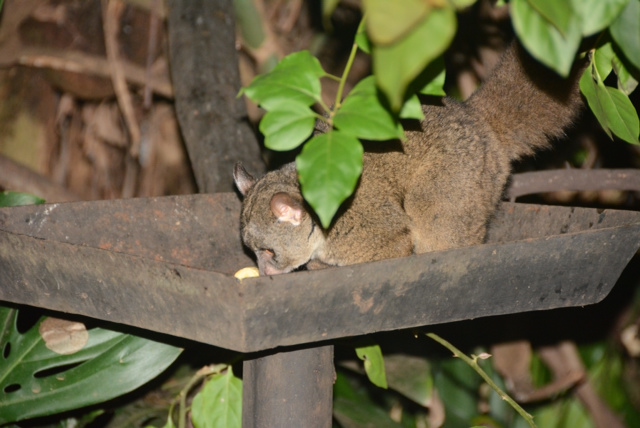 Tomorrow is our last day in clinic and that is always sad for us. We’ll be here tomorrow night and then again on Sunday night after our Ngorongoro Crater safari on Sunday and we leave on Monday morning for Arusha with a short detour to Tarangire National Park on the way.